What is the Hive Blockchain? An Introduction 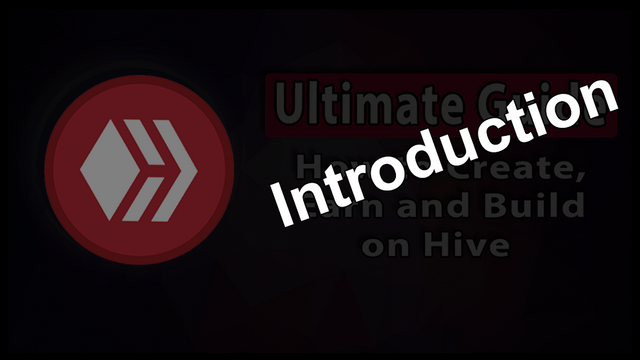 A little while ago, @theycallmedan hit me up and mentioned that he spoke to an honors class at OK State with 40 students and 6 teachers in attendance. In it, he referred to a guide I created back when the Hive blockchain first launched in early 2020.

To be honest, I hadn't really looked at that guide much since back when I created it. Hive was brand new and LeoFinance (recently rebranded from SteemLeo) was regaining it's footing as we got ready for a new chapter - which turned out to be a blessing in disguise for our project.

After Dan mentioned the guide, I gave it a quick review for old time's sake and while it feels like a lifetime ago, there are some good bits and pieces in there that are relevant - especially today.

The Hive blockchain is bustling with activity over the latest run in HIVE's price from $0.10 - $0.40. I was a buyer (and HODLer) down at $0.10, so positive price action is always nice to see.

Hive is a great project but like many in the crypto space, it is plagued with nuances and intricacies that create a high barrier to entry for any noobie looking to dip their toes in the water.

LeoFinance has always aimed to solve these intricacies. In 2020, we launched Hive Lite accounts which allow new users to sign up to Hive though https://leofinance.io in less than 30 seconds using only a Metamask wallet or Twitter account as their verification/sign-in method. This is by far the easiest way to create an account now and didn't exist when this guide was created.

I took a few of the early clips from this old guide and put them together for the above 5 minute video. I think it makes for a pretty rough but easy to follow introduction to the Hive blockchain. In it, you'll find a brief explanation of what Hive is and how it came to be along with some quick highlights of how people use it and I finished it all off by throwing a clip in at the end which shows new potential users how they can leverage LeoInfra to create a Hive account in less than 30 seconds.

Enjoy and more importantly, share it with the new faces who are taking a peek at Hive during this bull run 🦁