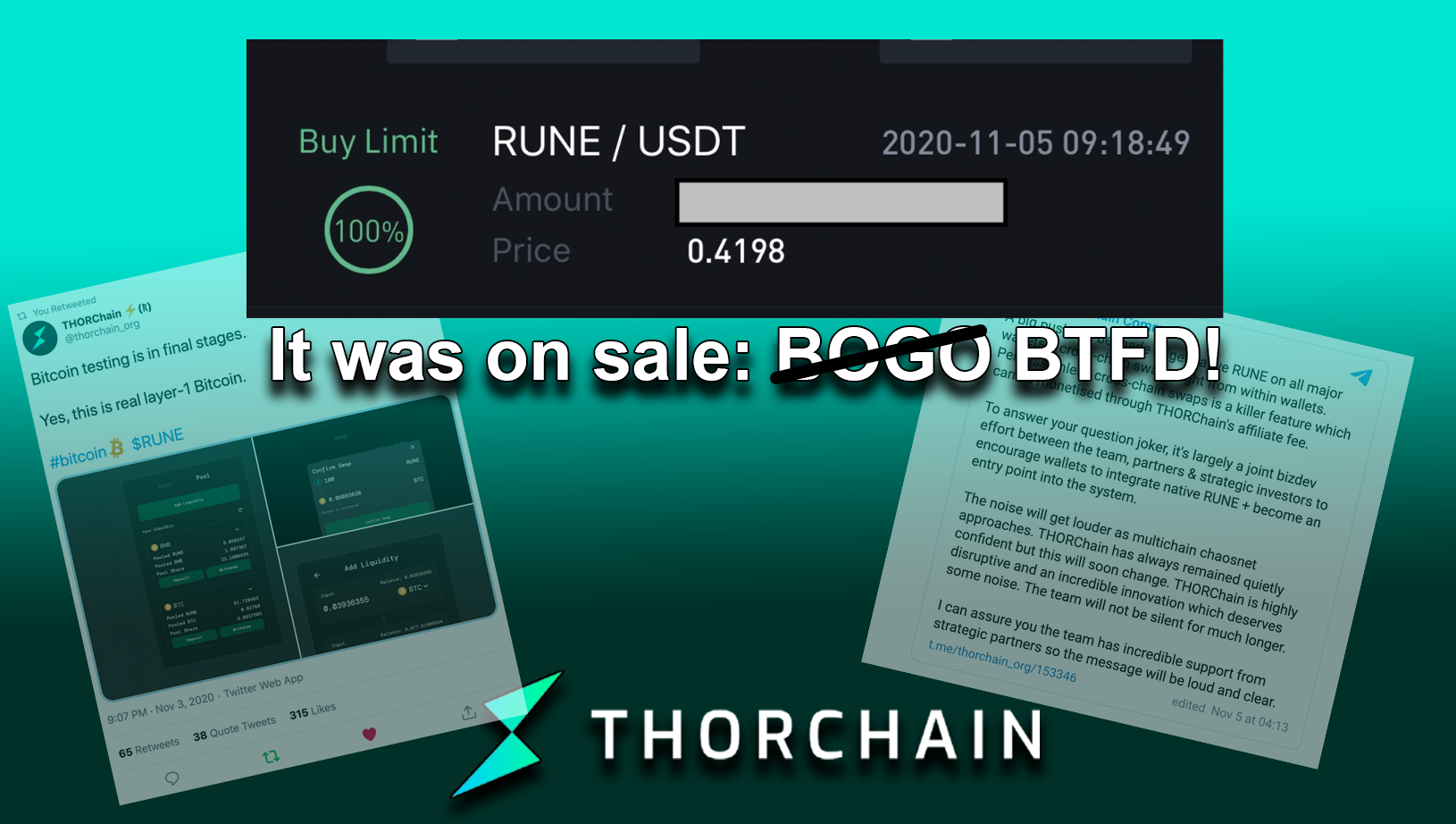 It seems that the good news for RUNE never stops rolling in. I think it's one of the best cryptocurrencies to buy in 2020 and there are a lot of reasons why I am so bullish on it.

If you're looking for a great introduction to the Thorchain (RUNE) Project, I recommend this post as a starting point.

I don't have a ton of time to keep up with the latest news which is why it's awesome to have people like @jk6276 in the community who pay much closer attention and digest, condense and educate us about other projects. We recently talked about RUNE and Thorchain on the LEO Roundtable Podcast.

In that clip from the episode, we discussed the incredible potential of native BTC cross-chain liquidity pools. It's one of the many reasons why I'm so bullish on RUNE. @jk6276 then did a follow-up in which he outlined a few clarifications about stuff we said in the episode. Again, a great way to learn more and further educate ourselves about one of the most attractive projects in all of crypto.

A community member from Thorchain also reached out and offered some clarification about some of the things we mentioned in the episode. These conversations offer great exposure both for LeoFinance as a platform and Thorchain as a crypto project. We get to learn about each other and cross-pollinate our audiences in public. Selfishly, I get to learn more so that I can keep buying up RUNE. 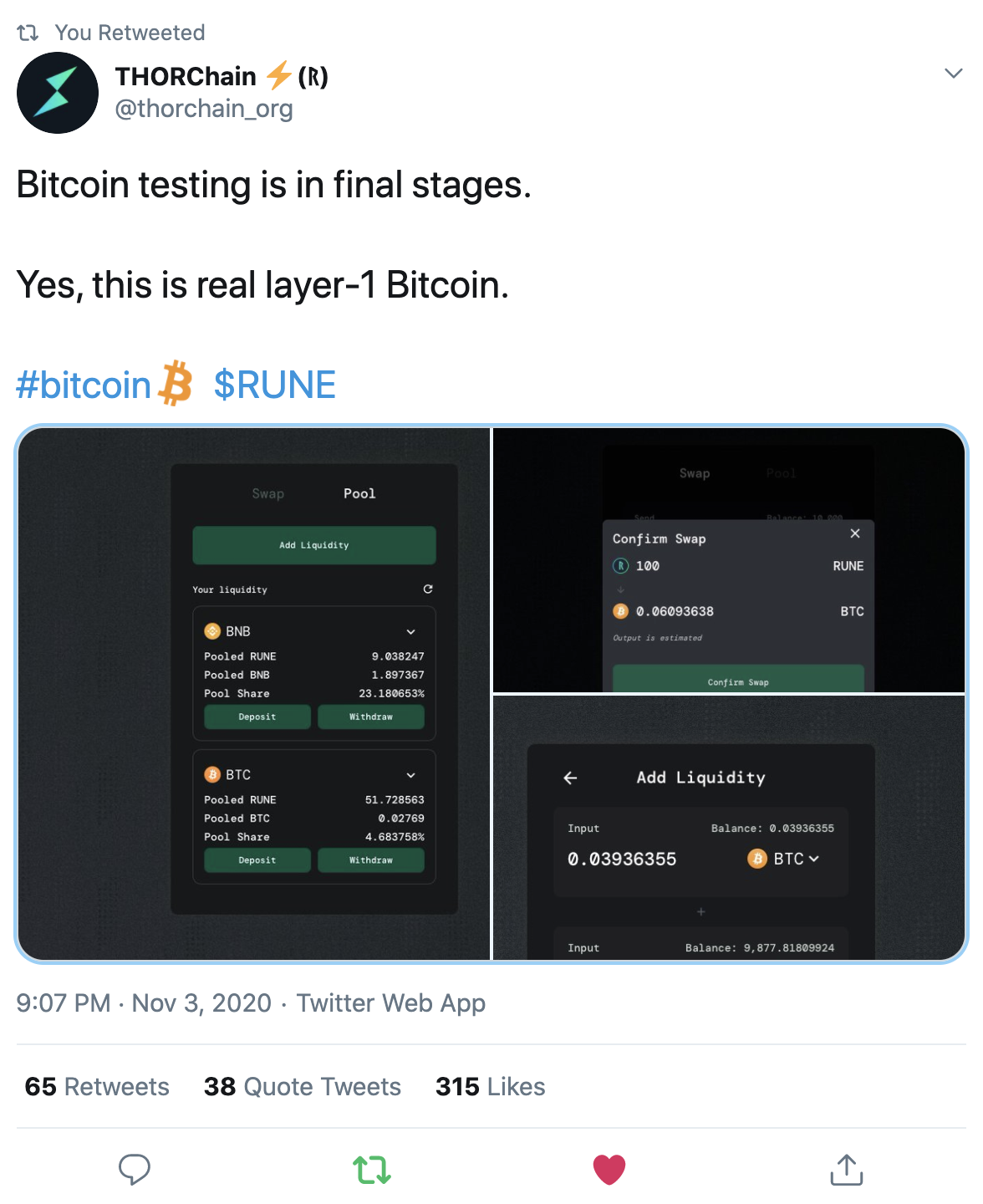 Thorchain's Native BTC implementation is coming and if launched properly, it's going to take the crypto world by storm. You'll notice that it looks a lot like Uniswap. There is a key difference here though: you can use Uniswap for "BTC" but only for the Wrapped equivalent of BTC.

In one of Thorchain's most anticipated updates, you'll be able to swap and provide liquidity for native Bitcoin. @rollandthomas aptly asked the question: "what does native BTC mean?" in our latest episode (the clipped linked above). I highly recommend giving that a listen - and also give Jk's post a read to see what I explained poorly as well.

Thorchain is Branching Out 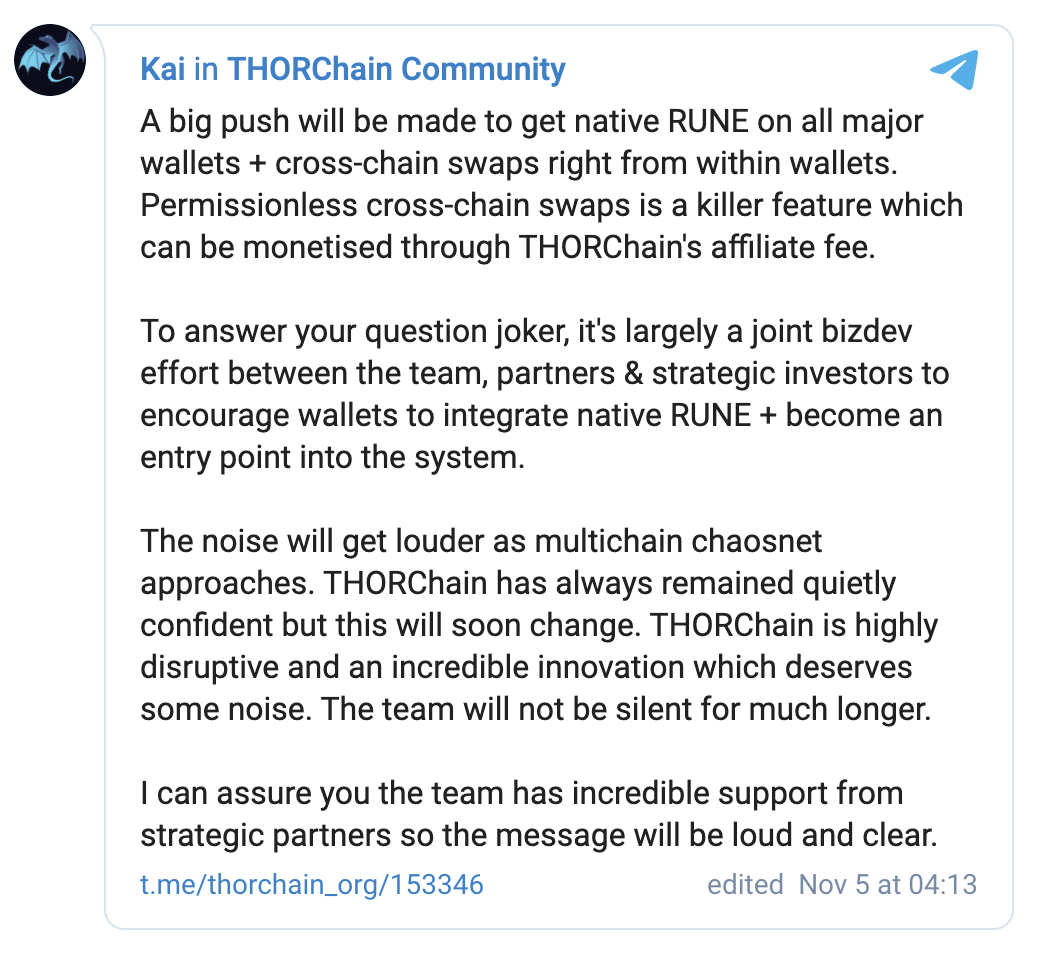 Credit goes to @jk6276 who discovered this news and dropped it in the LeoFinance Discord.

Thorchain is obviously a team and community of buidlers. With that said, marketing is an extremely important aspect of building a community and successful project.

While Thorchain has had their heads down to build the native BTC product and the other incredible aspects of their project, they aren't ignoring the marketing side of the rainbow bridge. They're starting to map out a way to integrate RUNE natively with other wallets and ecosystems.

Why Do Native RUNE Integrations Matter?

As a cross-chain liquidity ecosystem, the more places that RUNE is accessible, the better. This is generally true for most crypto projects as having more ease of access and eyeballs is important but for RUNE it is much more than that.

Where is RUNE Headed From Here?

These are many of the questions I ask myself about RUNE and the Thorchain project. The ambition is massive and the execution resembles a grandmaster playing chess. As someone who has limited time, all I can do is buy RUNE and let the Thorchain team do their thing.

As new projects are rolled out - especially this native BTC launch - we're going to see the Thorchain project take center stage in the DeFi world and all of crypto. There are some major people backing it (either by rumor or officially). I personally think RUNE is one of the best investments that I can make in 2020 and at these prices, I think it's an absolute steal.

My latest shopping haul. It was on sale: BTFD!