Alien Worlds Is Building Something Huge... And It's Still Mostly Under The Radar!

A couple of days ago, I stumbled across Alien Worlds because a fellow member on Torum had recommended it to me. I haven't been active on WAX before but it looked decently interesting and so I gave it shot. I already made an article giving my first impression which can be found here. Since it's still rather fresh and there has been no update to the game itself yet, I won't repeat myself here and instead advise you to check out that article first in case you haven't heard about Alien Worlds yet.

Ultimately, I concluded that the game was somewhat interesting but didn't offer terribly much to do just yet. I still kept on mining and slowly dug deeper into what the game is all about. Yesterday evening, there was a new publication made by the author where they announced their partnership with another publisher doing NFTs on WAX. That announcement alone was interesting, but it would not serve to get me overly excited. There has been some more information in that article that really got me pumped though.

In this article, I'll introduce you to the feature I consider to be complete game changer and that got me really excited about the whole project. I'll go into some detail about why this could and should be the start of something huge and give some examples of how this could all play out in the end.

So what exactly got me so excited? Alien Worlds came up with a feature that's called Landowner NFT Drops and quite frankly, it's brilliant!

The core gameplay of Alien Worlds right now consists of picking your mining gear, choosing a planet, deciding in what spot to mine, and then start mining there repeatedly. Each time you mine, you earn some TLM and have the chance to find a random NFT from the game. During the upcoming event announced yesterday, there now will be two more random NFTs added to the pool of possible finds. This alone is a pretty cool form of collaboration between different games, but nothing special on its own. 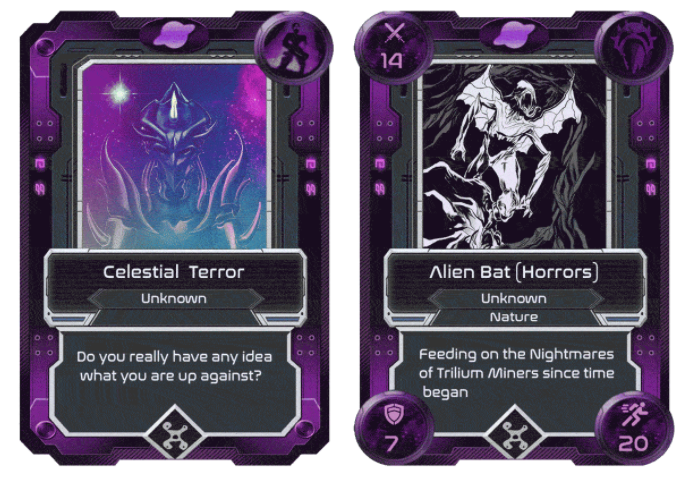 Landowner NFT Drops are going to take that concept to the next level. Each plot of land in Alien Worlds is a unique NFT itself and can each be owned by a player or institution. With Landowner NFT Drops, landowners will be able to decide what NFTs players will be able to find while mining their plot of land. Now we are not talking about Alien Worlds own NFTs here but about just any NFT the landlord wants to drop. Just let that sink in for a moment. If this feature gets used a lot, there will be dozens of different plots of lands out there each dropping their own, unique NFTs for players to collect.

To me personally, that is an absolute brilliant and unique thing to do. We've obviously had cross-game promotions before, like dCity providing players with ENTRY tokens to play in special Splinterlands tournaments. But this is something completely new. Publishers, developers, and private persons alike will be able to use this feature to distribute their NFTs to willing players. This mechanic has the chance to put Alien Worlds at the center of a huge multiverse with dozens if not hundreds of other projects using the game as a promotional tool.

Unsure how that might look in practice? Let me give you an example. Lets say the aforementioned Splinterlands wanted to use the Landowner NFT Drops. First of all, they'd need to acquire at least one plot of land. Next, they'd set up the NFTs they wanted to drop and decide on the drop rates, the total number of cards dropped, and so on. There have been numerous promo cards done in the game in the past, so one could come up with a new collection of promotional cards, say 1 card of each splinter or a neutral card of each rarity. Once everything is set and done, they'd start promoting this plot of land, both to their own players but more importantly, to the Alien Worlds not already active in Splinterlands. By making the cards dropped exclusive to mining rewards, they'd become scarce and players of both games could be equally interested in going after them.

So why would a third party publisher or developer want to do that? What's in it for them? There are different factors at work here. For one, the more other games are present within Alien Worlds, the more peer pressure exists for everybody else to set up something as well. But even without peer pressure yet, this can be used as a great promotional tool to tap into a new playerbase. Many blockchain titles have the issue that they mostly only exist inside their bubble. People outside their project are often very unlikely to find out about the game. By setting up their own Landowner NFT Drops, they could, potentially, attract thousands of new players. The bigger Alien Worlds gets and the more active players it has, the more interesting it is for third parties to interact with the player base. I read in their Discord, that there are already about 2,500 active players right now and things are growing fast.

It doesn't end their, though. Landowners can set a percentage of all profit from mining on their land that is returned to them instead of going to the miners. Right now, most landlords set it to a rather small amount in order to attract more players. Now what happens if landowners can offer something else to their players instead of taking a smaller share than others from their gains? Let's use Splinterlands as example again. During the last Bitcoin Halving, they did a promotional event where you'd receive a Halfling Alchemist NFT for every 5 packs you bought from them. 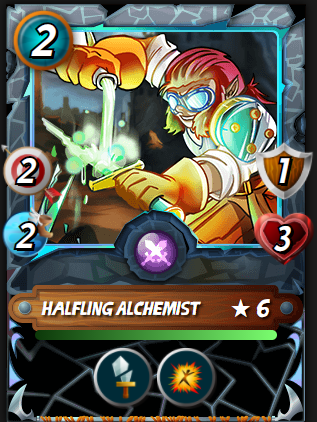 8 months later, these cards are traded around 1.4$ each, buying a max level one would cost you 64$. Now imagine a card like that could be exclusively found in Alien Worlds by mining their plot of land. The possibility of finding such a card would probably far outweigh the potential gains from mining TLM. So maybe Splinterlands could set their share of the mining to 50% or even 100% and people would still mine there, simply because they cared more for the NFT and for their TLM earning. If you think it through, this would actually generate a new revenue stream for other games, earning them TLM to use for their own game in return for promoting their game in the first place.

At that point, it shouldn't be too hard to understand that that's a proposition where every involved party wins. Alien Worlds, because they'll find new players with every 3rd party distributing NFTs through their service. Said 3rd parties, because not only would they have a great promotional tool at their disposal, but one they could actually generate an income with. And finally, we, the players, because with every new developer coming to Alien Worlds, we have more options to choose from, more stuff to do, and as an obvious bonus, our mined TLM could also only increase in value because of all that.

Wrapping things up, I feel like Alien Worlds really came up with something unique here. Obviously, most of it is yet to be developed and implemented, but the concept is sound. More than that actually, it's brilliant and if things work out as intended, they could find themselves at the center of the largest (blockchain) gaming multiverse out there. All this is not going to happen over night. It will be slow going, being built one step at a time. But I believe at a certain point, things could just explode, with one 3rd party service after the other joining in. So don't expect this all to materialize within a couple of months, it could very well take years until everything takes off, but so far, there's nothing like it out there and unless someone else acts fast, Alien Worlds could get into a position where no blockchain publisher could justify ignoring it.

And that's all from me today. Thank you all for reading and see you next time!