Almost got that 18H Work Day in Software Engineering.. Getting Pretty Bushed.

Got the footer price ticker to cycle between USD and BTC base pairs for the by the second price update function on site. Futures trading was initially planned strictly for the HIVE / USD pairing.. but lit looks like HIVE / BTC might be a more stable in terms of having more sources to gather price sate streams from. Will likely end up offering both provided it's not a pain in the ass requiring a bunch of code modifications. 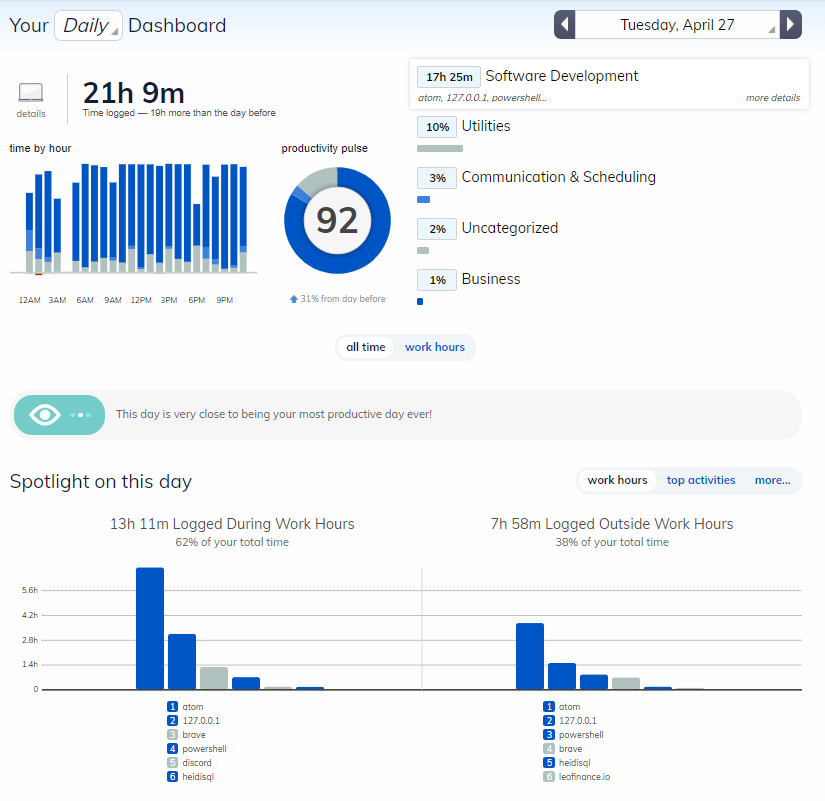 Not sure what other devs on HIVE atm are able to toss up those sort of active hours charts.. But alas behinds schedule and working my ass off to get this Hive.Loans v0.1.0 public beta test phase launch rolling without any sort of major hiccup or app architecture flaw interrupting things. In beta testing I expect there to still be bugs and have set up the site with links directly to github to report errors, as well as put certain blockers in place to prevent large swathes of wealth migrating to the Hive.Loans site before it's had sufficient time to be tested and red teamed. Only after a sizeable testing session findings and correcting any bugs discovered along the way will the site will be upgraded to a full launch release and the beta testing handicaps be removed to allow large sums of capital to make markets and feed the liquidity demand on network. 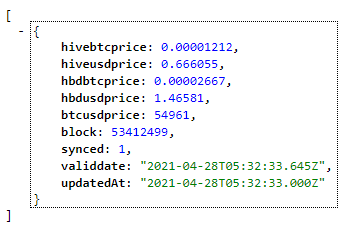 Ever found yourself wondering what the HIVE or HBD or BTC price was a few days ago or precisely 1440 minutes ago or some other arbitrary date? While partially an adventure in data collection in regards to price data with it later being morphed into a longer reaching functionality melding into the site's public facing API allowing those capable and willing to at any time query HIVE / HBD / BTC prices that second as calculated by average.

Effectively when zero in the tune on the code and get the thing properly dialed in, you'll be able to query any second of any day and have the API return what exact price HIVE / HBD / BTC <-> USD were trading at, calculated by multiple sources averaged together at the time.

Smooth had asked me for some chart data as I'd mentioned I'd started tracking price movements and other site / network metrics to be able to better comment on the HBD Stabilizer efficiency so going to add some useful charting data range calls to the API. I'll have some nice ready-made charts and various network metrics publicly available here soon that should help the ecosystem.