My Toxic Relationship with Hive

Today, Hive just recently celebrated its first anniversary as a fork of Shit (oops sorry I meant Steem). That celebration has made me reminisce about my toxic relationship with Hive (in and out, checking in silent, waiting for amazing opportunities). The phrases in close parenthesis were already the proof of how I've been a toxic member of Hive. 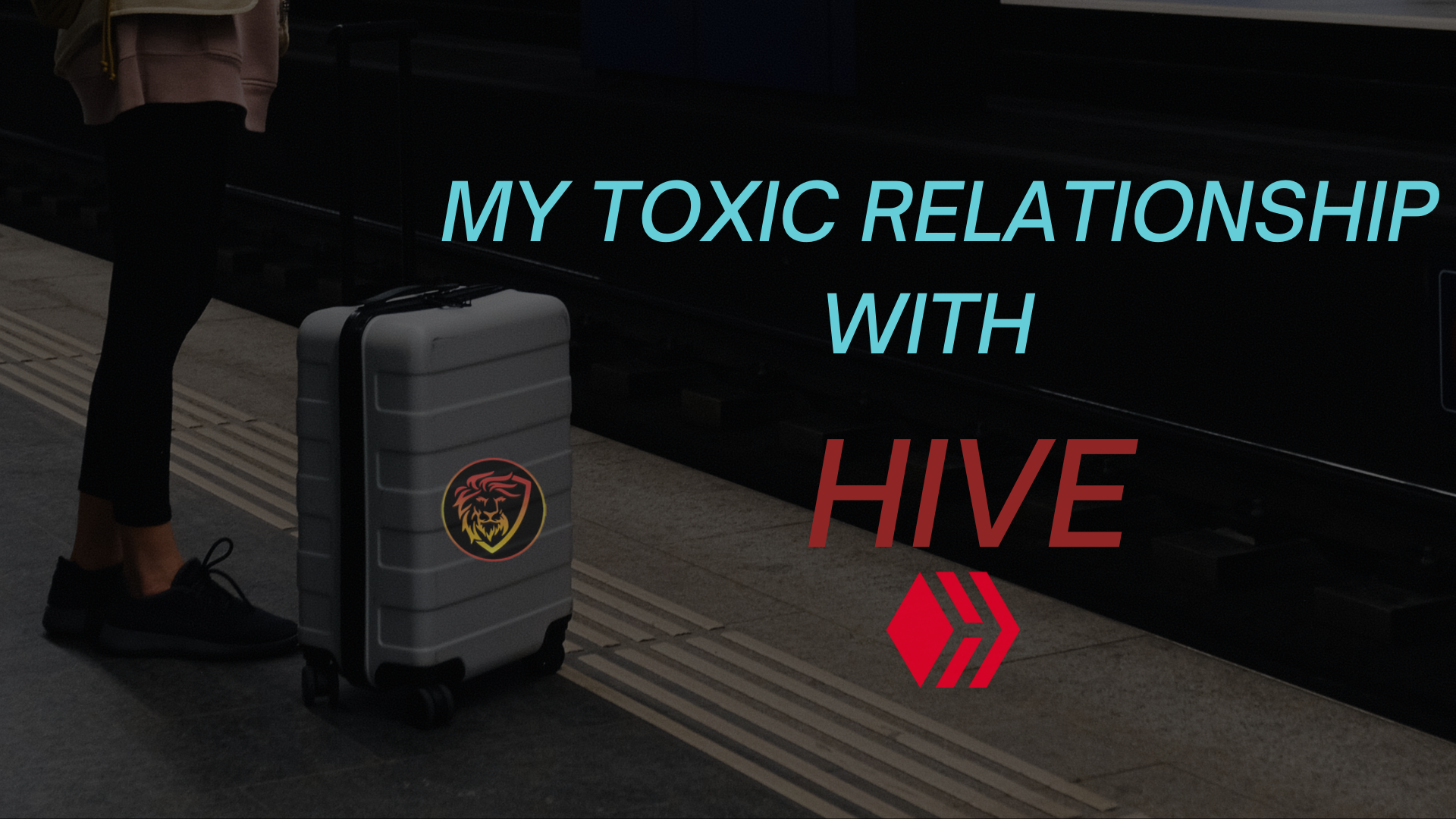 Days, weeks, and months passed by I'm what they called an "opportunist" who just appears if you smell something "great" is going on in the blockchain. In fact, it can't be denied that my little to moderate activity on Hive was because of the rising interest and prices of cryptocurrency in general.

Yes, I missed that and I know you know what I missed too. The things that I'm looking for and waiting to happen on Hive and I've realized it has already been there since day one "content and engagement". These things, which are obviously the key recipe to get noticed and rewarded are the things that I took for granted. I understand that rewards aren't a guarantee even though you put so much effort into writing, there's no such thing as assured returns in life in general. But from what I've observed, people that are working hard on crafting their content are the people that are rewarded well. And yes, I'm not part of those hardworking people.

And so when Hive was born. I was one of the few people that didn't feel great enthusiasm just as much as others do. My old self still thinks about Shit (you know what I mean), that with the drama that happened I still think it's probably gonna be worse. One reason that I think that time was the blockchain was very "new" and that there was no central authority of developing the blockchain like what Steemit Inc. was doing (sorry, it was @ned's mismanagement issues, not the brilliant developers they had).

I was also hooked with "the too good to be true" scheme that most people fell into - gambling. I was hooked with Dice, a Hi-Lo Hive-blockchain game that has its own tokenization and that token holders receive at least 60% of the 50% of the daily profit - in short 30% of the daily profit lol. I got addicted to the game and developed my own strategies in which all ended up in failure. It added another toxic feeling to the blockchain.

Another thing is that I got addicted to a tribe/community that had difficulty in governance issues in combatting abuse & plagiarism. And so, the token's price resulted in a massive bear - making me earn a little at that time. My investments on that too were in a loss. It was time+money spent that I feel lost.

I was completely hopeless about the blockchain at that time and started wondering if I really belong here. Someone who can't create a catchy title and beautifully-written post. I felt lost somewhere and so I decided to take a break.

It was a couple of months taking a break from commenting and posting. I'm on the verge of moving on at that time especially since the price really went down (I remember 8 cents). But luckily, based on my observation of the developments made by @howo, @blocktrades team, and what was top witnesses like @themarkymark were doing, I felt bullish on Hive at that time. And so I bought a 2800 Hive and Powered up.

A screenshot on my first purchase of 1100 Hive, then followed by a more than a thousand

I know I'm probably too late to catch the ride but I'm willing to go even though I am just holding the bar as long as I'm still on the ride. It doesn't matter how difficult it would be, as long as I'm happy with what I am doing and I was not forced to do so to suck rewards.

So now, I truly think it's still not very late to be active again. My wish is that I can write content with full enthusiasm and 100% effort. It doesn't matter if it's not as technical as other writers here do, but a writing that someone would appreciate because they know this person puts his heart into it.

This blog will soon be a space haven when I grow old and look back on the things I did in the past. I'm almost 100% sure that Hive will still exist in many years to come and that the adoption it deserves will come in no time. I heard that Hive Marketing is now starting to get their groove and that's amazing news for all of us. Let's just hope that this marketing thing attracts attention to the public.

What can you Expect? 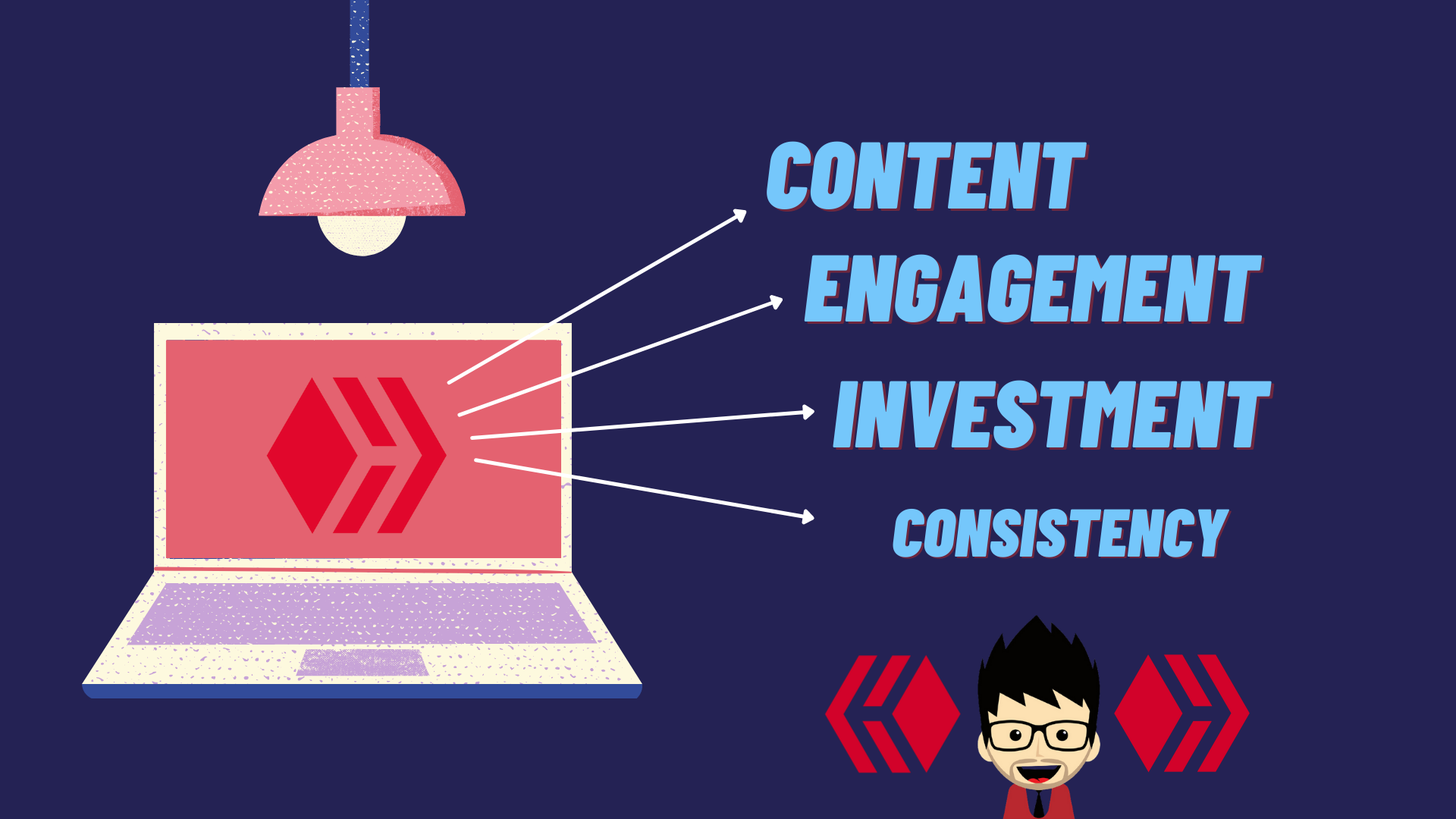 I'm a Sportsperson and I talk a lot more about Football and Basketball. I'm in 100% full interest in cryptocurrency and finance and I'm starting to grind on development courses. These things (include life too) are the things you can expect that I write in my next blogs. Your support will be much appreciated as I start grinding back again on Hive.

Engagement, oh c'mon that one. I guess that's the thing that I am most afraid of. It takes me time to absorb content, like I need to re-reward it at least twice to fully understand all especially the technical ones. It's really not just my thing.

The catch is that I'll promise myself to engage in at least 3-5 blogs per day and these engagements are not "that's a good one!", no no-no. A type of engagement that lets the writer know that you've read his content and that he/she knows you absorbed it.

If you finished reading this until here, thank you! I really appreciate it! Please let me know your thoughts in the comments section below and let's talk. Bye for now!