It's been a little while since I shared my city in dCity. I also was struggling trying to come up with a funny title, so this is what you get. Sorry I'm sleepy and it's the only thing that came to mind. Anyway - I haven't been doing a ton on here. I've minted a few cards but really have just been getting all the technologies and trying to manage crime. 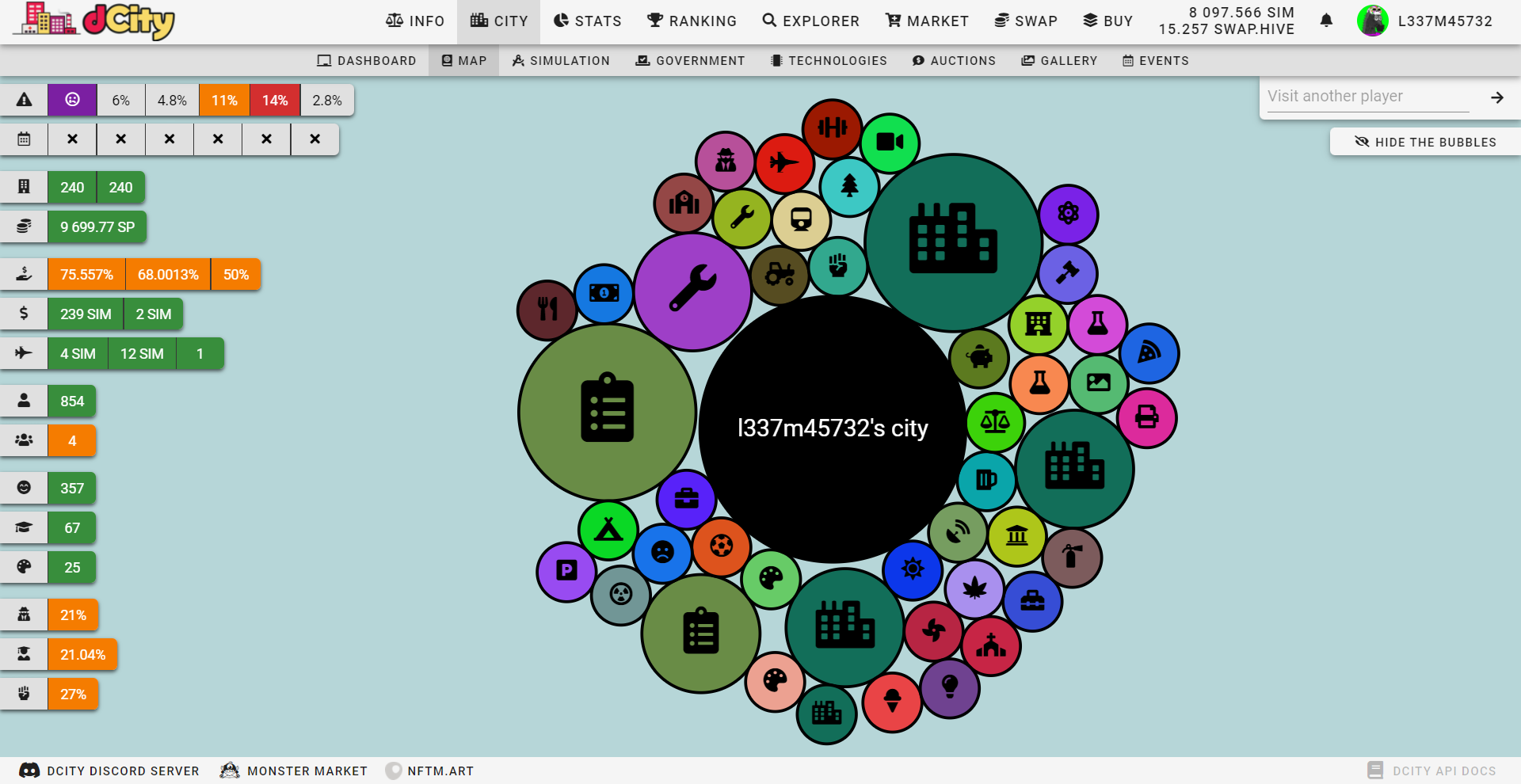 dCity is very much a passive game and I've been heavily focused on other games to the point where I've just been letting it ride. I have successfully researched every single technology though. That's a pretty good accomplishment. It took a long damn time. With war profits and daily SIM income around 240 it's much better than before. I think in the last update the income was much lower. As I said, I've been working on lowering crime rate as well. Got it down to 27% so it's definitely better. 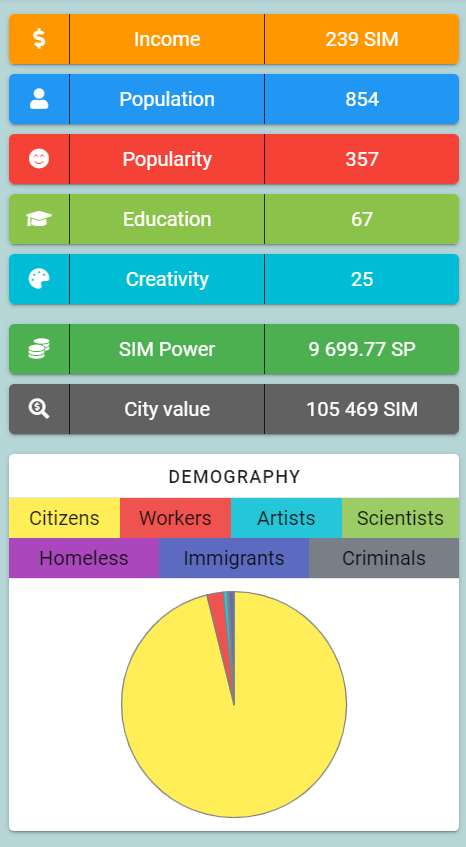 My population is slowly becoming more and more diverse. City value has come down a couple thousand SIM probably due to price fluctuations. Still trying to increase education to train immigrants as well.

What I'm more proud of is the technologies... just look at it. I've researched them all. This hopefully increases my odds of discovery. It's only at 1% currently but I'm working to improve it as technology NFTs could be profitable to sell. 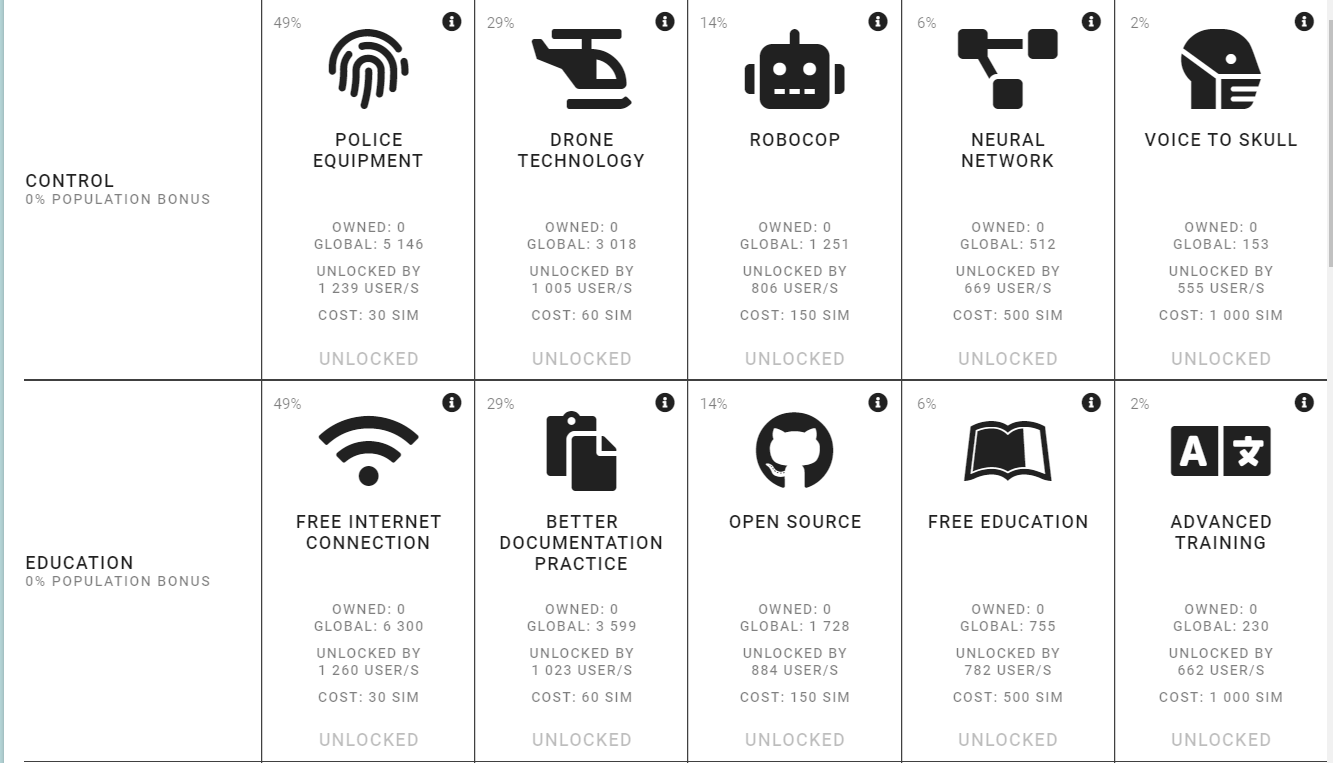 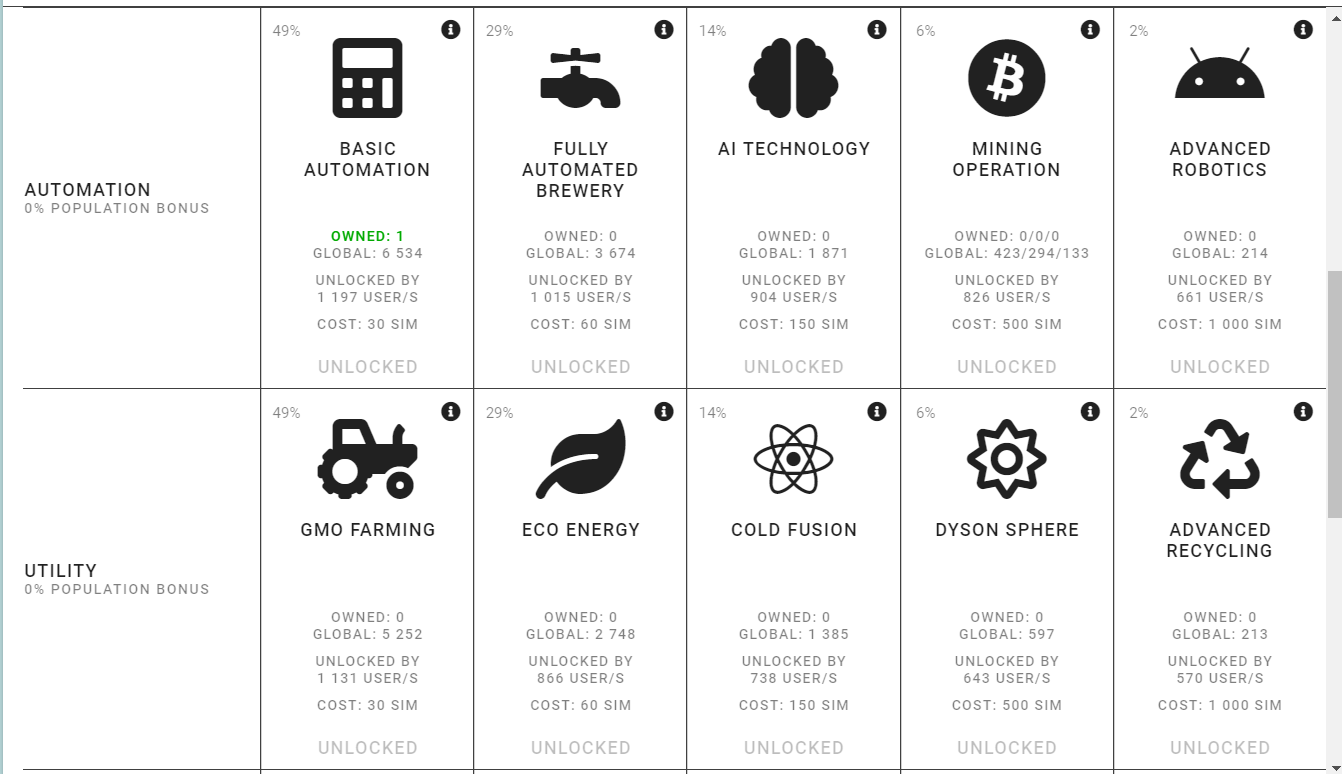 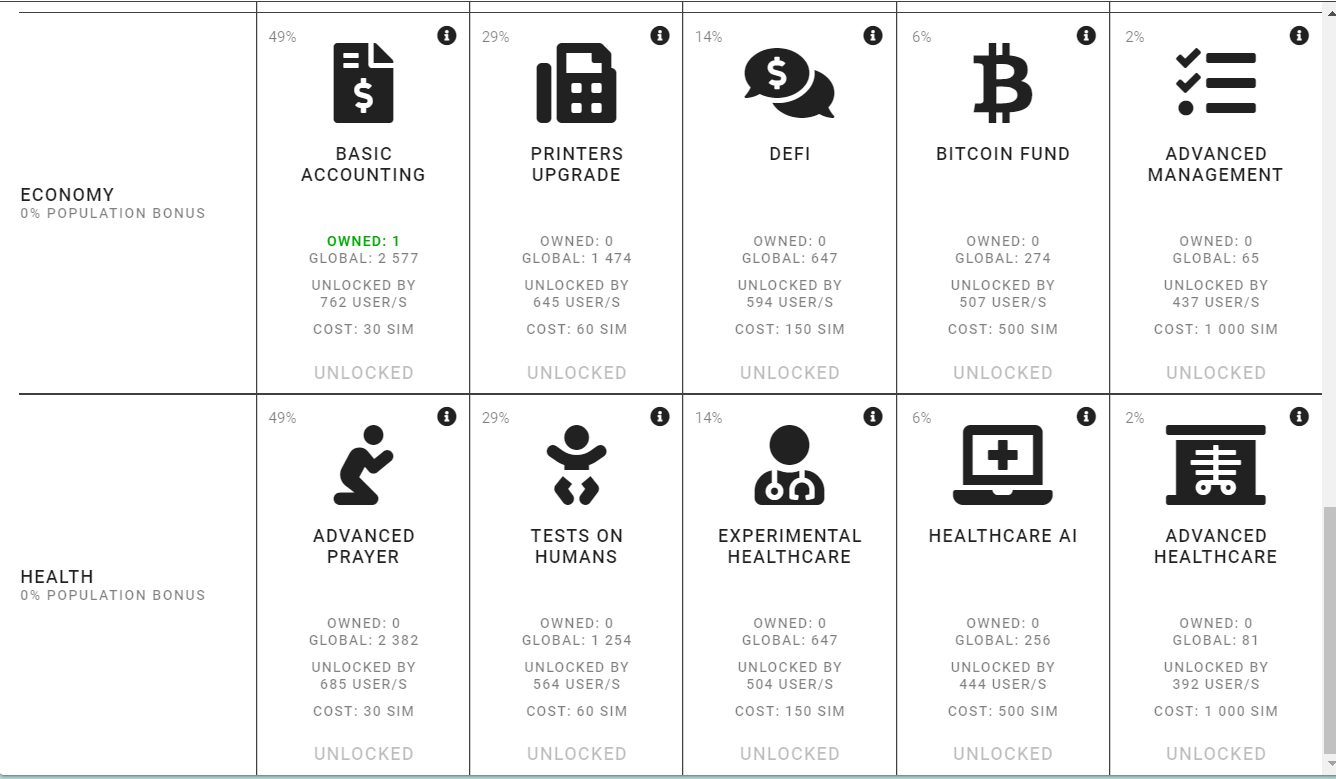 Overall - I want to increase income and discovery chance for technologies. Also heavily considering getting a ton more WEED farms to get them sweet sweet WEED tokens. There's just something about farming virtual weed that makes me excited. Maybe I'll grab more breweries too so I can increase BEER production.

Also - If you're a player please remember to go to the Governement tab and vote for president. I personally love the current president. Go Vote! 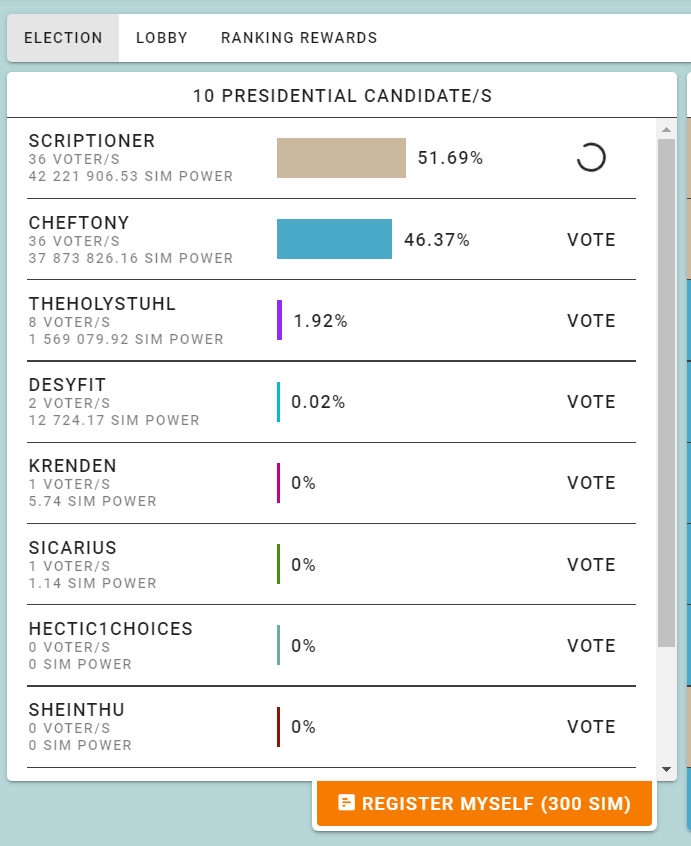