Crafting Alien and Space on R-Planet Manually - My Experience

I wish I could get that hour and a half back

I just spent a ridiculously large amount of time crafting 2 elements in R-Planet. Why, you might ask? Just because I can. Also because the 2 different Generator websites that do it automatically failed. So I said... "Mama didn't raise no bitch" and got to crafting. The recent update to how it works with recipes, it's much faster than it would've been. The amount of WAX spent to craft would have also been double. I think I spent 15 million AETHER or something like that. It was dreadfully boring. Here's what went down:

First I went to rplanet.tools and hopped over to the auto generator. I already had all the elements necessary for some reason. I guess I drunk bought millions of AETHER worth of elements lol. I was initially going to craft a Planet and be done, but then decided that I wanted an Alien which would also get me a ticket for Space.

I continually got this error. Seems to say I'm sending too much WAX but I don't think that can be changed. So someone in Discord recommended a different site which I can't remember the name of. Same concept, but same error. 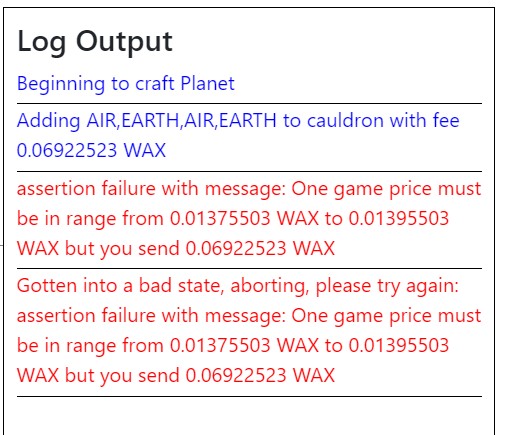 So to get to Alien, I needed Life, Space, Planet, and Radiation. Seemed easy enough. Then I went hard. I crafted elements for an hour and a half straight. But why? I want that opportunity to get one of the 600 NFTs for Alien and Space. The new raffle system gets you a chance based on how many times you craft the new element. Before that whales would be the only ones with an opportunity. 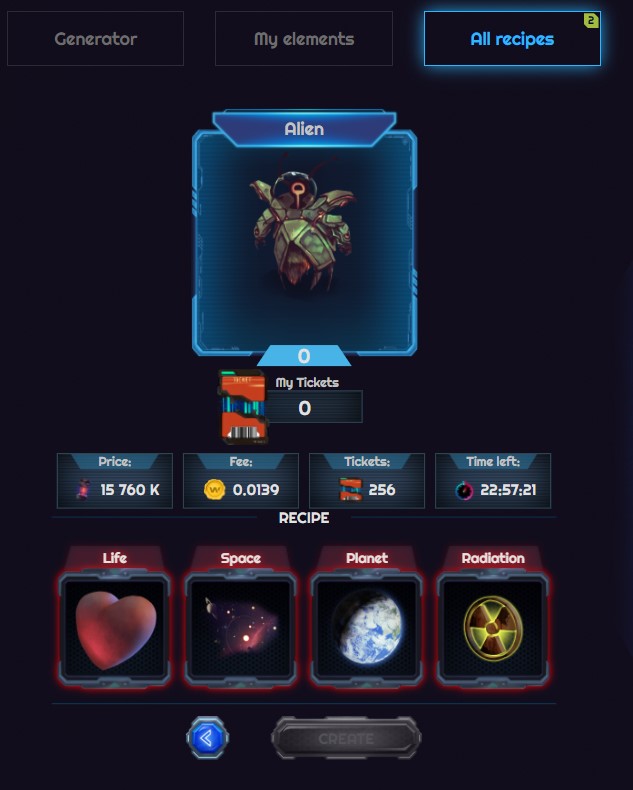 One last attempt at automatic... No luck. Back to clicking. and vaping. 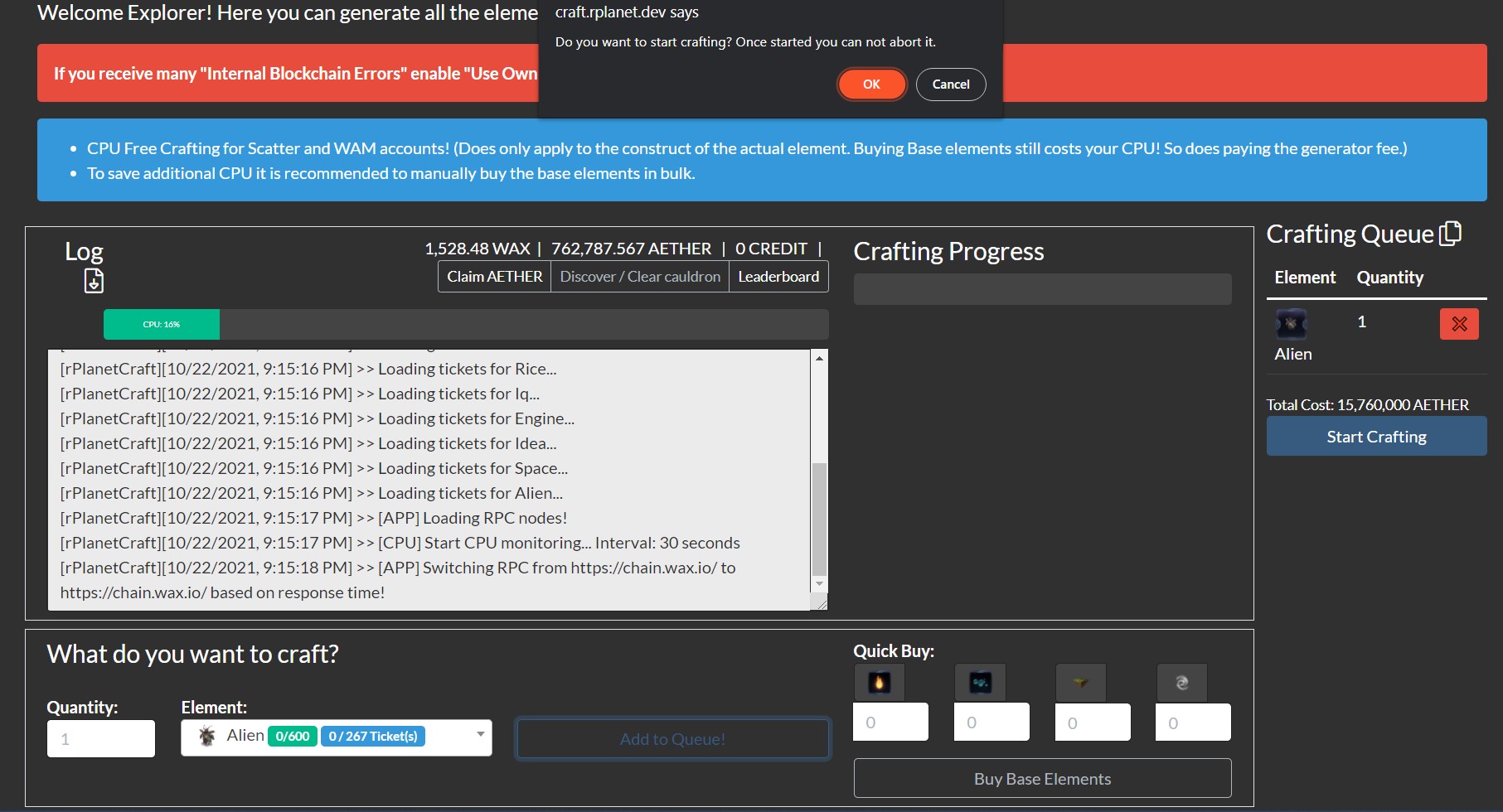 Boom! one hour in and I get Space. One ticket for the raffle system. 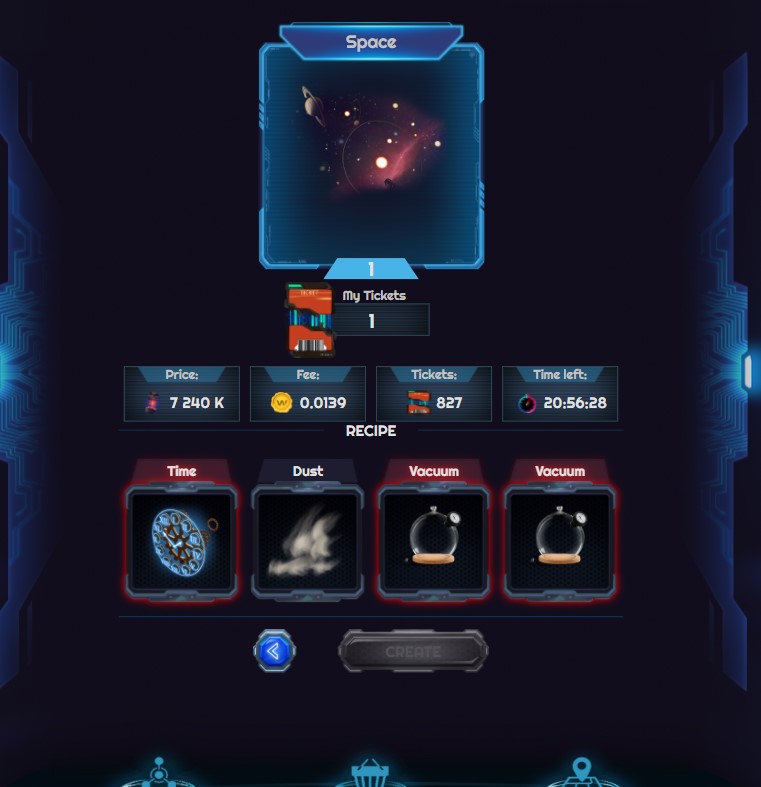 Alien! Fuck this was a long tedious process. I could tell you the recipes for like 10 elements off the top of my head now though so there's that. 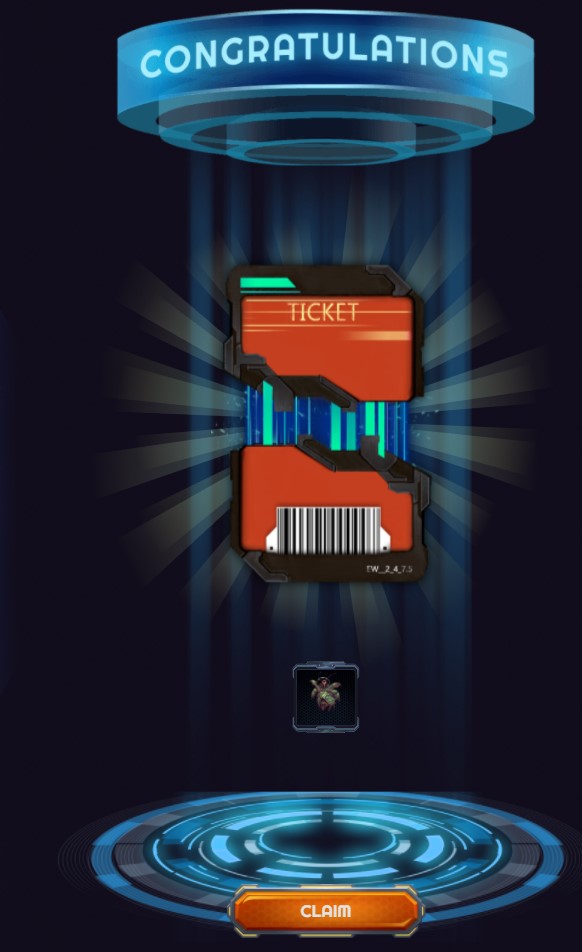