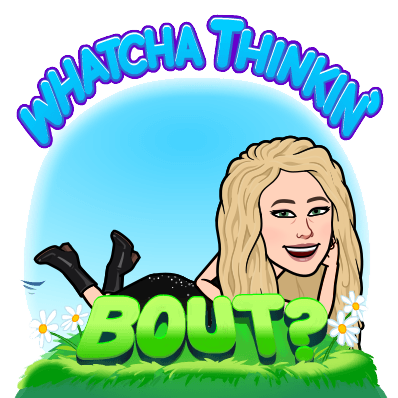 We are currently in a transition from the downtrend that was underway to a new uptrend. When I look at the many charts that I see here and there on Twitter, I can conclude that we cannot be entirely sure of a lasting uptrend for now, but that we have reached the bottom of this pullback . Bitcoin has gone from red to green, and is currently up about 2.4% since the last 24 hours. The next resistance would be USD 51K… and to break that resistance, more volume would be needed. That's kind of what I can currently understand from the charts that I see dominating Twitter's trendline. Many altcoins are now also going from red to green again and if I just look at my own portfolio, it looks a lot friendlier today than yesterday.

Still, I have to say that I didn't worry about this dip at all. And that was surprising. Of course, I didn't like it. No I'm not that far yet. And why not? For the simple reason that I had nothing to buy in this dip yet! That was my biggest problem this dip. Not that I saw my portfolio go back out. No, that's only a matter of time, to get back up with full force after the dip. But the fact that I had nothing to buy… Yes, that was just a thing. And that thing made me think.

Because how is it possible that if you have been working with crypto for about 3 years now, that you are not well-prepared for such a dip? Haven't I learned enough yet? Am I just too absorbed in the current bull market, have I just not paid attention? Did I let my emotions play a role? Have I been overcome by FOMO? Many questions… and especially in these red days, and because I could not buy anything… I had time to think. I was not going to participate in a panic sell. Fortunately, I left those days behind, but what was the problem, so I had not waited to buy crypto until there would be a dip. After all, you just know for sure that if Bitcoin has made such a huge advance ... that a pullback is guaranteed to follow.

I fell on my face

And yes… then I have to admit that I have indeed suffered from FOMO, but not only from FOMO, but also from GREED. I got carried away in the current bull market, and just didn't consider a pullback anymore. The euphoria of the moment has overtaken my sanity… and my emotions have taken over. I wanted to make more and faster profits. Logical that I fell on my face, right?

Wait until the markets turn green

It is sometimes said, “God immediately punishes”. So that's what happened. And the only thing to do was wait patiently until the markets turned green again and until my portfolio started to get a green color again. Not fun, but maybe necessary. Because it made me think, and it showed me that I wasn't that smart.

Yes I may have learned a bit to read the charts, it could be that I was taking some profits by now, but because I went ALL IN, I had nothing left at the time of the Bitcoin flash crash. And because of that, the big profits that I wanted so badly, too badly, to make… this pullback have passed my nose. I was IMPATIENT to make profit. , Ironically, it is now my impatience that has kept me from making the bigger profits I wanted so badly

A trader I follow on Twitter regularly calls out. How important PATIENCE is when trading. His words are "Let the market come to you". And I previously thought I understood what he meant. But now I suddenly understand him much better. Because, if you are indeed patient… and you follow what is happening with Bitcoin. Then you can really better estimate what might happen on the basis of that. Nobody can give a 100% guarantee. But if I had paid more attention, this flash crash wouldn't have surprised me as much as it did now. The volumes of Bitcoin were declining for some time, the lows were getting lower and highs were also printed lower. That, combined with the decreasing volume, should have been enough to set off my alarm bells, and at least not get into a new trade. Because I could have known that the moment Bitcoin gets a pullback, almost all altcoins will also have a pullback. Buying at such a moment is not smart to say the least.

I do say afterwards, it has been a wise lesson. That won't happen to me next time. No I have not lost large amounts because I don't do leverage or margin trading. So it all came down to for me, at simply waiting for the market to go green again. And the change from red to green now seems to be happening. But it is just a shame that I made this mistake to not watch Bitcoin close enough, because it was precisely in this 'sale' that I could have made a lot more profits!

So a tip if you are going to trade.

Suppose you have t a budget of $ 200 you want to trade with, don't use $ 200 in a trade. Yes I know, it is tempting because your winnings are getting bigger by $ 200. But if things go the other way because of a flash crash like now, you can't do anything anymore. You don't want to sell at a loss. At least not me… If I had used $ 100 by way, and kept $ 100 in reserve, I could have bought in on the low and my total would have gone up much faster than now. DCA… Risk Management, I don't care what you want to call it. But it is something you have to think about for a while. In my opinion, it is important to keep looking at Bitcoin. As long as there is enough volume there, you don't run that much risk ... but still. That same trader told it more than once. No matter what crypto you buy, no matter what crypto you own, YOU ARE ALWAYS WATCHING BITCOIN.

There will be more chances

In my opinion, it is therefore better to make sure that you always keep something on hand to be able to respond to a 'sell-out' like this. Certainly because we will receive these kinds of corrections more often on our way to the absolute top.

Need to learn from mistakes

Now I am really not an experienced trader, as you all know by now, but I thought this was worth telling. And yes, I will be baffled more often, so it is a good thing that I am not 'playing' with a portfolio of several hundred thousand euros. But I still need to learn from my own mistakes, and I thought this was a lesson to share.

What were the moments for you where you thought… Oops, I should have done that differently?