Do you want a mysterious touch in your crypto portfolio 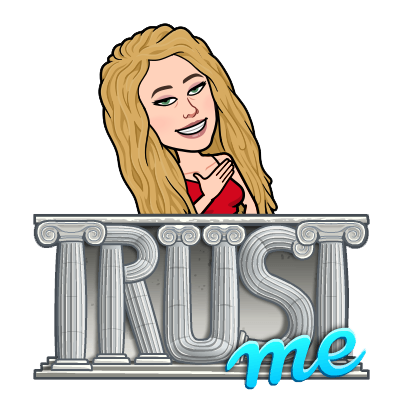 Today we are going to take a look at a crypto that is praised by many for its anonymity! And because of that, many people have a clear opinion about this crypto. It would be the crypto for criminals par excellence, but is that the case?

Is Monero (XMR) mainly used in the criminal world?

And if that were the case, what is the reason for that? In short, today we're going to take a closer look at Monero!

The coin was launched in 2014 and is therefore relatively young compared to Bitcoin and XRP, for example. Monero has a completely different approach than Bitcoin, for example, and should therefore not be called an Altcoin. Altcoins are derived from the Bitoin protocol and Monero seems to be opposed to that.

Now I'm learning something new here because I actually seriously thought that every other coin than Bitcoin was called an Altcoin, but officially it turns out that this is not the case. Had any of you heard this before?

Well okay, on with Monero. The coin is therefore NOT derived from Bitcoin. But Monero doesn't look like Ethereum, for example. Ethereum mainly focuses on the transactions, and that is not what Monero does. Like Bitcoin, Monero really focuses on the currency again. Hmmm, a mysterious coin that Monero.

And that is where a keyword of Monero has been found. Mysterious! You can also change Mysterious to Anonymity. And that's where Monero is champion. They say they offer you 100% anonymity. Of course, this also leads to the insinuation that Monero is mainly used by criminals. After all, it suits them very well to be able to do 100% anonymous transactions, much more so if it suits you and me to remain anonymous.

How do they offer this?

But how can Monero offer that 100% anonymity. I mean, after all, it is a blockchain that just records every transaction. Just like Bitcoin, just like Ethereum. How can Monero do that 100% anonymously? Where with the big giant Bitcoin you can see from and to which wallet the transaction is sent / sent, with Monero this has been made impossible by using 3 techniques.

Protect your data with technology

While Bitcoin claims to be 100% decentralized, in practice the person with the largest wallet can still control the market. And those with the largest wallet can easily acquire more because they can buy the best equipment to mine. And we all know, mining yields more coins, and therefore more power. How decentralized is that if you look at it this way? Now I think that there is more to play here because the longer Bitcoin exists, the longer the influence of the big whales is, in my opinion, less and less now that Bitcoin is more and more distributed and ends up in more different wallets. And the more people own Bitcoin and thus directly / indirectly interfere with the market, the less influence the whales will be in my opinion. Although practice will have to show whether my suspicion is correct. In any case, the fact is that Bitcoin is maturing. And Monero can still be called very young.

It is therefore good that Monero works with the principle that everyone who owns Monero is equal! Whether you own a lot or little Monero. That does not matter, no distinction is made. And mining Monero can be done with any normal PC, Monero wants to keep it that way!

Here we go again. We all know that Bitcoin and Ethereum suffer from scalability issues. I'm not even going to write anything more about what would be necessary to fix these problems. We're talking Monero here, and hey, bingo! Monero does not have these scalability problems! This is because there is a dynamic limit on the block size in the Monero network. So this automatically adjusts when necessary. However, maximum growth is possible at a time, which prevents a sudden enormous growth spurt that cannot be kept up (properly).

EVEN MORE BENEFITS OF MONERO

Besides the aforementioned unique points of this coin, there are even more advantages over the competitor. These are usually consequences of the above characteristics.

Monero uses disinflation. So over time less is paid to miners, but this goes down very slowly. Also, a minimum of 0.3XMR will always be paid out, where with Bitcoin it will stop completely after a certain number of coins. In that sense, Monero is just a bit more interesting, especially because it is newer and so a lot of coins have to be mined before we reach the point of 0.3XMR. The intention is that up to the year 2022 more than 18 million coins will be mined, then an inflation of 1% per year is expected until then.

Is Monero better than Bitcoin?

From the whole story it seems like Monero is a much better coin than Bitcoin, for example. But is that image justified? In general, yes, but there are also a few lesser points to mention.

Most important here is compatibility, or rather, the lack of that! Monero has set up a very strong and good platform of its own, but is therefore in principle not compatible with any other (crypto) currencies. Fortunately, there are solutions (brokers) for this so that you can still pay with XMR to Bitcoin recipients, and vice versa.

Because Monero works with its own developed, completely new platform, it also means that this has to be built from scratch. The network must also start from scratch and cannot build on existing techniques. On the other hand: you can already start mining with a simple PC and this will not change, plus there are other big advantages to the platform, so whether this change is so bad ...

The last point I want to mention here is that Monero is only a digital currency, and therefore not a payment network, like XRP, for example, (I do not know whether that is currently very strong with all things that currently play with SEC, but that is another story). Incidentally, Monero does not pretend to be a payment network.

However, you can also pay with this currency quickly, cheaply and above all safely anonymously. And we should not want to make more of it, after all, that is not the purpose of this coin!

So for those who want to remain 100% anonymous, and want a mysterious touch in their life with cryptocurrency ... Monero might be for you!

As always… This is NOT financial advice! Do your own research!