Everyone Holding LBI Tokens Needs To Use Threads

There is an exciting opportunity come to Leofinance and LBI is poised to take advantage of this. We know that, over time, this is going to be powerful, generating huge steams of revenue. 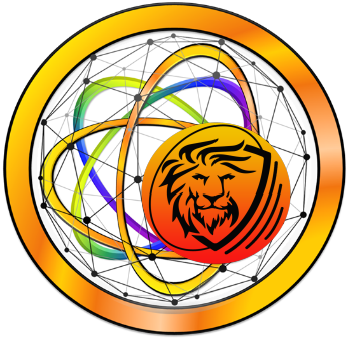 What am I referring to? The release of Threads of course.

We are roughly 24 hours from that feature going live. This is going to totally change Hive and Leofinance. That said, it is the first iteration so it is in MVP (minimal viable product) form. New features will be added in ensuing updates.

This is all leading up to the eventual release of #ProjectBlank. Threads is actually a testnet to put the infrastructure through the paces. If it holds up, this will be the foundation of the standalone application.

So why do people who hold LBI need to utilize this application?

The answer stems from something I wrote last night: Threads Is Going To Be A Big Money Maker For Leo Holders.

We were notified, earlier in the year, of the eventual buying of $LEO using the ad revenue from the Leofinance sites. This will be distributed to the holders in Leo Power for those who are staking.

Guess who has a bunch of Leo Power?

This is the LBI-token wallet.

Since the distribution is based upon percentage of the total $LEO held, we can see how LBI is in a great position to keep increasing its holdings. This, after all, is right up our alley. Passive growth as a result of work already done.

For those who did not check out the link above, here is an important point:

This is something that we all need to internalize. There is a testing group of 4-5 people using Threads. What happens if that number is 100 or 150? We can see how things can get very interesting.

Therefore, all who are holding LBI have a vested interest in seeing the ad revenue even more. We will leave aside the fact that most LBI holders have Leo Power on their own. Even focusing exclusively on the LBI account, we can see how a 5% return annually in ad revenue would really help our overall numbers. The reality is we will likely see the ROI much higher.

Consider it from this point of view:

If the ad revenue can push the return up to 10%, LBI will be pulling in about 20K Leo Power simply from this one source. This is in addition to all the other payouts we are already receiving.

Of course, this will help curation which will then funnel even greater rewards into our wallet going forward.

We know most of the Internet is not cut out to write 1,500 word articles. That is not what 95% of the people do. Instead, they want to post a pic of their cat or what they had for lunch. When it comes to Web 3.0, we have to appeal to the masses.

Threads is going to provide that option. It also should equate to big money. Leofinance not only was focused upon long form content but also isolated the areas of focus. This all changes with Threads.

Microblogging on the blockchain is coming. We also are going to see it opened up to general content. If you want to post your thoughts about the wart on your toe, you can. It is just like Twitter in that it focuses upon general content.

What this means is the feature is now open to all on Hive. There is no need to focus upon the concepts of crypto, finance, or investing. It can be anything.

In short, Leofinance just expanded its TAM (total addressable market). This means the pool of fish is now an ocean in terms of content.

LBI holders should lead the way. We do not expect thousands of users to start. However, if we get a couple hundred on there throughout the day, this will do a great deal to helping the numbers on Hive increase.

Naturally, we all have a financial interest in the success of any aspect of Leofinance. Since this is just a precursor of things to come, we need to be mindful of how early successes can build.

With the ad revenue model being employed, we all can gain financially from it.

This is why we should all support it full tilt.

Glad that the thread micro-blogging platform will finally be launched. It's been a long time coming. Also, i am glad that i am holding LBI.

Well it isnt the full platform. It is a feature being added to leofinance. But it is the infrastructure for what will eventually be its own standalone app.

But we have the first step coming.

Well, it's a great innovation regardless.. I can't wait to use it

Great points! I didn't think LBI revenue will grow because we would use Threads, but it's true. And that ad revenue increase just from the testing group is insane.

Yes. LBI is one of the larger LP holders. By having the ad revenue being paid in Leo Power, it is something that those of us holding the token can really benefit from.

#Threads will onboard thousands of people in a short term. The ad revenue will be 🔥

I am not sure how soon the onboarding will start. We are going to have a MVP tomorrow but I will admit it is bare. Just the basics.

We should see some updates in a relatively short period of time.

I'm very curious to see how this works but I don't have too many expectations. Leo has launched many interesting novelties lately but they have not been very profitable financially speaking.

Maybe although not a lot of exposure so we will see how much it attention it gets.

Is threads going to be open to all topics or just finance for now until they get into future versions of it? I think this is going to be really awesome. Hard to believe that soon is finally almost here!

All topics. It is a completely separate section of the website. So people are free to post whatever they desire.

Awesome! Looking forward to it!

Maybe if more users come Leo could scale. But I really wonder why leo makes not 50k+ a month with advertisements.

I mean that's not much.

Right now it is less than 10% than that from what I heard but I do not have exact numbers.

That said, a 10x of the user base could get the number to the levels you mentioned. That would still be less than 10K users.

some of those are not on a linear scale.

I would say the current userbase is more valuable as the next wave. because is already "long-term proven".

Every double-up needs more users as before to double up revenue if you know what i mean.

I need time converting, most revenue should come from readers ( time spend/referral link).

I'd love someone much more mathematically inclined than myself, to figure out how much ad revenue we need to find an equilibrium price point.

For example how much money does the domain need to generate per day, in order to be able to soak up the average daily volume of LEO dumped?

I think it would be nice to play around with it but I haven't had as much time lately. I will play around there if there is some extra time though.

It will be awesome to use it. Getting really anxious of its release, lol! I'm glued infront of the screen wondering which part of the interface it will come out to.

The potential is most certainly there.
Ad revenue will very much depend on the actual eyeballs viewing the ads. And we will have to be patient because Twitter and YouTube may be great role models (in terms of ad revenue generation) in this respect but they took a while to gain traction too!
The Hive community can help kickstart this process by supporting Threads. Looking forward to the marketing focused community to figure out the best way to use it to generate revenue!