Just another one? Or is it an outstanding one? 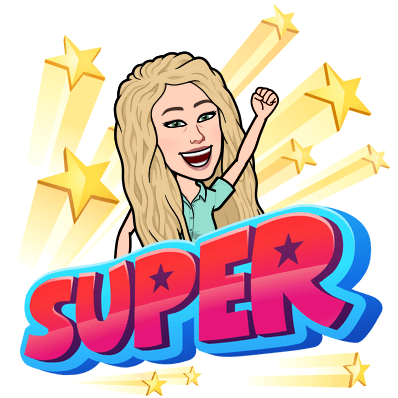 So, it's Monday. And I don't have that much time to write, but still ... it's Monday! And that means we need to learn about another crypto again. If you want to invest or not after reading this blog is totally up to you. I don't write these deeper dives because I think we need to invest in any token we stumble upon. I write these deeper dives because it's always good to know what is around. And what it does, so we can make the right choices now and / or in the future.

Let's move on to the crypto I picked for this week.

What is MultiVAC (MTV)?

The MultiVAC project is named after the supercomputer from a Sci Fi story. This computer grows into an entity that can rule over time and space and is united with every human soul. It provides answers to every question.

It is possible that this is what the developers behind MultiVAC also envision with “their” MultiVAC. In any case, their blockchain version of MultiVAC is designed as an answer to the trilemma of blockchain technology. Another one? Yes another one who wants to solve this. For those who didn't read my other blogs a short explanation again about the trilemma.

What is that trilemma?

The great trilemma of blockchain technology revolves around 3 things: scalability, security and decentralization. To function on a large scale, a block must be able to process multiple transactions with speed. But of course these transactions also have to take place without problems, without blocks being created twice or the system being hacked. So safety comes first. Finally, a blockchain is a peer-to-peer system, which does not require a third party to collect and approve data. Everything is decentralized.

In blockchain technology, it turns out to be difficult to design the protocol of a blockchain in such a way that these 3 values ​​are optimally balanced. Bitcoin (BTC) and Ethereum (ETH) were the first blockchain. Block creation was decentralized and secure, but scalability was a major problem. Bitcoin processes about 5 transactions per second. With Ethereum, the TPS (Transaction Per Second) is 15. In comparison, Visa has an average of 1500 TPS. Now with the implementation of Ethereum 2.0, the TPS is being improved, but it is certainly not yet optimal.

There is therefore still a lot to be gained in the field of scaling and various blockchain projects have already invested in this. There are already much faster blockchains, but the process of creating blocks is again more centralized. For example, the process to create the blocks is facilitated by only a few nodes. As a result, the system is of course no longer decentralized and therefore less well protected.

Now we look at MultiVAC. How do the founders of this platform intend to tackle the trilemma, in particular scalability? The magic words here are flexibility and sharding.

Sharding stands for shards. It is always said that shards bring good luck, but in the case of MultiVAC it is mainly about speed. Normally a blockchain is created block by block. All data is put in the same block. In the MultiVAC system, different data or information is divided and put in different parallel chains. By dividing, and because each chain deals with a specific part, data is processed faster.

The founders of multivac call their method All Dimensional Sharding: the information is broken down at every level of the ecosystem. The sharding takes place in computing, storage and transport within the ecosystem.

The division can be done in different ways and can therefore be fully adapted for the process of the dApp that can be built on the ecosystem. This makes the applicability very flexible.

The MultiVAC ecosystem will now have a division into 64 shards in 2021. This gives a speed under ideal conditions of 30784 TPS (transactions per second). An individual shard can handle 533 TPS. This makes MultiVAC one of the first blockchains that has the speed to be usable on a large industrial scale.

Creating and preparing the blocks in a blockchain, requires little energy and power from the computer due to the method developed by MTV. As a result, in principle, anyone can mine with a computer or laptop. This ensures that the process can also be completely decentralized in a way that guarantees safety. The verification of the blocks is done by means of a Proof of Stake consensus.

For the creation of MultiVAC, we go back to 2018. It started with writing the white paper. Three years later, MultiVAC has made the big leap to the mainnet. Let's take a quick look at the history of MultiVAC.

2018 - In 2018, the founders had published their whitepaper. The sharding yellow paper was subsequently published about the sharding process.
2019 - Phoenix testnet and Enigma testnet
2020 - Oracle testnet
2021 - Launch on the Mainnet. Stage Zero completed in August 2021.

The MultiVAC platform is now basically fully operational. With the launch on the mainnet, the ecosystem is basically a young adult, ready to take on the world. The infrastructure is in place and can now be used for the development of dApps and further expansion.

The launch on the mainnet has different phases. For the growth and proper functioning of the ecosystem, it is important that more and more tokens are staked. Stage zero was achieved at the end of August with a stake totaling over 700 million tokens. After that, Stage 1 started. The intention is that 3 million more tokens will be staked in this phase. Staking, holding tokens and making them available as collateral for running the nodes that carry the network is important to give the network stability and continuity.

Staking causes token holders to hold onto these tokens and thus not go for quick trading. Because the tokens are held, the value of the tokens remains stable.

From 2021, the following possibilities of the MultiVAC ecosystem have been realized or are under development:

In a sandbox, just like toddlers in a sandbox, developers can build in a securely closed environment. The MultiVAC Sandbox supports BSC and ETH addresses. This allows one-step migration from ETH/BSC to MTV.

This allows transfer of data and assets between MultiVAC and other blockchains.

This is an embedded DeFi application in the MultiVAC to swap tokens. This can be done at a very low gas fee. Gas fees are the costs incurred for using the network.

This is the plan to structure the governance and management of the ecosystem from within a DAO. A DAO is a decentralized autonomous organization. For now, the development team was in charge, but after the launch on the mainnet, this will be transferred to the community.

The team behind MultiVAC has certainly set a new standard in blockchain development. This was also to be expected when you look at the resumes of the founders and the team.

The founders are Shawn Ying and Frank Lyu. Shawn Ying was educated at Chinese universities, but also received education at Yale. He is currently next to CEO of MultiVAC professor at Tijan University.

Frank Lyu also graduated in computer science from Tijan University and has worked for several companies in blockchain technology before founding MultiVac.

The founders and team behind MultiVAC have an academic background and have worked on various blockchain projects. In 2021 the MultiVAC development team will consist of 6 members with a Phd. In addition, 18 researchers and engineers work in the MultiVAC team. They have previously worked at major tech companies, such as Google, Microsoft and Facebook.

The token Multivac (MTV) is a means of payment to pay gas fees within the ecosystem. But it is also a token used for staking as a reward and collateral. The token will be traded in 2021 on, among others, the following exchanges:

On June 26, 2021, MultiVAC was launched on the mainnet. But more than 2 years before that, on April 11, 2019, the token was already launched for the price of 0.010 USD. The price dropped in the fall of 2019. Until the spring of 2021, the price development was actually almost in a straight line, hovering around USD 0.0002. The network was of course only in the test phase during this period. On April 14, 2021, in the run-up to the mainnet launch, the brewery revived and the price skyrocketed to USD 0.15. After this, the price has fallen again, following the negative sentiment at the beginning of the summer of 2021.

It always gives confidence when a platform has investors and partners who see value in the plans of a development team. Here too, the prospects for MultiVAC are promising. For example, MultiVAC has an international group of investors, especially from China and the Far East.

The following investors are behind MultiVAC:

Furthermore, MultiVAC has a number of partners who work together to make the ecosystem function and expand:

Stake
For the project to succeed, stake action is of great importance. You could already read this in the story about the roadmap and development of the network. With new projects, such as MultiVAC, the rewards for staking are also high. In 2021, the APR (Annual Percentage Rate) is 21.98%.

Although stake action in a new project offers great opportunities to build up passive capital, it is of course not entirely without risks. If a promising project doesn't get off the ground, you could be left with a hefty bunch of tokens for which you will not get anything.

That is why it is important to thoroughly immerse yourself in the fundamentals of a project. With an innovative protocol, a strong development team and the group of investors and partnerships, MultiVAC therefore also seems an interesting option to stake tokens.

In addition, the development team has organized various actions to encourage staking even more. Thus, the goal of staking 200,000,000 tokens in total has been reached. This was achieved in 5 steps. For each step achieved, the token holders received a reward of 5% tokens on the number of tokens staked.

How can you get into MTV?
To stake MTV you first of course need MTV tokens. As mentioned before, you can get it on various exchanges.

In addition, you need a wallet to stake from the tokens here. The staking is done via the MultiVAC site. What are the steps to start staking: Fill your wallet with MTV tokens. It is important that you use a wallet for this and not the address of an exchange. Metamask is very suitable for this. All setup and ready to take action?

Now you can stake in 2 ways.
- 1. Send tokens to the staking address.
- 2. You can also connect your wallet to the site.

Now that the mainnet has launched, your tokens are no longer locked in once you've staked them, so you can withdraw them at any time.

“Let there be light” with these words ended the story of the MultiVAC robot. They are also the first words with which God began the Bible book of Genesis and with which MultiVAC announced its launch.

MultiVAC is one of the many projects launched in recent years. But it is also one of the few that has actually added new innovations to the existing blockchain world. With a sound protocol, an innovative team, enough investors and partnerships, the project is seen by several analysts as a good long-term investment (longer than a year).

Although success is never guaranteed in the crypto world, this can be a promising project.

It's up to you to do your own research and decide whether you want to invest in MultiVAC or not.

Happy Monday to you all, and tomorrow is the contest!