LBI: The Start To Steady Growth 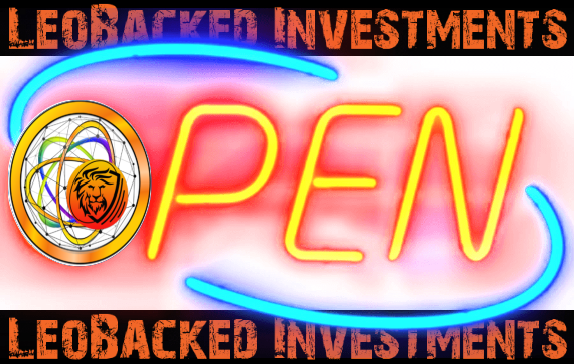 To start, it was a good first couple of days for the LBI token project. The number of people who got involved is very impressive.

Over the first couple days, we were able to issue close to 110,000 LBI tokens to more than 100 different wallets. This is a fantastic beginning to what we hope is a central part of the Leofinance platform.

This is a community based initiative

LBI is a community based initiative. This is something that we cannot stress enough and will be harping upon regularly. At present, the team behind the project is small. They are carrying the load of getting posts out, commenting where needed, and trying to start the incoming revenue stream.

This benefits each and every token holder.

One of the biggest advantages to a project like this is returns can be influenced by activity. While the passive aspect is great, to truly achieve outstanding returns requires the effort of many. Over the next few months we will be looking to add quality contributors who can help LBI to grow.

In the meantime, it is best for all to do whatever they can to help out. This starts with the basics of Leofinance. We operate, for the moment, on a platform where we post, comment, and upvote. With LBI post, it is a huge benefit if all token holders support the project by upvoting the post, leaving a comment, and possibly re-leo(?) them. This will help to add more exposure.

Also, the team is going to try and ensure that, each week, LBI appears on the weekly comment list. At the moment, this is a vital part of the Leofinance platform and we fully intend to support that.

A lot is made about reducing token supply via burns. LBI seeks to approach things in a different manner.

The goal is to lock away the LEO taken in forever. Staked tokens can generate a return via curating. This is a central premise to Leofinance.

Over time, other options will appear that the community will decide whether to get involved with. However, the core stake, and whatever else is added, could be effectively locked up from liquid circulation. Other than redemption, there is no need to ever unstake the LEO (and this is only if the resources are not available elsewhere).

This is a move that we feel benefits all of LEO. Leaving the price aspect aside, having a core foundation of LEO curating on a daily basis can only add to the value of the entire system.

All this provides opportunity to every member of the Leofinance community. While we are not focusing on the LBI token holders for curating, instead opting to focus upon those who are contributing to the platform, there is great likelihood that upvotes from the LBI account will be given to active LBI token holders.

As one poster concluded, this could be a path to more LBI.

Assuming the original price of @lbi-token when it was issued yesterday if they voted me up a value of 4.432 when I receive my rewards I will earn 2.2 Leo. If that is indeed correct, I could then purchase around 2 @lbi-token and it would have cost me $0.00 out of pocket?

Yes, anyone who receives an upvote from LBI can use the LEO received from said vote to buy more LBI. This will only increase the VP that the account has, possibly generating a larger vote for token holders (and everyone else on Leofinance) in the future.

It also opens up the door for other opportunities in the future. Again, the more resources this project has, the more that can be invested in.

For the time being, the team is focusing upon the Leofinance platform only and establishing a strong foundation there. This means we are seeking to put as much LP away as possible to be able to further enhance all the members of the Leofinance community.

Let us know what your thoughts are and ideas that you might have.

We look forward to the input from everyone.