Today we are going to have a little bit of silly fun. Writing posts about stats and LBI is cool and stuff but sometimes we need to be silly and do something different to stand out, something that can engage with more than just our beloved LBI tokens holders. 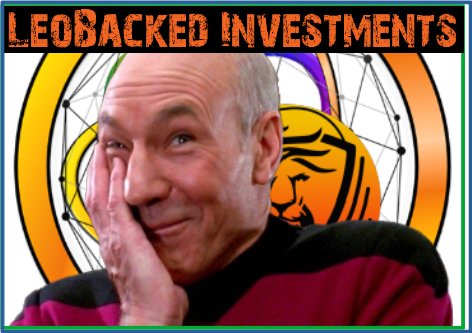 I was reading through's @hetty-rowan's post from 2-3 days back (Rising Or Falling Star?) and it took me a while to read through the 3100 words she had written. Anyways, just after finishing the post, I went into one of many daily daydreams. I was thinking, what is my longest ever post and then what is the longest post by word count on HIVE? Weird thing to think about but I had an idea.

I was talking to Hetty on DM's and after I awoke from my daydream I floated an idea by her, she liked it and here we are, im sharing the idea for feedback.

I can not find the longest post by word count, asked around LeoFinace server, even google searched it. I know someone could find it out exactly but I dont have the skills and I found something even better.

Who wants to break the blockchain?

Ok, ok, so we cant break the blockchain but we could do something awesome and collectively create a 64,002 character post. Told you it was a silly idea but.....pretty cool? I think you'll agree that being part of the biggest ever post on LeoFinace is a small milestone and deserves some sort of reward badge (There are no badges, dont ask)

I'll not talk about the interaction with new users and promotion LBI will get from this but hey, what's good for LEO is good for us. Remember this for later on.

Up to you my friends. We can split into 3 sections to write about. Pick your favourite.

1/ Write something brief about LeoFinace
2/ Make a prediction (about anything) and use the post as a store of evidence so when it comes true, you have a URL to show you're a genius.
3/ Leave a short message for your 3-year future self

How to take part?

Not in this post, in another post released next Thursday because I already have content for tomorrow and Saturday is earnings and holdings report day. So you remember I said what's good for LEO is good for us. Yeah, so...your gonna have to pay to take part in this. More of a donation, let me explain. We are going to do this awesome thing, why not add a cherry on top?

To take part will cost you a minimum of 1 LEO token, there is no limit to how much to can send to take part, 1, 5, 24.712, 100 LEO all accepted. All LEO tokens received from this silly adventure will be burned, sent to @null, goodnight, RIP.

LBI will offer prizes for the top 3 donations and we will not be reporting who has sent what to add to the fun. I had thought about rankings messages by donation size to milk it but that would a/ not be fair to everyone and b/ require more work from me. Im a lazy man guys so top 3 will win something!

They are not huge prizes but enough for people to maybe snipe each other in the final days trying to grab the prize. haha.

How will it work? (roughly)

If we collect enough messages, I copy/paste all the messages into a post and upload it.

If we do not collect enough messages 1st time, we post until collect around 200. A goal is a goal, no?

After the 64k character post is upload, we BURN all the LEO donated and give ourselves a pat on the back for a job well done. I send myself an email to receive in 3 years to remind me to upload a post today (in 3 years) showing all the predictions and all the 3 year future self messages.

It'll be funny to look back on because what I was doing and predicting 3 years ago was wrong, haha. and it's good to laugh at ourselves sometimes.

What do ya think?

Let me know the comments below
.
.
.
.
Feel free to repost this by clicking