Teams of 3 - How to build more defi instead of cefi

Hello LBI'er's. Today we are going to quickly look into LBI teams and how they will help us build and grow LBI into a massive project with its hands in many pies. Having just uploaded a post 3 minutes ago from @lbi-gov, i can tell you now this will not be a long post but we will cover why i think teams are the way to go for LBI. By the way, please go and visit the lastest post from @lbi-gov, it is the launching post for Gov team nominations, anyways click on the account link if you are interested. 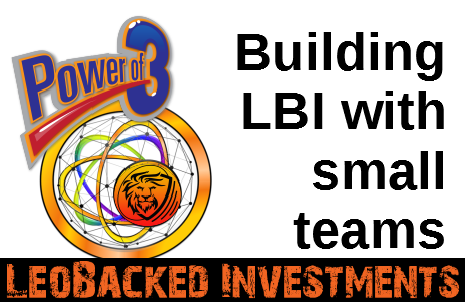 Moving onto today's subject of building up LBI with small teams that are each set up to perform certain tasks while also being accountable to the success of the overall project. I read a book about 15 years back, wrote by Richard Branson and the way he had set up Virgin companies. Basically, each of his companies run independently under the Virgin brand and no company will have more than 100 employees. The thinking is if 1 company fails, the rest are most affected by this. Interesting stuff and some of this model can be used toward a decentralized investment token project. Let me explain.

LBI when fully up and running will require an , , governance team, subsidiary project teams, gaming team, dev team, microblogging team, discord team are even a LEO witness team. We can really add as many as we have people willing to put in the work. Each team will work independently as part of a well-oiled machine but all focused on the common goal of growing LBI.

Having small teams ensures that each person is directly responsible and accountable for certain tasks. Larger teams will, in general, be run by the most vocal 2-3 people as we are genetically built to follow, and being in a small team does not allow that.

Realistically, nothing we are doing or will be doing will require teams of more than 3 people. 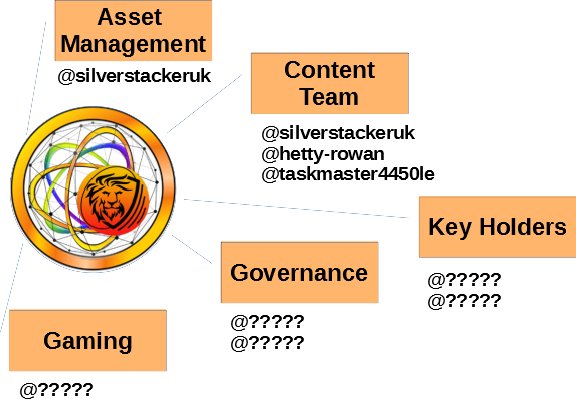 Each team will run independently of each other and be accountable for that team's task. All transactions will need to be accounted for with the asset management actively performing weekly adits on all accounts falling under the LBI project. How teams allocate funds depending on whether they are an income-producing team are not will be decided by the actual team. Having small teams makes it harder for funds to go missing, maybe not harder but easier to find those who did the dirty.

In my mind, this is as decentralized as we can get. Each team doing its own thing as they best see fit, token holders having full governance and managed assets instead of some algorithm deciding our fate. If one team falls off are gets corrupted, their account keys are changed and the rest will remain untouched with the project continuing on.

Anyways something to think about, I've taken some inspiration from a book I read 15 years back and turn what was described as a centralized corporation into something about more defi friendly and updated for future.

Thank you for taking the time today to read this post. Please go and check out the latest post uploaded from @lbi-gov. As always, feedback and comments are welcomed below.