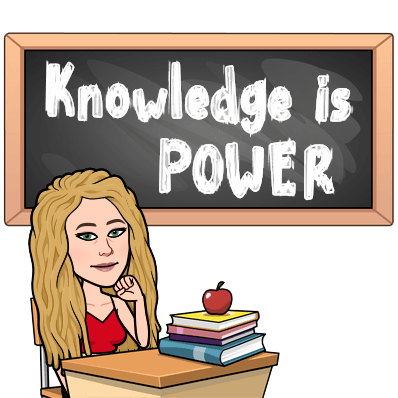 What exactly is Ziliqa?

Zilliqa (ZIL) appears to be the first blockchain that is truly scalable without compromising its decentralized character. Where other projects come up with all kinds of alternatives such as side-chains or masternodes, the Zilliqa (ZIL) team comes up with a completely new technology. Can Zilliqa live up to and remain the fastest (and decentralized) blockchain?

Zilliqa is designed to scale to thousands of transactions per second. And that's made possible by their new technology, 'Sharding'. Uhm what? Sharding you say? ...

In case you're wondering what sharding is, here's a really short, simplified explanation. Sharding is a type of database partitioning that separates very large databases the into smaller, faster, more easily managed parts called data shards. The word shard means a small part of a whole.

Ziliqa puts the theory of sharding into practice with their new protocol, which ensures that transaction capacity increases as the network expands. The platform is geared to enable secure data-driven decentralized apps, designed to meet the scaling requirements of machine learning and financial algorithms. Ziliqa has been around for about 4 years now and has made several groundbreaking implementations commercially possible.

Ziliqa is thus trying to solve one of the biggest blockchain problems with Sharding. And that's scalability. Blockchain currently works on the basis of “nodes”. Nodes are parts of the blockchain network that ensure that it remains secure and that hackers cannot run off with other people's money.

For Blockchain, however, the more nodes that are connected to the network, the more difficult it becomes to reach an agreement (for example, whether a transaction is legitimate). The larger the network, the more difficult it will be to reach an agreement. Other solutions to this problem that have been suggested are off-chain solutions or solutions that come at the expense of the decentralized aspect (Bitcoin Cash). Neither of these solutions solves the fundamental problem of blockchain scalability.

Ziliqa has found a solution for this in their sharding technology. All the work (mainly checking transactions) is distributed on the network over groups of 600 nodes, the shards. For example, if there are 2400 nodes active on the network, they will be divided over 4 shards of 600 nodes each. All these shards each do the same amount of work for the network. So, in this example, each shard handles 25% (1/4) of all transactions. The work that such a shard has done is then packaged into a microblock. These microblocks are then combined in a process called “DS epoch” into a large block that is added to the blockchain.

Understanding this concept is simple. However, to implement it securely in blockchain technology is extremely complicated. My respect for Ziliqa that they succeeded.

All the benefits of Zilliqa's blockchain

Then on with the Ziliqa team, and it has been said at the very least, 13 team members, at least 5 of which have graduated from a university. The CEO is a computer science expert and a few more techies. And that is actually the core of Ziliqa, it is pure technology.

That is great to market a technically strong product, which is of course never wrong in the crypto world, but putting it on the market could well be Ziliqa's problem because the marketing side of the team is really much less is strong.

The token of Zilliqa, ZIL, on the Ziliqa network really means the same as the Ether for the Ethereum network. On the Ethereum blockchain you pay the (currently high) gas fees with ETH, on the Ziliqa blockchain you need ZIL for this. Since November 26, 2019, the Ziliqa team has swapped their tokens to ZIL tokens from their own platform, before that they were based on the ERC-20 protocol of Ethereum. In total there will be a maximum of 21 billion tokens. Of this, 30% is owned by the team and affiliated companies. Most of this 30% must be held for at least three years. 40% of the ZIL tokens come into circulation thanks to mining and the remaining 30% went to the early adopters.

Cons of Ziliqa are not easy to find, but one of the drawbacks is of course that other blockchains are also working on the scalability problems. And if one comes up that finds a different solution, which is better and faster than that sharding technology from Ziliqa, it may be that the popularity of Ziliqa will soon be ready. They still have the advantage that they seem to go further than just a payment method, where for example NANO only functions as a payment method, Ziliqa offers more! Another disadvantage is that they have a shortage of marketing specialists in their own team to properly market the blockchain. But this can be overcome by the excellent technology that has proven itself well to date.

What is Ziliqa Worth?

At the time of writing, a Ziliqa is worth $ 0.069457 according to Coinmarketcap. That is an impressive increase when you consider that a Ziliqa was worth $ 0.0046 exactly 1 year ago.

If we take this increase into account, remember that Ziliqa has a good team of techies in their stable, and consider that they offer a unique solution to the blockchain's scalability problem to date, it could just be that Ziliqa can see a very bright future!

And remember that I am not a financial expert, just someone who is learning about blockchain and technology. This is absolutely NO FINANCIAL ADVICE.

Do your own research!