I have been wanting to make this kind of publications for a long time, I have not seen anything like this in the community yet, since, most users are focusing on the new era of Decentralized Finance or DeFi, but they leave aside how elementary it is to know this kind of information about Cryptocurrencies, let's remember that there are many new users looking for some guide or instruction to learn much more about this world, so based on this, why not take advantage of the occasion.

So, to start with this type of essential publications on the Blockchain and Cryptocurrencies, I have chosen a very interesting topic such as "Privacy Coins", in this sense, I intend to explain one of the most famous coins with respect to the privacy it provides in its transactions, it has been in the markets for quite some time and at the time was among the top of major coins with respect to market capitalization, rivaling other projects in the industry with enough experience and that are still in the entire ecosystem. This coin is nothing more and nothing less than "Monero (XMR)".

Its beginnings as a project

The beginnings of the creation of Monero were really simple, starting with the fact that it was a user on the Bitcointalk platform who started its official history, this user is called "thankful_for_today". This person created on April 9, 2014 a thread where he announced and published about the creation of "BitMonero", which was composed by Bit, making direct reference to (Bitcoin) and Monero from (Currency in Esperanto). In addition to this, the currency was a Hard Fork of the so-called "Bytecoin" with some improvements, however, some time later the community that started supporting the project at that time did not like the idea very much and among the changes was that the currency was definitely called "Monero", starting again its history from this event.

Monero is an open source currency created in 2014, specifically in April. It is characterized for being one of the cryptocurrencies that has the highest level in terms of privacy and security of its transactions, together with the decentralization that makes it a very healthy project in terms of the developments and technology on which it is based. This level has been achieved thanks to the great technological advances it has achieved in Blockchain technology and cryptography itself. The multiplatform support it has is impressive, since, its software can even be established in systems such as: Windows, macOS, GNU/Linux, Android and BSD.

The Fundamental Pillars of Monero

The pillars of "Monero" are the foundations on which the project works, its approach is what makes this project successful and offers a wide range of features that make up its entire ecosystem. These fundamental pillars are as follows:

Essential features of the Monero growth

Among the most outstanding features of the project, there are many technological advances related to the highest level of privacy and security in cryptocurrencies, which led to the creation of several unique algorithms that make "Monero", this at the forefront and at the highest level of security and privacy in their transactions. In that sense, in this section I intend to detail the main features of this great project in the crypto ecosystem:

Monero mining started with the successful proof-of-work (PoW) based consensus algorithm, called CryptoNight, however, currently "Monero" uses another more advanced algorithm also with the same proof-of-work (PoW) algorithm, this is called "RandomX", which does not base its mining activity on ASIC equipment, but empowers and provides great opportunity for CPUs to mine under a virtual mining scheme. This provides better access to the currency and to the essential Monero platform, because miners can have access to less expensive equipment to support the network and collaborate with the project.

Its Governance and High Decentralization

Its governance must be highlighted because, as I mentioned before, it is a 100% decentralized project, controlled solely and exclusively by its community, which bases its decisions in a meritocratic and communitarian way. Neither the team of developers has the power to make decisions on its own, no one is anyone's boss, decisions are simply made together for the good of the project and are executed according to its growth. Something that makes Monero very special.

Scalability, speed and cost of Transactions

Another very important point is the scalability of the core ecosystem of this project. Its technical capacity and technological expansion, is very much involved with the following aspects that I will describe below:

How to create a Monero wallet?

To create a Monero wallet, just follow these steps: 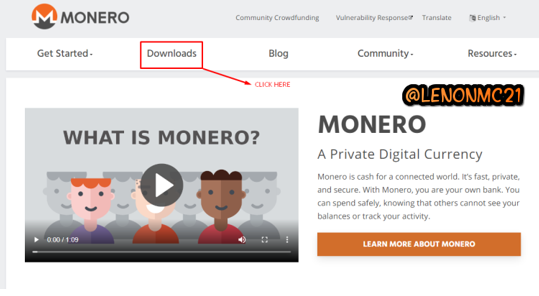 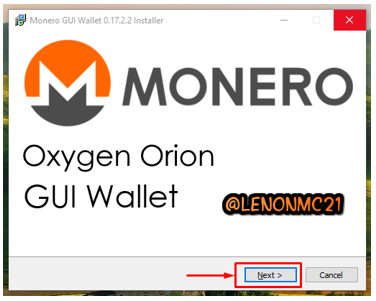 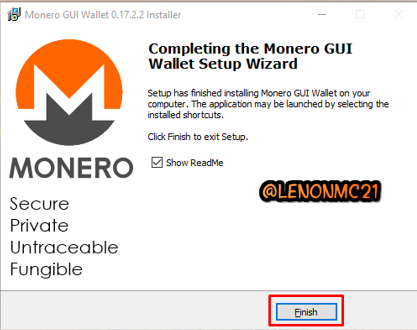 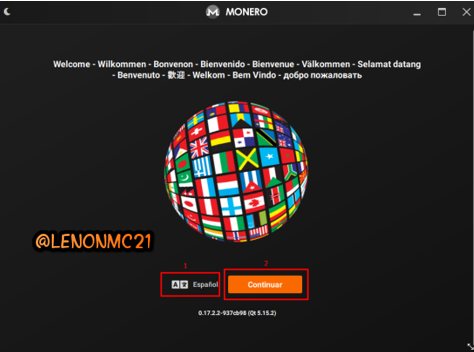 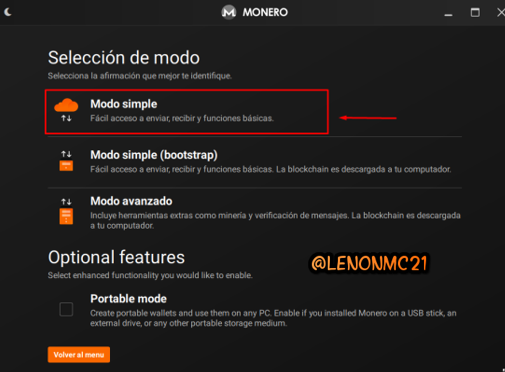 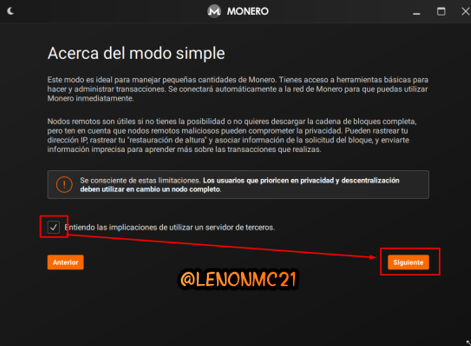 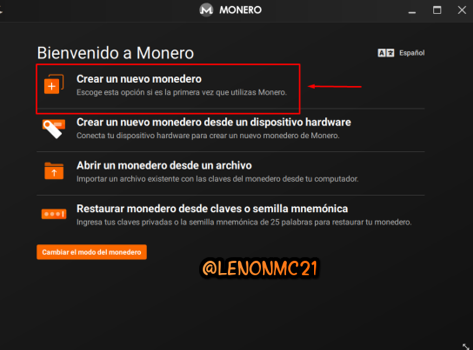 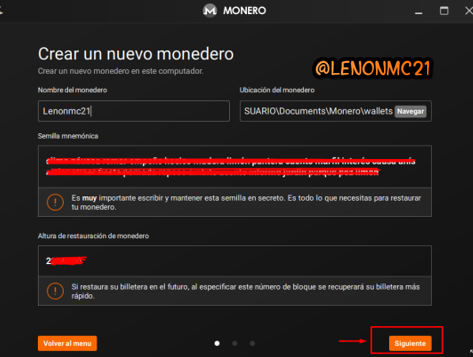 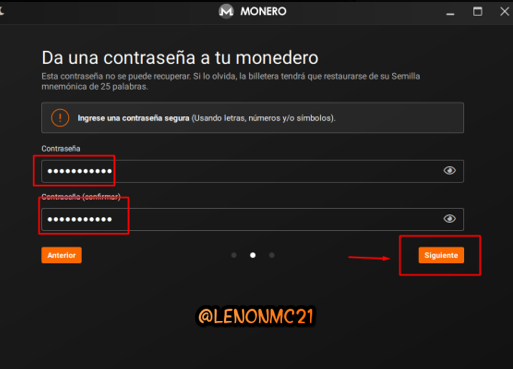 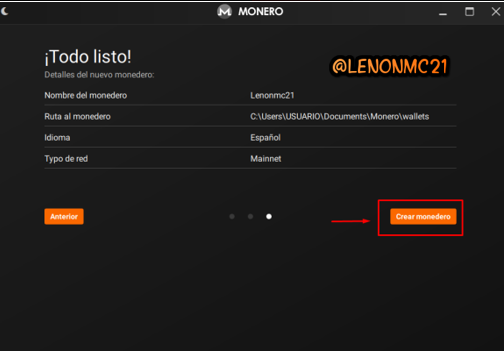 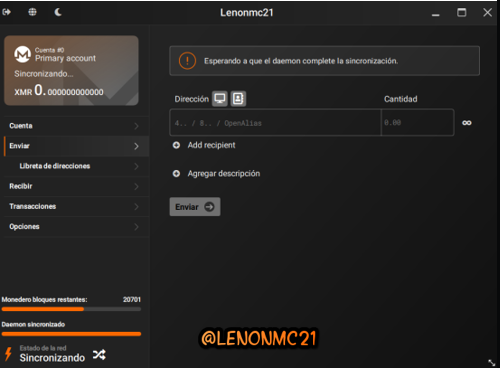 I chose this privacy currency because I like the fact that it is 100% decentralized, being managed only by its community without having a central boss that makes the major decisions, which is excellent because everyone together has the right and the power to make the best decisions in order for the project to grow. In addition to this, the incredible technology that is behind Monero, calls my attention, its privacy is very high level, as well as its security, surpassing by far currencies such as Dash, which are basically based on the speed of their transactions.

Privacy Coins in the cryptocurrency ecosystem play a very important role linked to the anonymity that each person would like to have with respect to their funds; and although we know that many times they are often used for criminal purposes, it is certainly very interesting and I could even say necessary, since it allows us to have the possibility to choose whether we want our transactions to be shown or not in a certain Blockchain.