Welcome to the weekly edition of the LeoFinance stats report.
This is a weekly report covering January 18, through January 24, 2021.

There is a redesign in the charts looks so please comment below your feedback 😊. 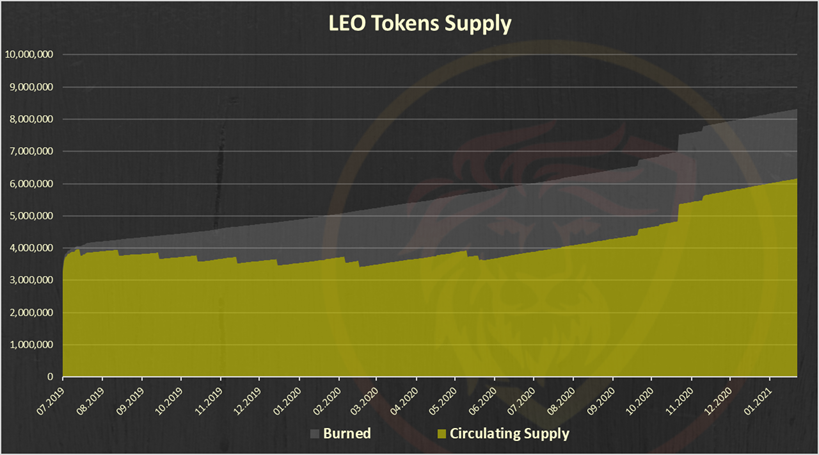 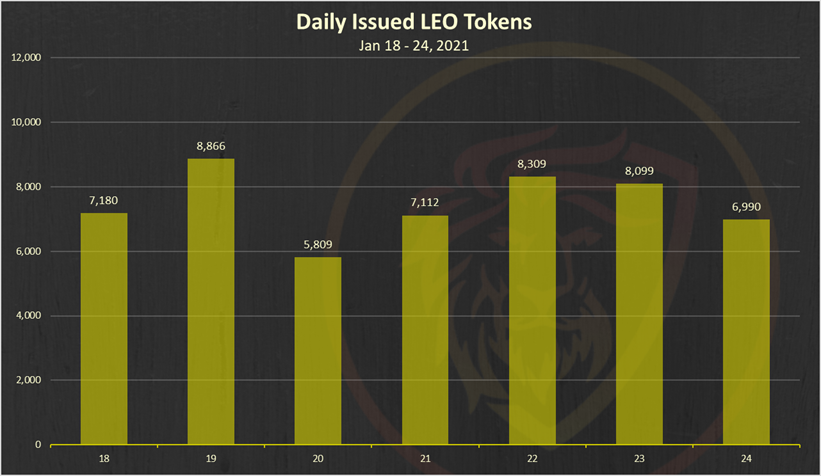 A total of 52k LEO were issued in the last week. 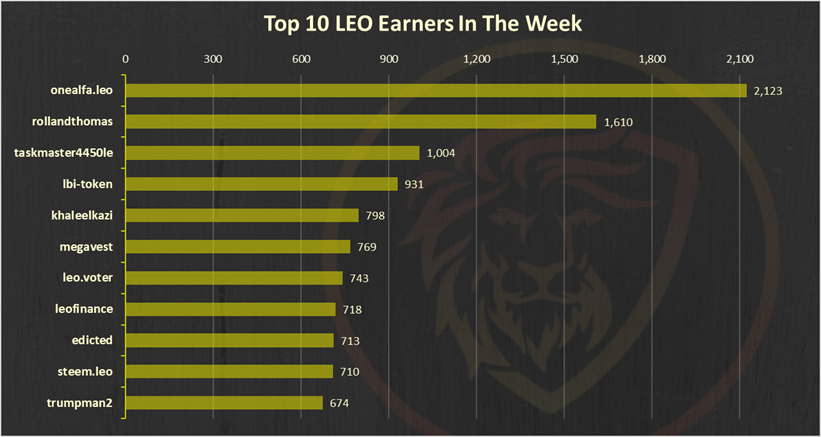 @onealfa is on the top with 2.1k tokens, followed by @rollandthomas and @taskmaster4450le. 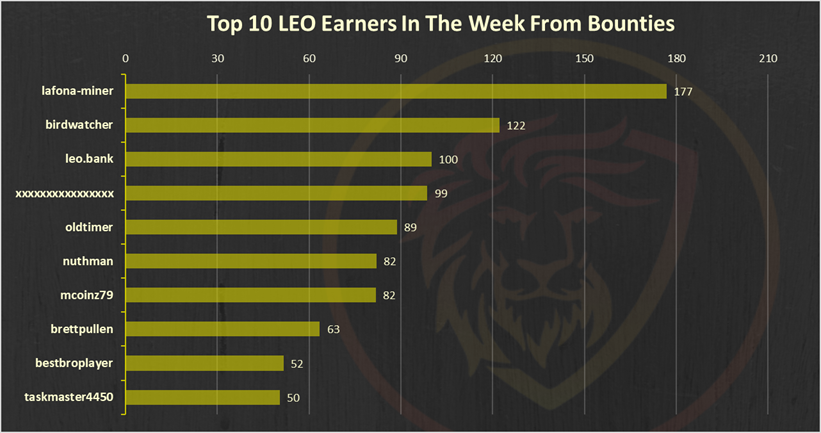 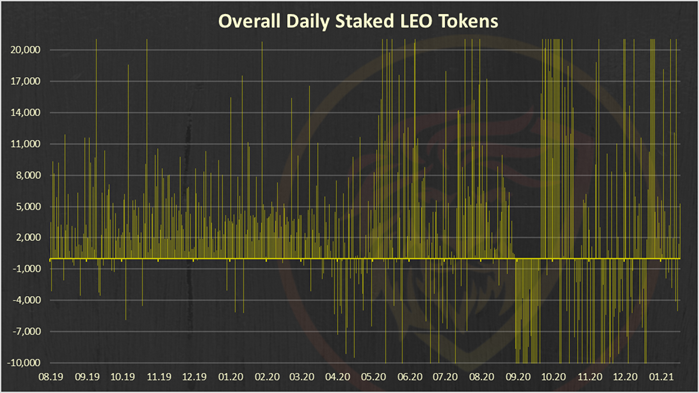 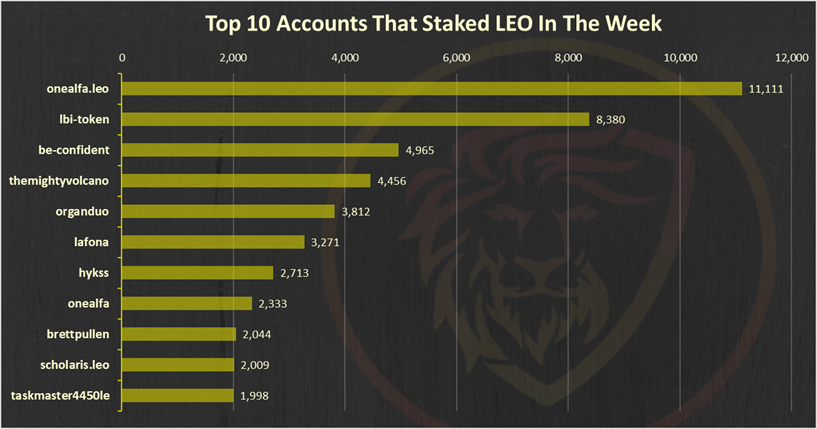 @onelafa on the top with 11111 tokens staked (another numbers game 😊), then the @lbi-token account and @be-confident. 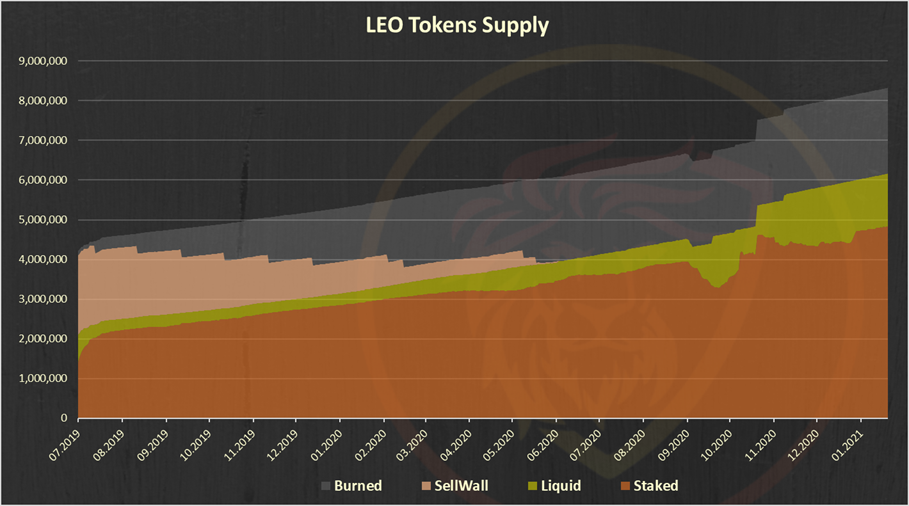 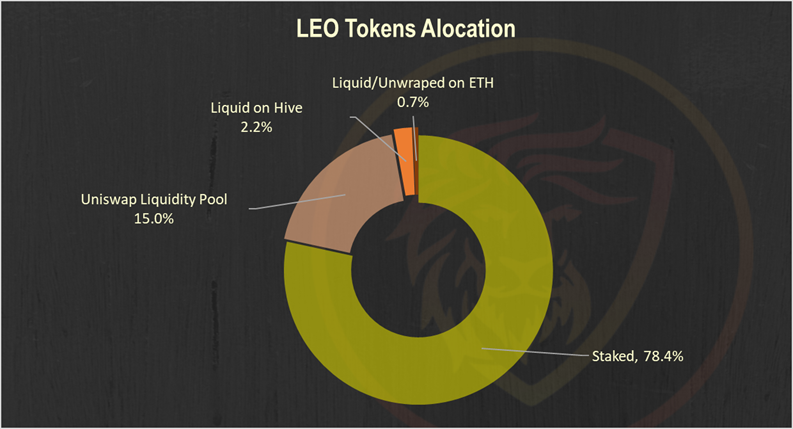 The LEO staking numbers continue to be great with 78.4% staked and 15% in the liquidity pool. 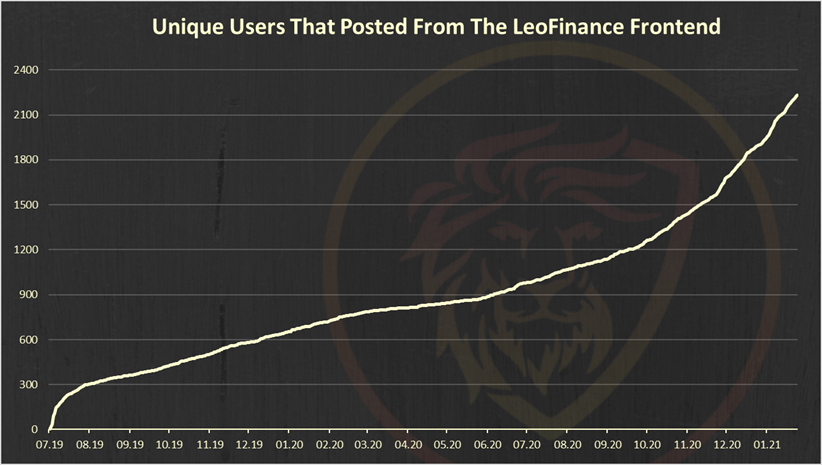 A total of 2234 unique users have posted from the LeoFinance frontend. 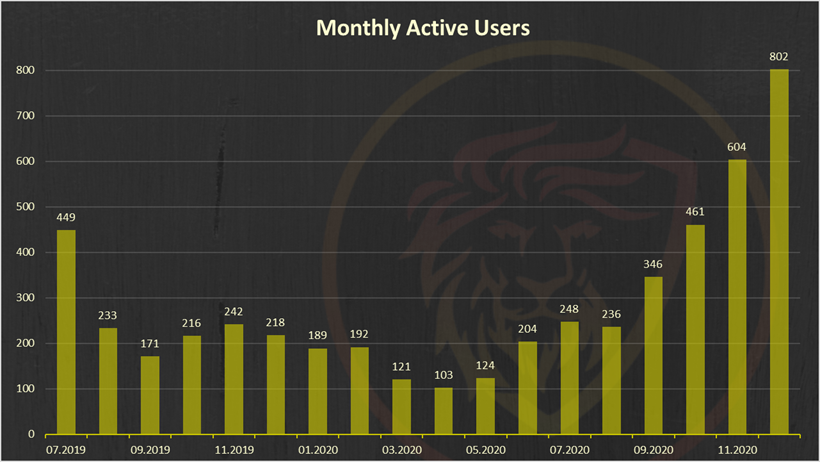 A continues increase in the number of MAU in the last four months. 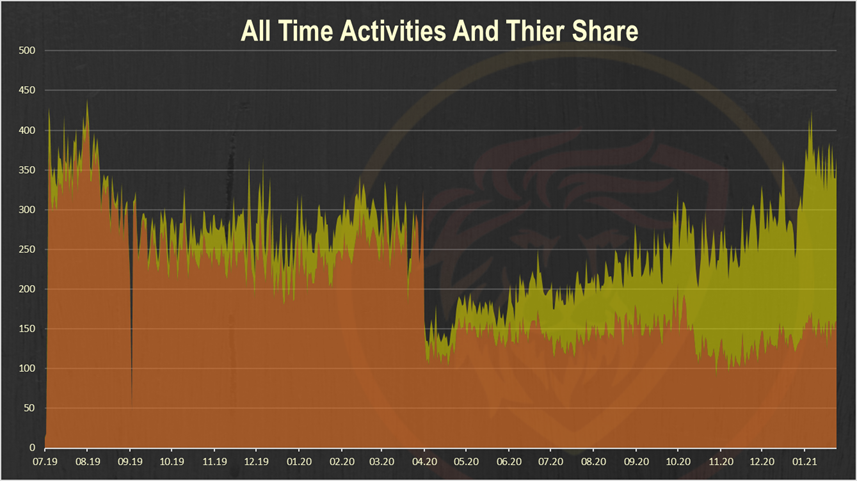 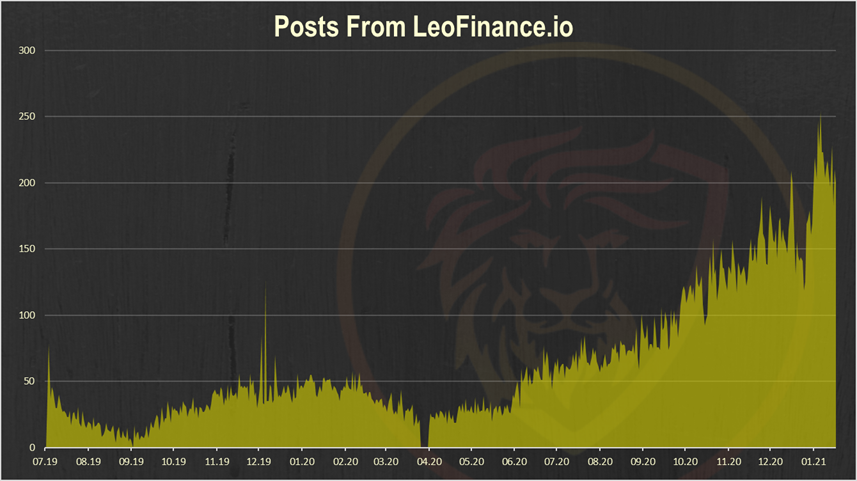 The up trend in the numbers of post from leofinance continues in the last week as well with a total of 1448 post in the week. On average 207 posts per day. 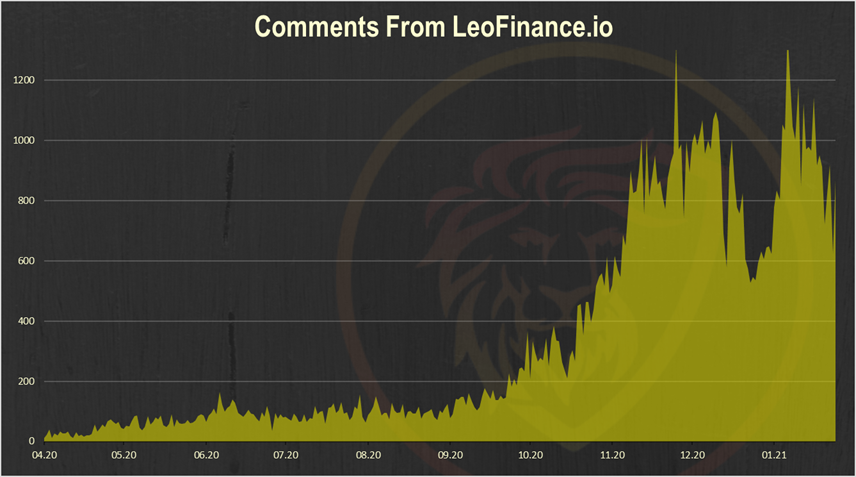 Almost 6k comments in the last week with around 850 comments per day. 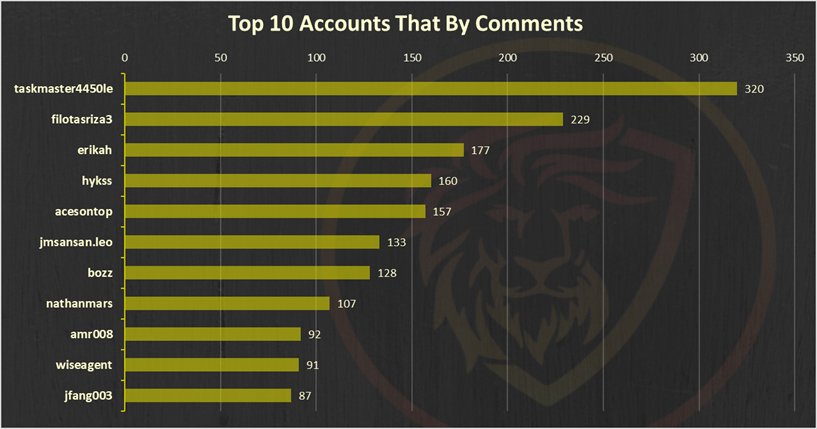 @taskmaster4450le is on the top with more than 320 comments from the leofinance interface, followed by @filotasriza3 and @erikah. 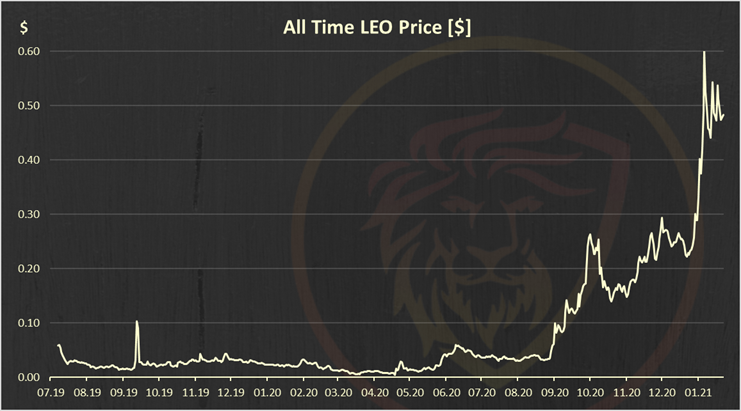 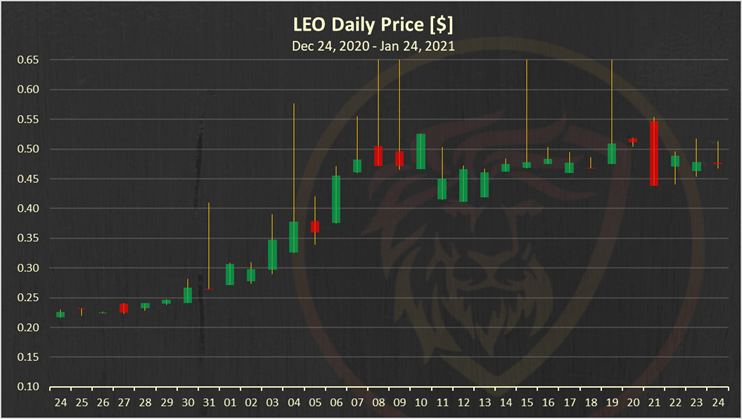