Welcome to the weekly edition of the LeoFinance stats report.
This is a weekly report covering March 22, through March 28, 2021. 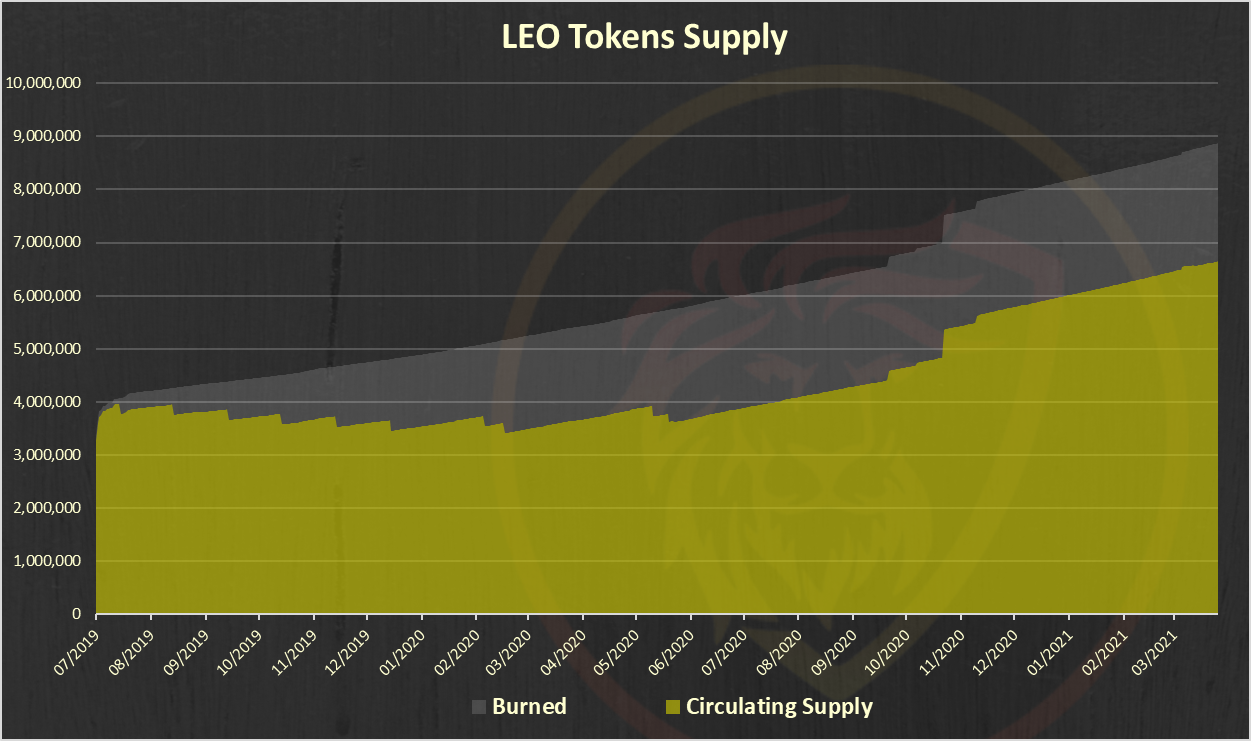 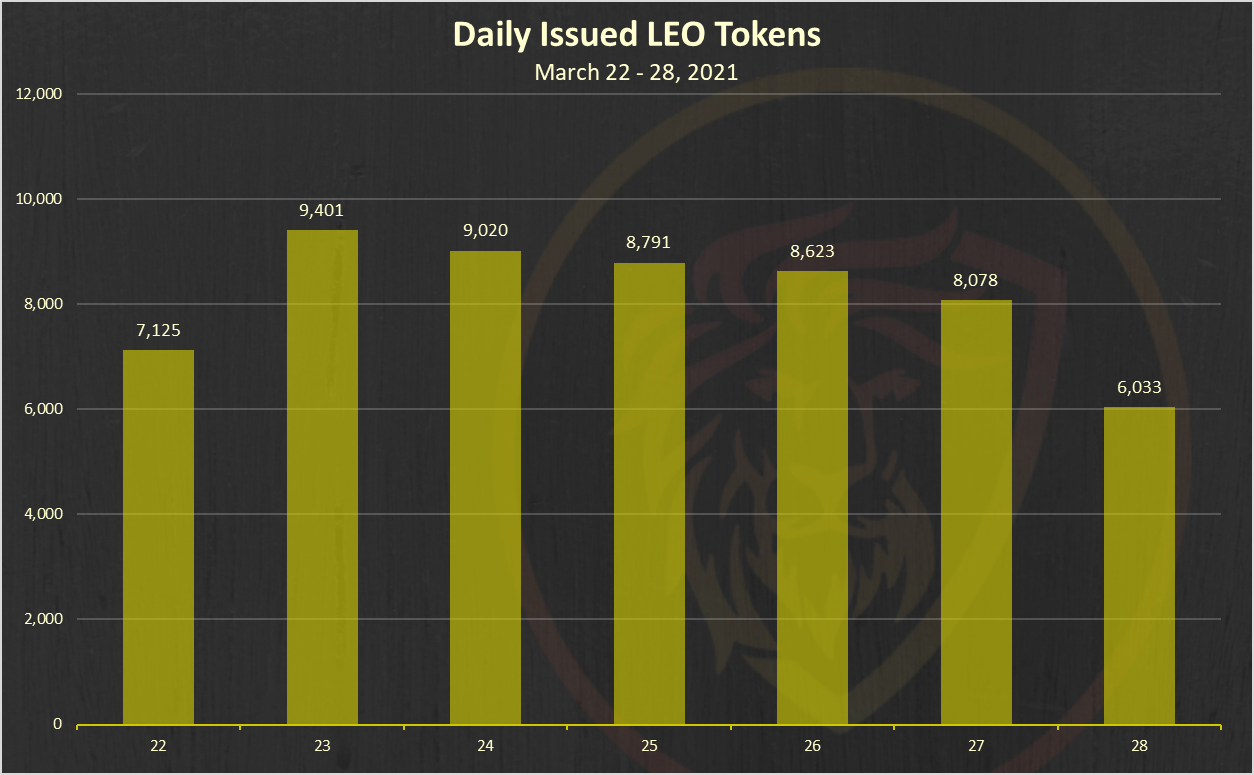 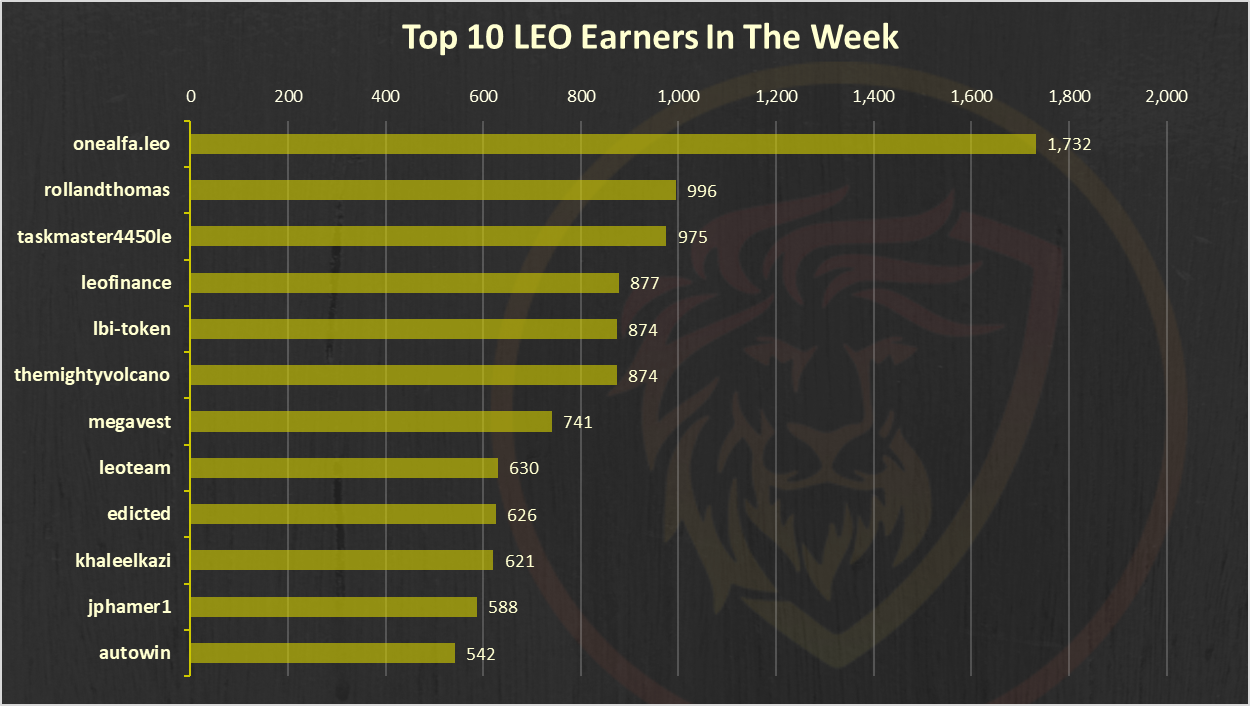 @onealfa is on the top with 1.7k tokens, followed by @rollandthomas and @themightyvolcano. 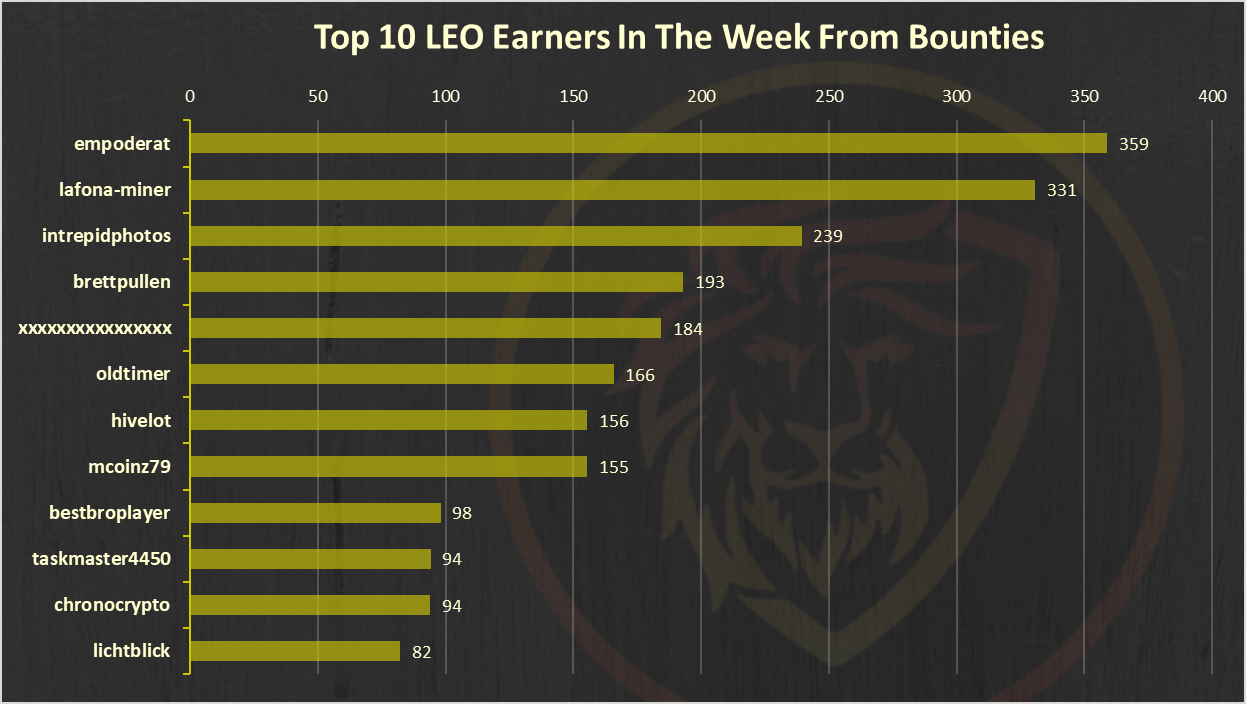 @empoderat is on the top here as a new entry, followed by @lafona-miner and @intrepidphotos. The last one is a new entry in the top 3. 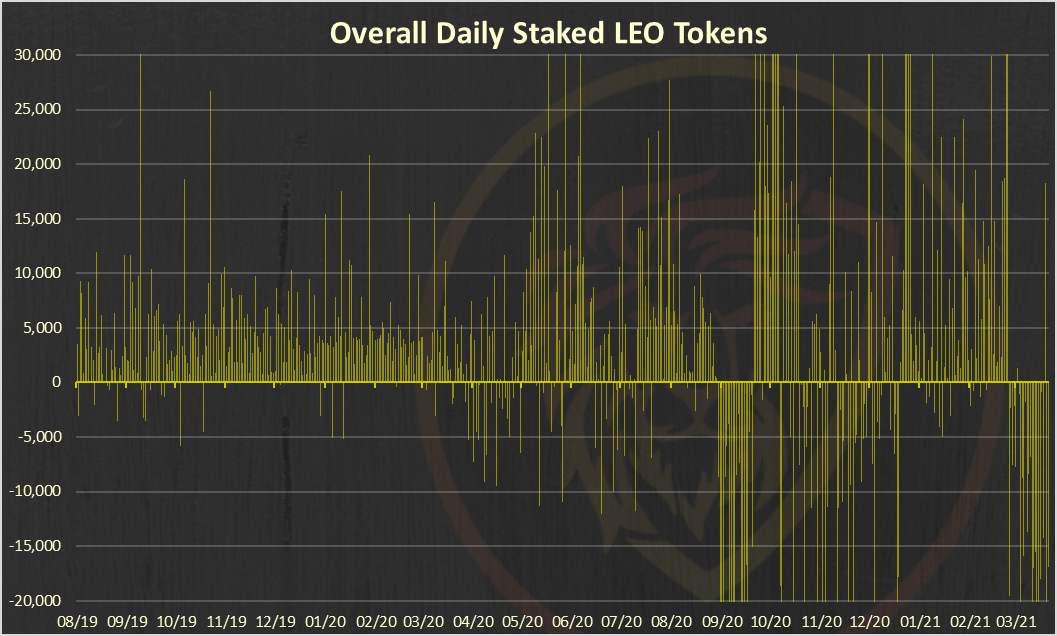 There is some unstaking happening in the last week after a lot of staking before the CUB airdrop. This is mainly because of the bLEO pool on CUB, and people want to stake bLEO there. 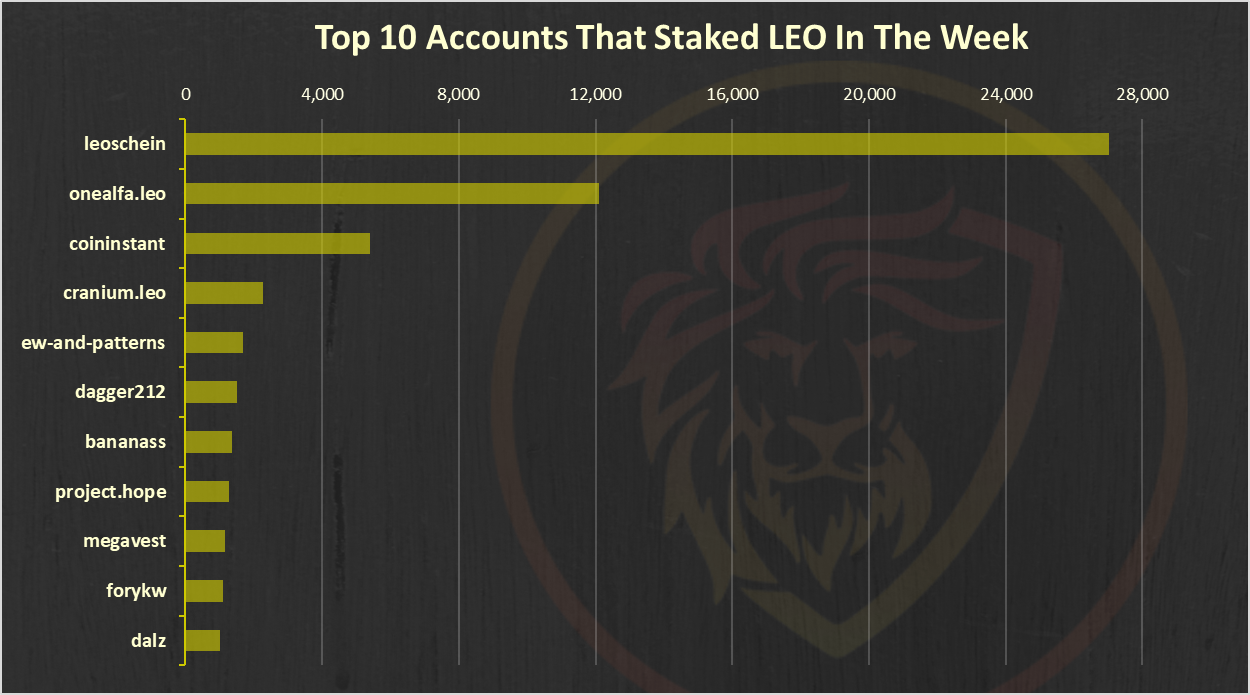 The @leoschein account is on the top wit a massive 27k LEO staked, followed by @onealfa.leo and @coininstant. 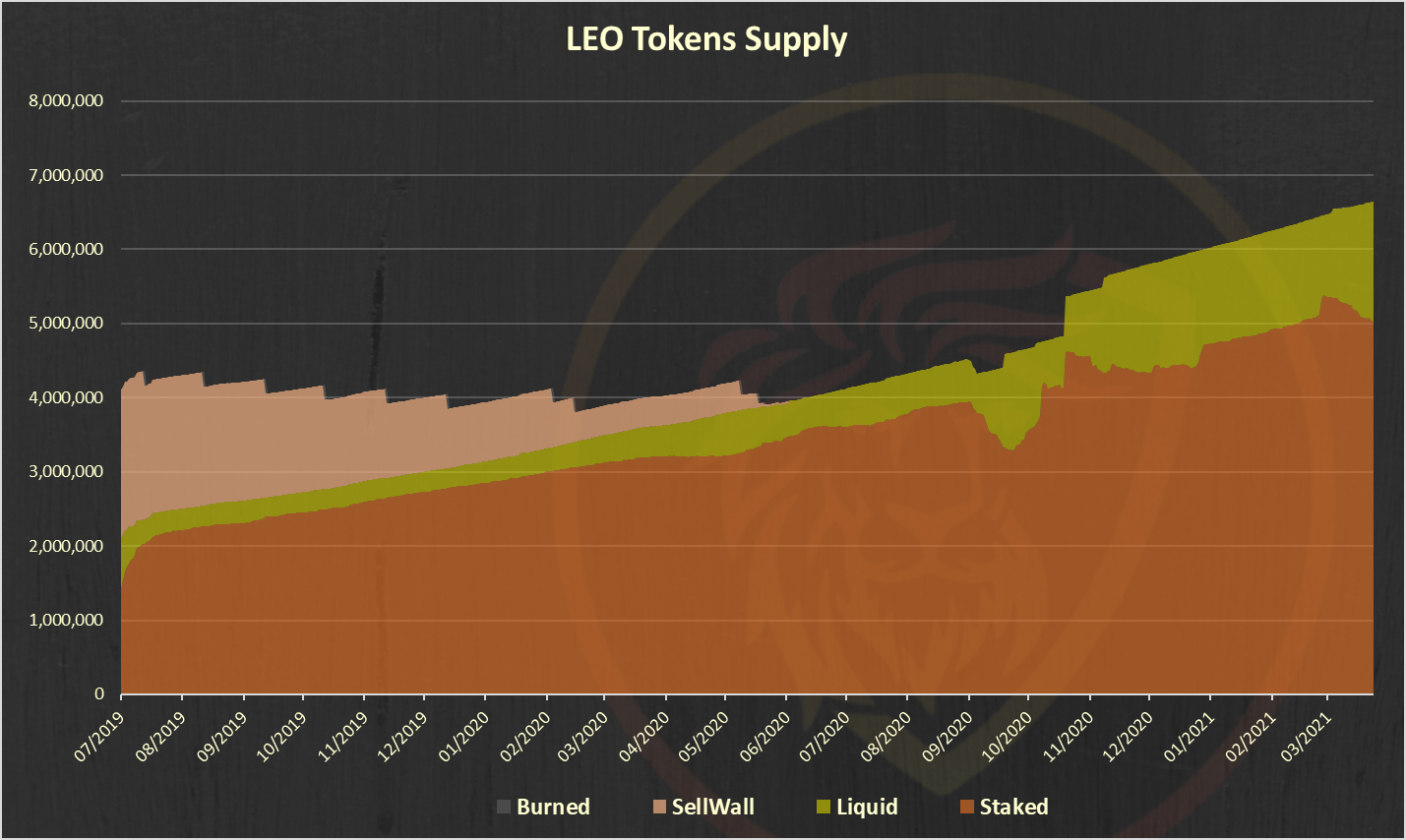 Below is a chart of the LEO tokens alocation. 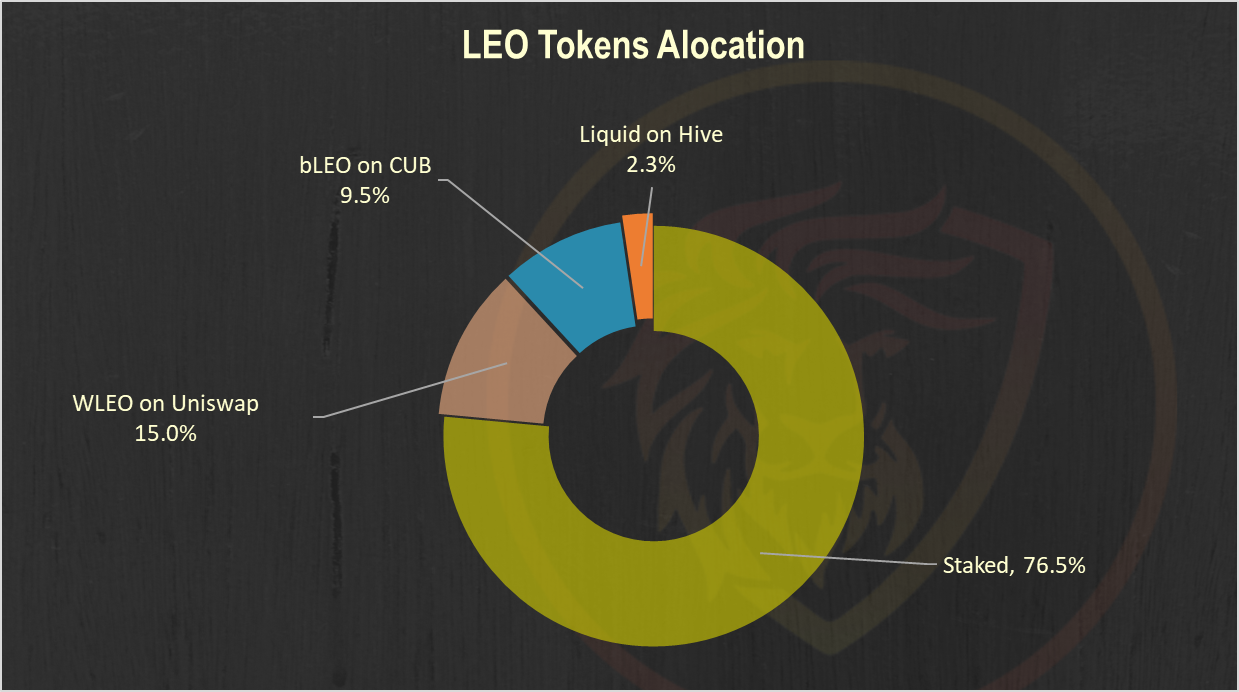 More LEO is being moved to BSC and bLEO. Almost 10% now on BSC. Soon it might flip the WLEO pool.

The staking has dropped in the period as well, from 82% two weeks ago to 76%. Again, LEO is moving to bLEO. Will be interesting to see where the balance will be after this initial token reallocation. 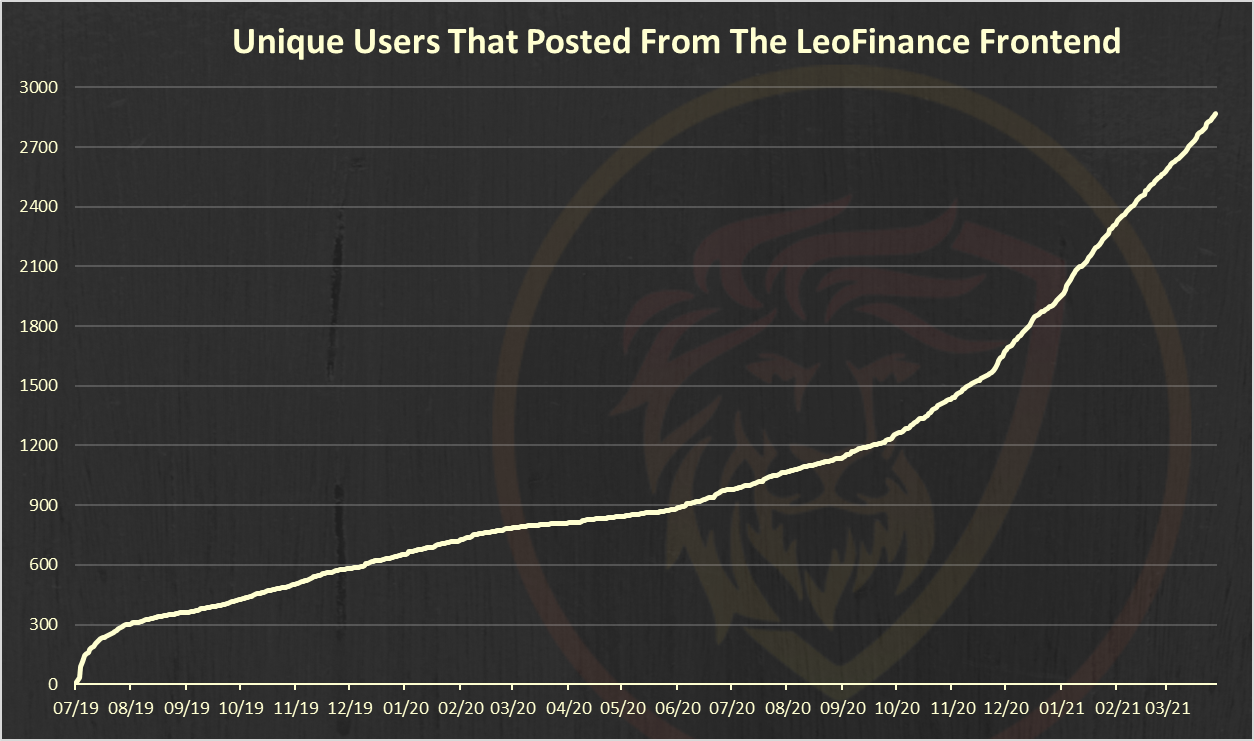 A total of 2871 unique users have posted from the LeoFinance frontend. 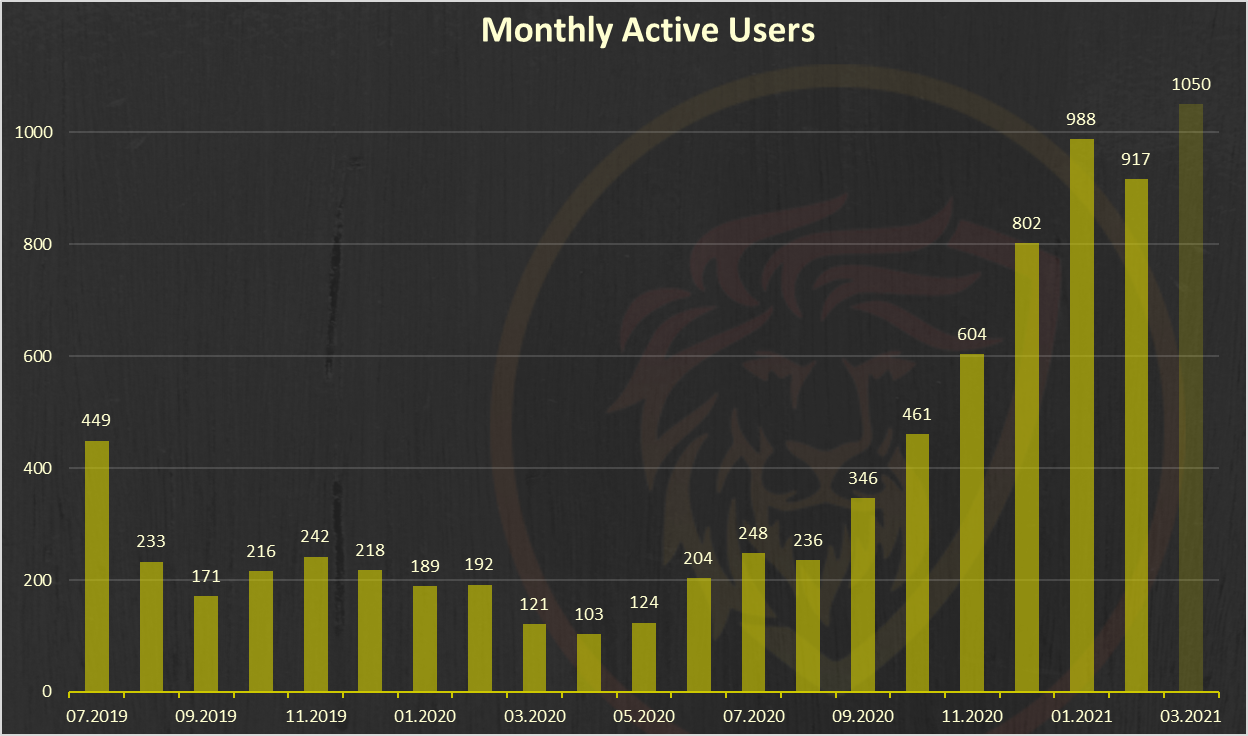 I have added March in the chart as well, although it is not over yet. As of today the number of unique users that have posted from the web in March has reached more than 1000. For the first time LEO has more then 1k MAUs. 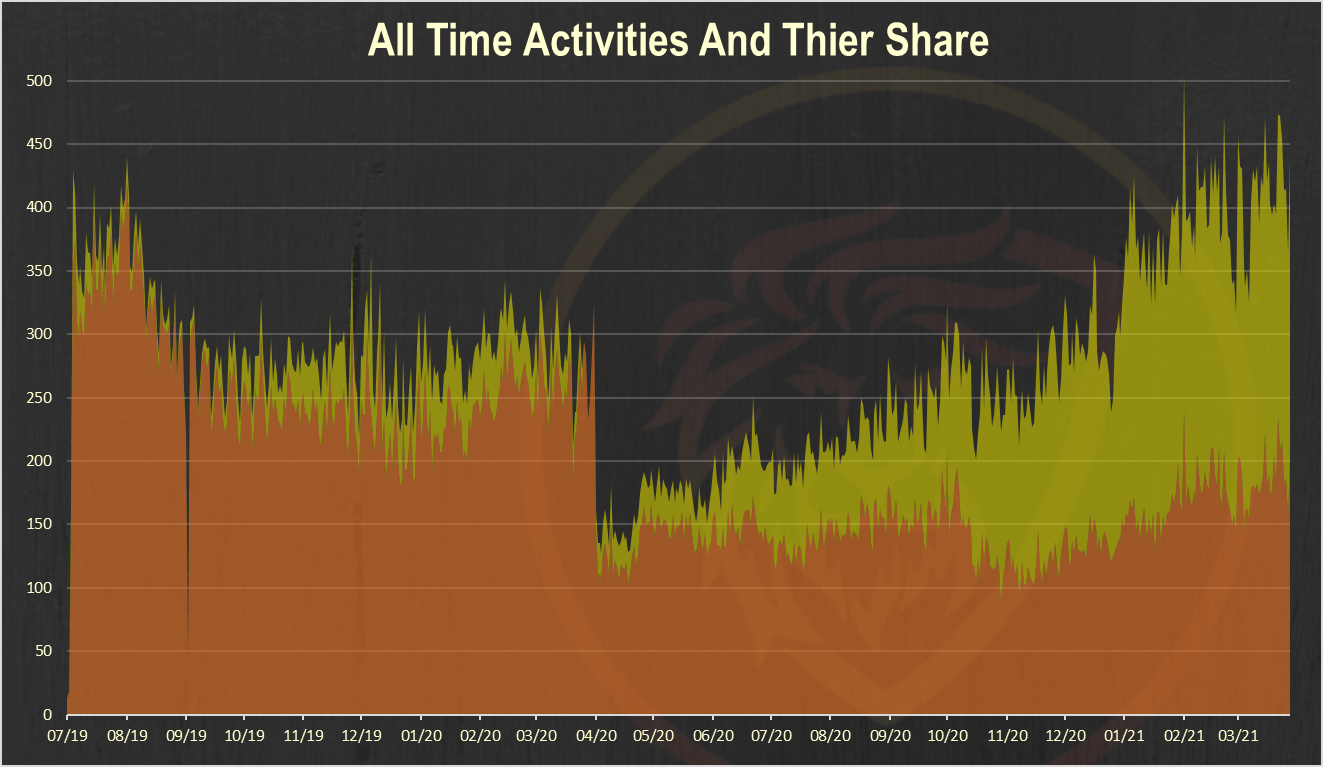 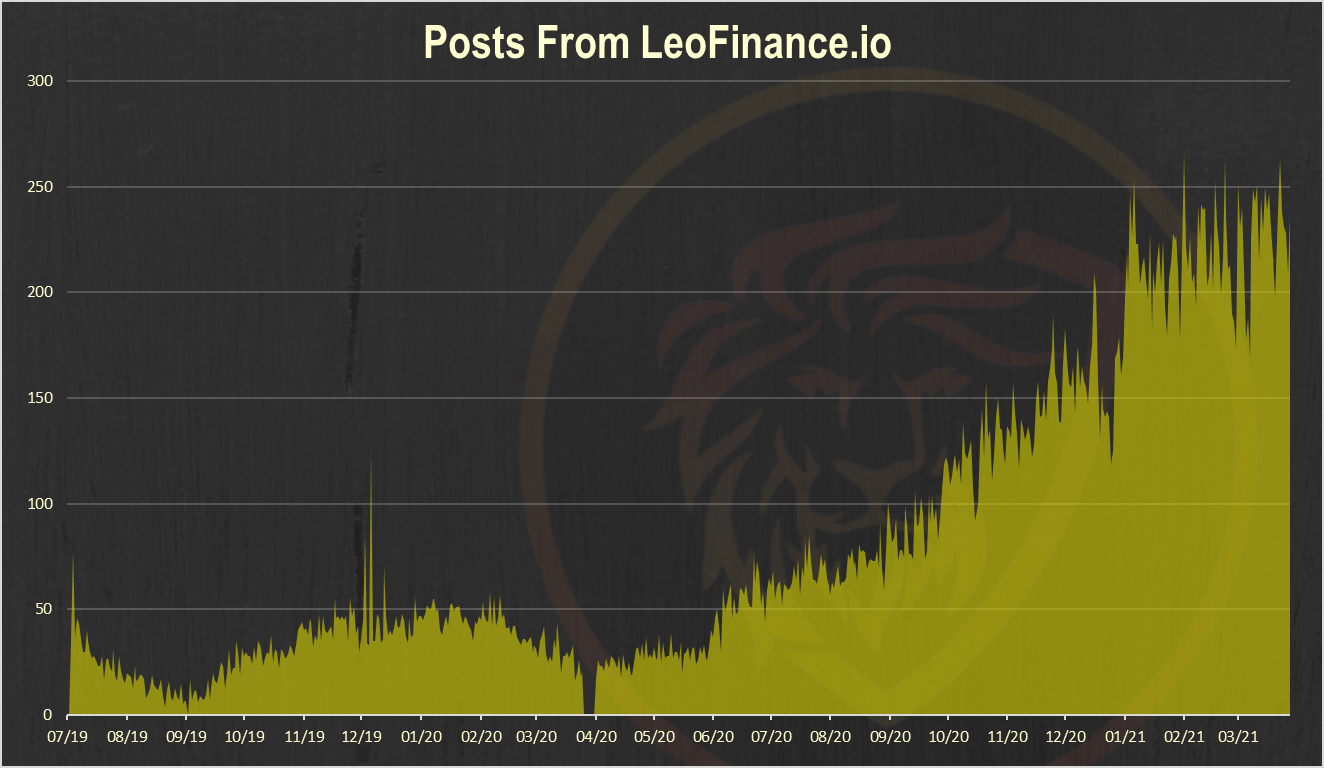 The up trend in the numbers of post from leofinance continues in the last week as well with a total of 1654 post in the week. 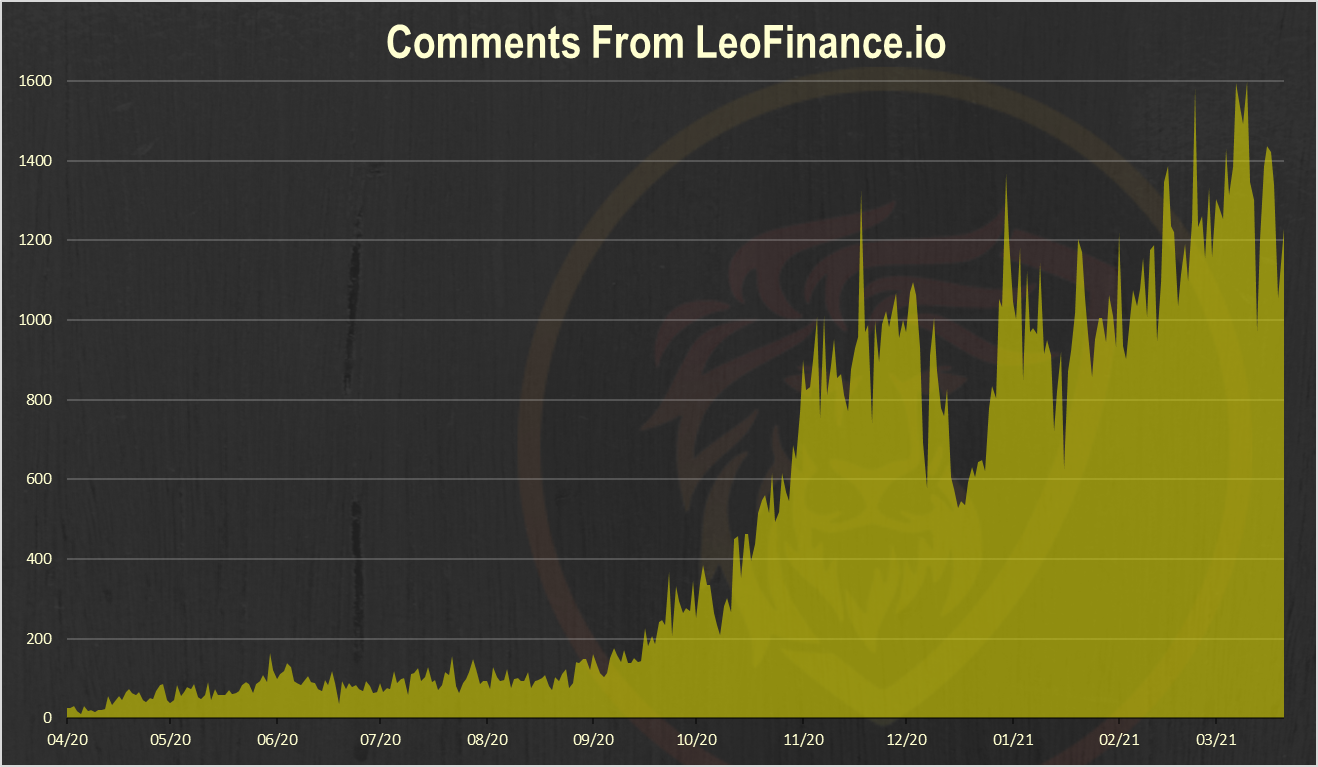 The comments are increasing even more than the posts!

Almost 9k comments in the last week, around 1.2k comments per day. 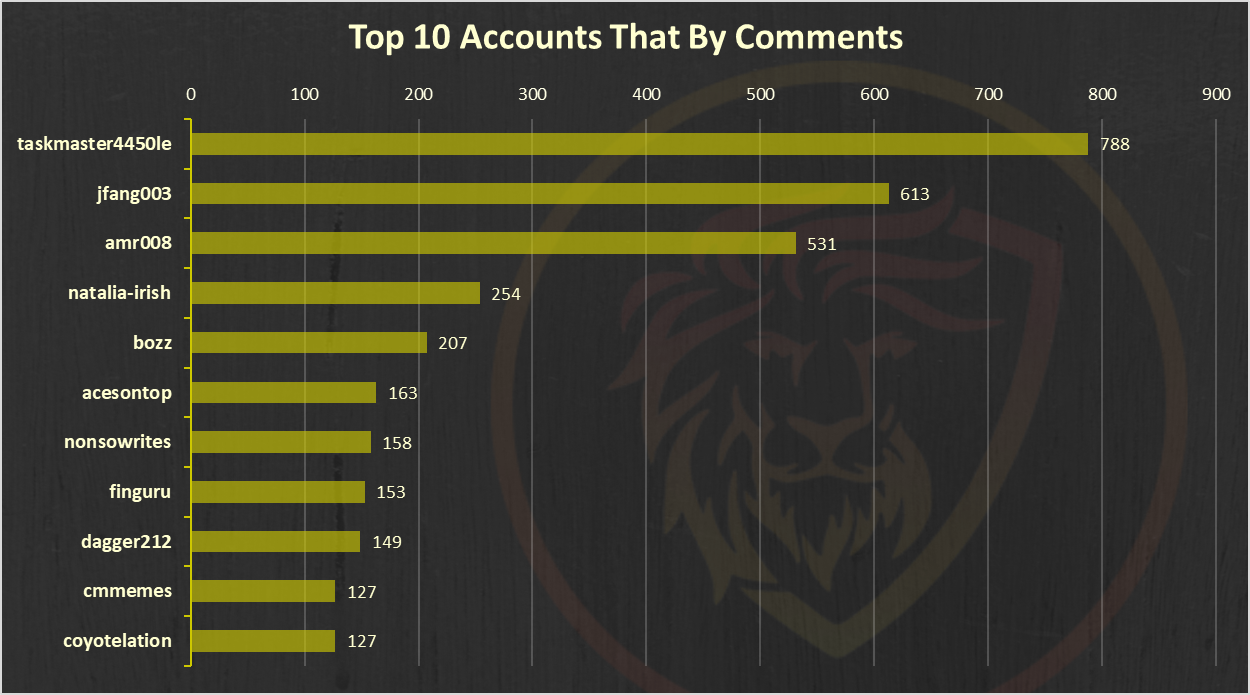 @taskmaster4450le has made yet another record in comments with a total of 788 comments!!!
@jfang003 is second followed by @amr008. 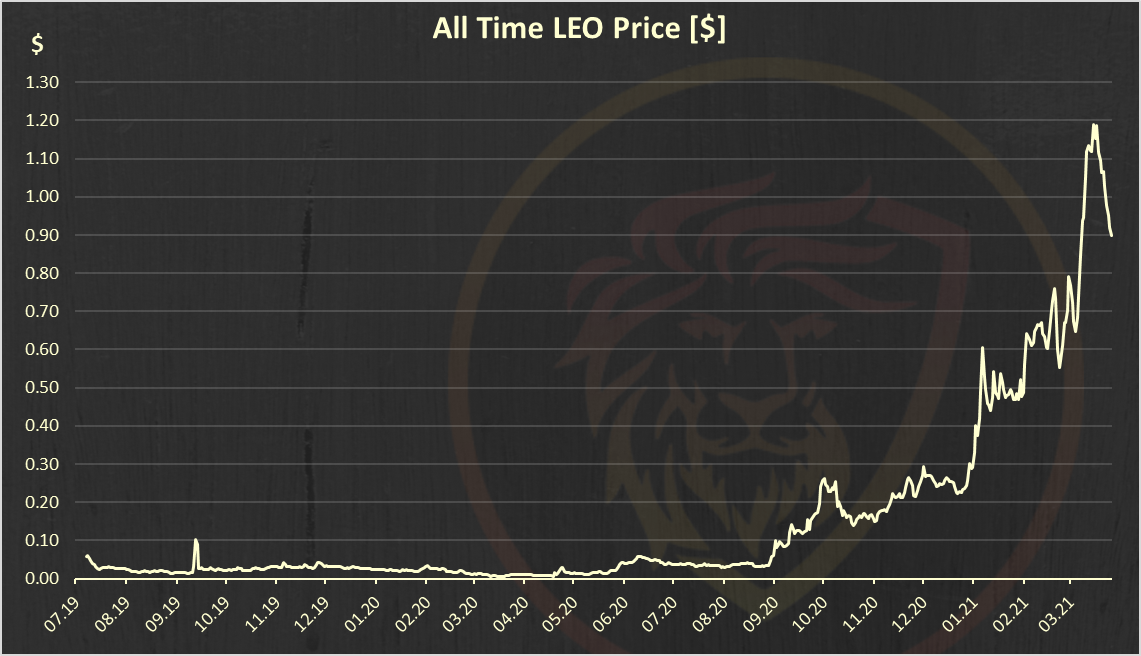 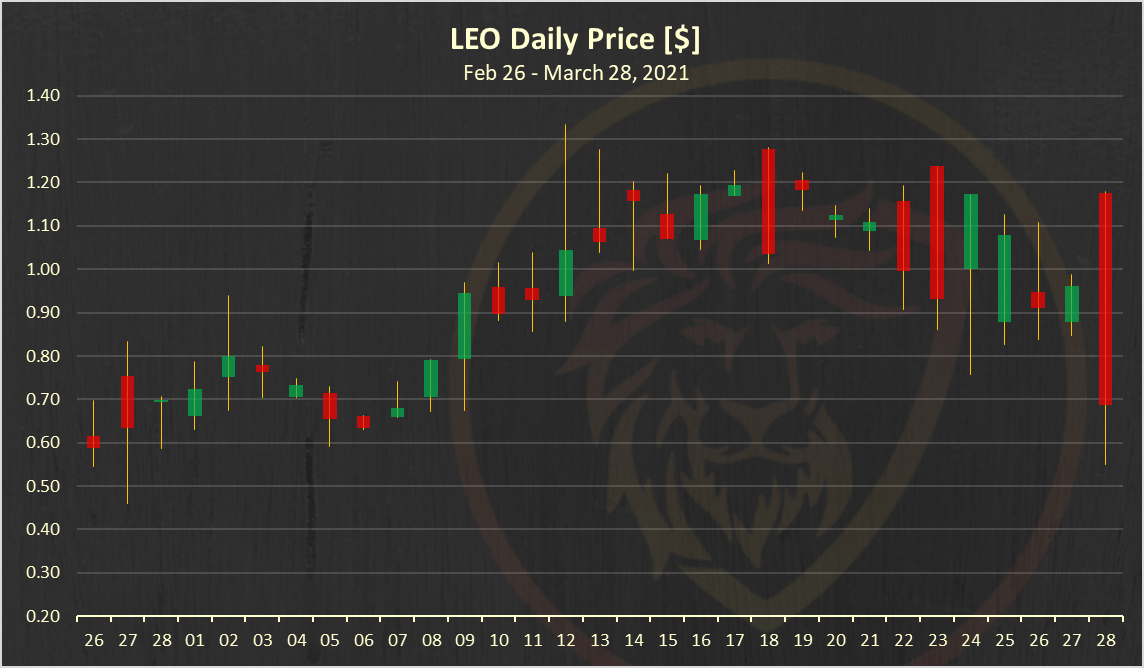 The chart above is from Hive Engine and there was a lot of volatility in the last days because of the HIVE price pump. Overall LEO is holding around 0.8$ in the last days.