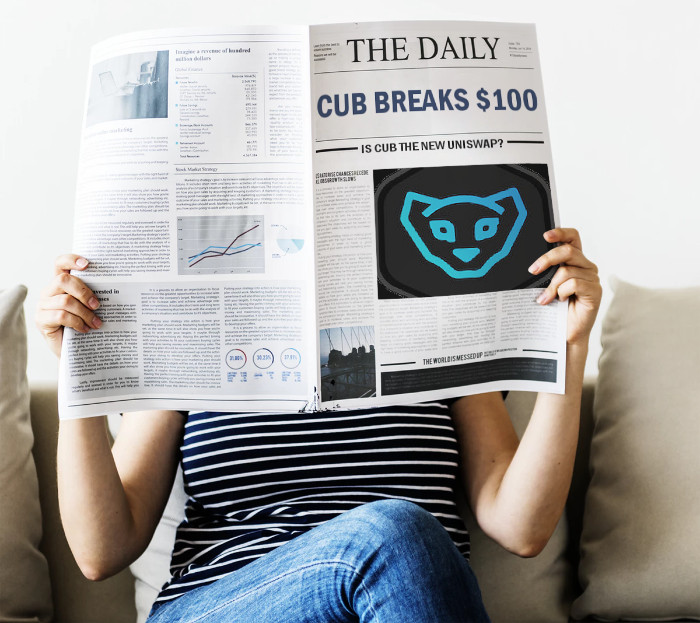 After getting some feedback from the community, we've decided to leave the DOT den untouched. The DOT den has a 2x multiplier, so it won't have a signficant impact on the changes to keep this Den for the time being.

We pulled back the 2x from CUB-BNB to keep the DOT den. After making this update, we re-queued the Timelock contract to update our Lion's Den Smart Contract with the new APRs + 0% deposit fees for 24 hours.

Our Lion's Den contract works with a 24hr timelock - this prevents us from making any rapid changes because we have to queue actions 24 hours prior to them taking effect. This gives the platform a bit less flexibility but a lot more security in the eyes of BSC users. 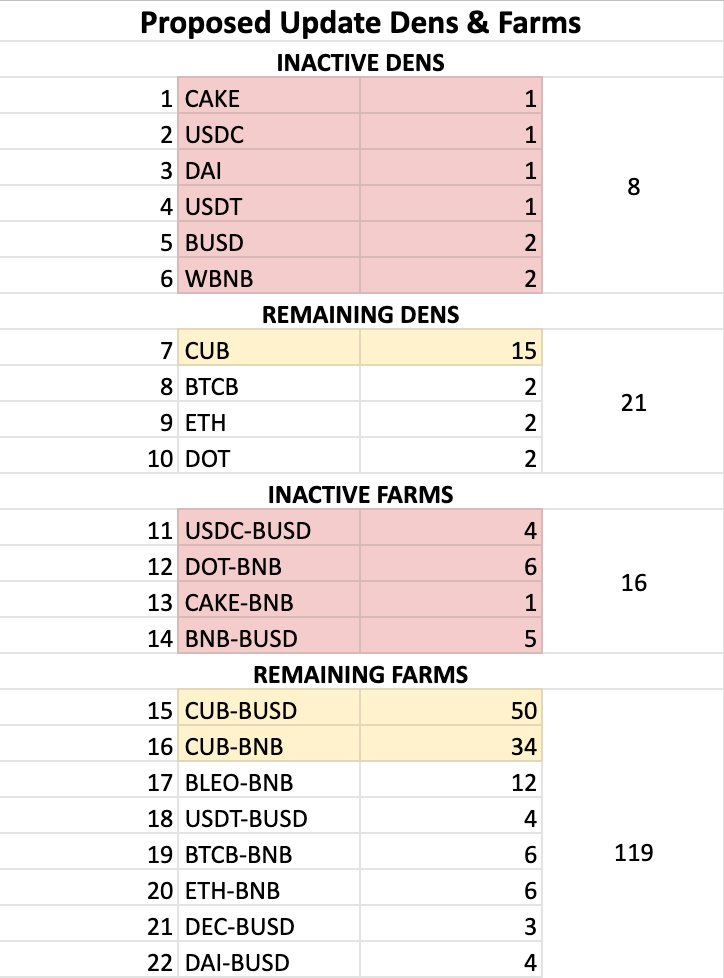 24 hours from this post is when 0% deposit fee day starts and the farm/den changes take effect. When the update goes live, all farms and dens will have a 0% deposit fee for 24 hours.

We implemented this to alleviate any stress of migrating capital. You'll never make everyone happy when changes to dens/farms are made, but this change is both necessary and beneficial to the platform, especially with the new Kingdoms release on the horizon.

We've gone back and forth with CertiK over the past week and it looks like our audit report is finally ready to be published. 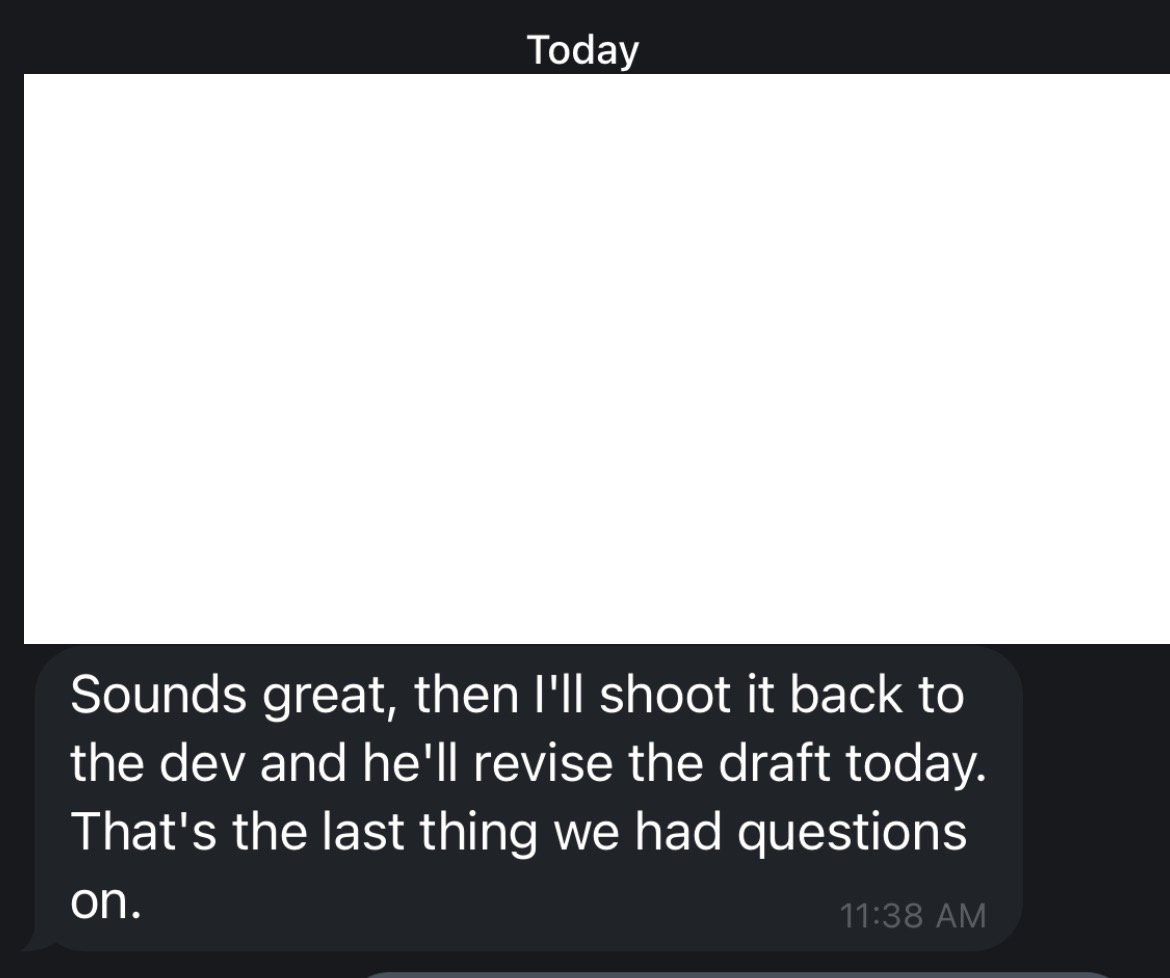 This was our conversation this morning after addressing their dev team's final point of feedback. The audit should go live soon™️ (only a few weeks behind schedule).

Once the audit is live, it will be integrated on CertiK's leaderboard and we'll update the link on https://cubdefi.com.

We have a lot of new smart contracts in the works for the Cub ecosystem, we'll have an ongoing relationship with CertiK to conduct audits on these new contracts as we roll them out.

Right now, Cub Farms and Dens utilize a smart contract called MasterChef (or as we call it: Lion's Den) to allow users to stake LP tokens in vaults and earn CUB APY.

We're currently working on a new feature called Cub Kingdoms which will introduce an entirely new vault contract for liquidity providers on the Cub Finance platform.

These new vault contracts will be an addition to the platform - a new page/UI with an entirely different structure than the Lion's Den contract.

How Do These Contracts Work?

The contract is not an ordinary farm contract, it is an autocompounding contract that works across two platforms.

A good example of this is what you see on the Autofarm platform on Binance Smart Chain. You can deposit something like BTCB or BNB-DOT. The contract then takes those tokens and deposits them in another DeFi platform on BSC - i.e. Pancakeswap, Goose or Venus.

Since the LP tokens are deposited on one of these other platforms, the position accrues farming rewards based on that platform. i.e. earning CAKE from being pooled on PCS.

Our Kingdom contract then takes those LP rewards and reinvests them into the base asset pair autonomously. On top of those DeFi yield rewards, you also earn a CUB distribution (i.e. 2x multiplier for BTCB or 0.5x multiplier for DOT-BNB).

LPs earn yield from other BSC platforms that autonomously compound + earn CUB yield on top of that. Welcome to DeFi yield composability.

p.s. the LeoBridge UI is taking longer than we anticipated, but still on the way. Backend is looking great and we've got some announcements related to liquidity and LPs for wLEO / bLEO #soon.

Earn a 16% APR on HIVE POWER and Support LeoInfra's Onboarding Efforts by Delegating HP to @leo.voter (Currently at 3M HP). We Use this to Claim Accounts and Delegate RCs to Newly Onboarded Users + Daily LEO Payouts to Delegators

Great steps and changes guys. I think CUB is currently my most exciting crypto asset.

It is one that is changing at a rapid pace.

A lot being added it seems over the next few weeks.

It's new, it's in a widely growing sector of crypto and the team has a great track record.

It will be interesting to see ROI for Farms/Dens
for next 24 hours.

Most excellent! Very excited about the new stuff rolling out. We is going to rule the yield farming market here in a bit!

All of it helps to build the Leofinance brand.

Getting the pieces in place to really show people what this ecosystem is all about.

You said a mouthful brother.

Amen. Once the brand is built. Everything else newly created will have a premium on the market due to @Leofinance 's track record.

Tremendous news and glad to see the team addressing investors concerns with the 24 hours feeles day to move funds around. This is the way!

Clearly, that way nobody feels 'cheated' by this update.

Very nicetouch that show you care about your users !

Congratulations @leofinance! You have completed the following achievement on the Hive blockchain and have been rewarded with new badge(s) :

Nice update! The beat goes on. More width to the Cub platform and more ways to burn Cub and Leo. I will be happy to see the audits finalized. Big step there. Also, I'm glad to hear you'll have an ongoing relationship with them. Will they be "auditing" the LeoBridge?

It is good to see things expanding rather quickly. This is vital to get ahead of the curve. While everyone is playing copycat, development and innovation can keep Leofinance ahead of the pack.

Totally agree. We somehow need to "market" that LeoBridge hard once it comes out. Being open sourced, I would imagine there will be copycats very quickly if it works the way it's supposed to. We need to get as big of a "first-mover" advantage as possible. TVL ticking up! $11.6. That's the number we need to watch. If that starts accelerating, watch out.

We also have the feeder system into something much bigger. CubFinance now has a link to Leofinance which could show people there is more to this than just some DeFi application.

Couple that with LeoBridge which will be a service that I foresee being heavily utilized along with the eventual release of ProjectBlank, and I think we have a helluva brand developing.

Just be nice to see them get this stuff done. There were some problems with the Leo/bLeo bridge the other day and for whatever reason my metamask says Etherscan even on BSC for the bLeo there so. I'm wondering if there aren't still some hurdles to overcome before its ready. Hopefully #soon but we'll see.

CUB Kingdom is becoming more and more interesting as the details are coming out. Means, users will be getting automatic increase in LP plus CUB... It's a true definition of win-win scenario.

And at the same time, the CUB token is being burned as well as LEO.

No doubt, no argument there, hundred percent agreed.

Very interesting expansion that is providing more opportunities within the ecosystem.

DeFi is going to keep expanding and give people a chance to really move into different arenas. It will be fun to watch this aspect of the Leofinance family expanding.

Kingdom contract collects a small management fee on LP tokens. Sent to the CUB treasury to burn CUB and bLEO

This is something that I think people need to focus upon. With the fees generated with what is in place already, add in Kingdom fees, and then LeoBridge, there could be a lot of buy pressure on both of these tokens.

I don't think this concept has really sunk in yet. When big money locks into farms and kingdoms... lots of burning is going to happen. LEO inflation can be drastically cut, and we all know what happens when supply dwindles.

You are right, many of us taking this function/mechanism lightly and don't understand what will be its effect on the prices of CUB and LEO in the long run.

This is the end goal isn't it?

Find ways to build products which attract users in order to Buyback LEO ecosystem's tokens ! As Binance and other successful platforms are doing.

Thanks for the additional clarifications!

Excited about CUB Kingdom.
Thanks for retaining DOT den. :)

Thanks for the update and additional info on Composability!

Great change, I'm glad the community could influence the decisions being made. Now to more cub investments for me.

It's always a bit tricky when you launch something new with a fair bit of trial and error. I think the way you have the 0 fee day is a great way to handle these changes.

Looking forward to all the updates. I am loving what you are doing!

interesting news coming! this just keeps getting better, thanks for keeping us up to date on developments :)

It's great that you keep introducing new things. And this promotion for no commission for 24 hours, let people benefit!
Let's go CUB!

Sensational stuff. I'm still not clear what this means for the inactive dens

The Kingdom contract is a very interesting construct accruing the base investment and giving a CUB incentive on top of it. In addition it will help to reduce liquidity of CUB. It looks like a master piece ;-)

I'm curious to see how much the price reacts after the audit is publish. I'm expecting some nice price action

as always, great work. for sure an exciting project that has my attention.

Thanks for putting the DOT dens back and allowing the 0% deposits! Thank you for listening!

HYPE!
Take your time 😀 You guys are bringing so much value with your projects, we will be waiting ✋😊

Thanks for providing clarity at the right time. I look very much forward to the Kingdoms and I think it'll be quite likely that I'll migrate a big chunk of my funds from a LP to a Kingdom when they come online :).

fuck I wish I had read this before depositing xDDDDDDDDDD gg

I don't understand this very well, I would appreciate if you could explain me the farms that are in red, will they be removed?

I will definitely get on Cub Kingdoms when it rolls out. The upside looks good.

I was anticipating the auto compounding for say a Bitcoin den earning cub, cub used to buy Bitcoin and Bitcoin deposited back in den as compounding yield. Will this still be possible?

Hi @khaleelkazi
Are you still planning a lending application?
Thanks

Deposit free day, gonna make use of this well, thank God I have been able to connect my cub to metamask finally

I am amazed to see this development. Since I joined leofinace paltform, I have increased my assets. Thank you Leofinance for all these opportunities and facilities.

Let the kingdom comes ! I am very excited for this new product / feature. I will be able to just put my assets and earn a good return passively while I sip capirhinias on the beach xD

I'm really excited about CUB, moved a big part of my small portfolio today because I'm really confident in the community and the project itself. Looking forward to Kingdoms and the new features !!