Earn 62% APY on Your Liquid HIVE and HBD 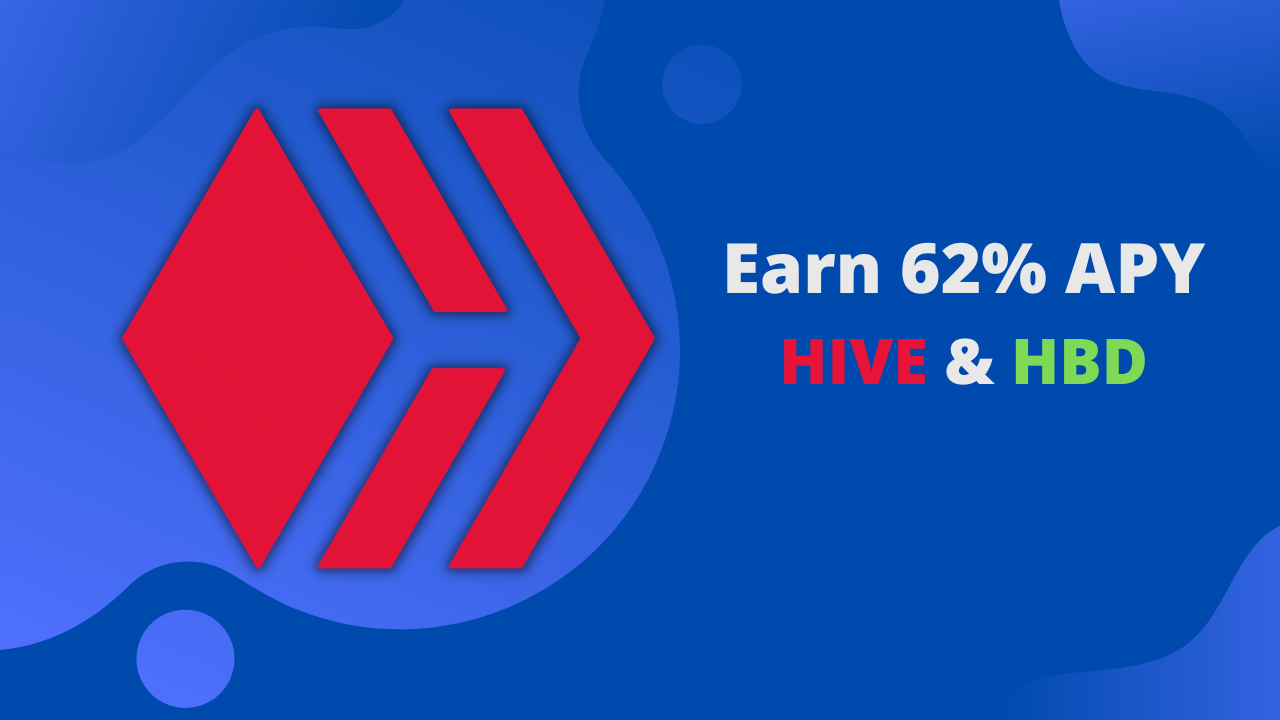 The LeoVerse has seen some interesting times lately. We've released so many developments on the technology front. It's time to focus on deploying capital and attention to those developments to grow the entire LeoVerse Web3 Economy.

Today's post will focus on CUB. CUB was our original venture into DeFi. We built so many cool features into CUB over the years since it originally went live in March 2021.

During the development phase of PolyCUB, we decided to utilize that opportunity to test and deploy a wide number of features which had the potential to be back-ported to CUB. The goal all along was to figure out how to drive sustainability through monthly revenue that creates large-scale buyback and burns.

This is an insane number... nearly 50% as much CUB as was burned since inception is being burned in just the 1st month of the Multi-Token Bridge being live.

The CUB DAO contract just went live yesterday and has just started to buyback and burn CUB using revenue generated by the multi-token bridge. ICYMI, the MTB generated ~$11k in revenue for POLYCUB in the month of July.

Since this is the first month of MTB operation on CUB, we haven't yet caught up to that amount of revenue. That being said, we're quickly gaining momentum. There is already ~217,741 USD in multi-token bridge LPs on CUB and this figure grows by double-digit %s on almost a daily basis.

We believe that we've found a model for true sustainability in DeFi. It's not what any of us expected but it is almost so fundamental that it's surprising we didn't find a way to build this before: generate a surplus of revenue each month by operating a large-scale wrapping service for HIVE and HBD.

The unique opportunity that we have over any other DeFi platform is you, the Hive community. We have HBD now paying 20% APR on-chain which means that a lot of attention is being placed on acquiring HBD and earning yield on it in a way that was never done before. HIVE has always earned yield for staking and curating. bHIVE provides a way to passively earn yield on that HIVE by becoming an LP.

The PolyCUB MTB is over $500k and it's generating ~$11k per month in revenue. This is an incredible amount of revenue on a tiny amount of TVL. How are we achieving this?

Arb revenue is quickly making up a large % of the total revenue. It's pretty incredible and it's growing fast.

We need your help to continue to grow the bridge and - as they say - Make CUB Great Again.

The plan was always to continue our innovation of CUB simultaneous to POLYCUB and LeoFinance. The LeoVerse is a cohesive, Multi-Chain Web3 Economy.

A lot of people turned bearish on CUB while growing impatient with the development progress. That's completely fine, we all need to do what makes sense for us in the moment.

What many should watch now are two key metrics:

When sentiment flips, it is likely to flip quite quickly. The LeoVerse has seen some incredible technology released in the past few months between PolyCUB DAO, CUB DAO, LeoThreads Microblogging and more... It's time to build in this bear market.

Provide Liquidity, Earn up to 62% APY!

We have so much room to grow. It's incredible to run projections of CUB burns when these numbers rise. It's been less than a month and we're already burning as much as 50% of all previously burned CUB. Insane 🤯

How to Provide Liquidity

Here's a quick tutorial on how to provide HIVE and HBD liquidity on BSC:

Goals for The End of the Month

It's August 24th as we're writing this. Our goal by September 1st (exactly 1 week from today) is to reach:

These goals are super attainable and reaching them will put the CUB MTB at $375k in MTB TVL. This could burn over 300k CUB next month, which will double the amount of CUB burned since CUB launched in March 2021.

This is really awesome and an improvement and progress for CUB

This is great news. I think everyone will earn from it. Thanks for sharing

Great move with the burns on cubDeFi. It's good to see things are getting revived over there. APR looking really good at the farms

62% Apy is really quite huge. It's a nice development and something cooking up ahead which cub project will definitely have to offer for even hive blockchain

This is great improvement . We are moving forward.

It's pretty insane to see how much it's grown so quickly. Less than a month into launch! We're going to see 1M CUB burned in the next few months or less

Good choices for those who are interested in different Investment strategies. I reblogged in case some one could follow as. a guide for any pool to provide liquidity. One calling my attention is bHBD-BUSD.

Thank you for sharing

We must be patient with the development and keep stacking. Imagine burning this amount of cub every month.

That 62% APR is incredible! Can't believe it's still that high. Seems like I made a great move a little while ago. ;)

Great to see CUB seeing some love as it is the ancestor DeFi token that will reward future projects on this line. Strengthening CUB and PolyCUB tokenomics will ensure more investors get into these projects in the future.

I agree. I think a lot of people became distraught over the CUB price and used it as a template on LEO and POLYCUB. This has led to a perpetually negative outlook and LEOVerse assets.

I think getting CUB to the place we always intended: true sustainability - is the ney

It is a rare case for De-Fi project to have a strong community and token operation system at the same time. The Multi-token bridge system and Leo investors are growing the platform hand in hand 🦁

It’s really incredible. Imagine the opportunity of buying shares of Binance or FTX when they were worth $400k market cap

It’s really incredible. Imagine the opportunity of buying shares of Binance or FTX when they were worth $400k market cap

If I'm not mistaken, we reached $15M or $20M TVL on the first week of CUB. I think it will be nothing compared to the potential of the multi-chain CUB project 🔥

Absolutely. That was an explosion of capital flowing into CUB

The MTB will bring a slow curve upward in capital flowing into CUB. Watching the TVL tick up will be game-changing

This is indeed a huge update. When? xCUB?

I am confused with this.This post is only 3 hours old.
Why do I see a whole different picture? This:

So much has changed in the last 3 hours?

Click calculator to see the compounded returns. APR is what you’d earn without any compounding of assets whatsoever

Ohh, overlooked that APY not APR.
Yet, liquidity numbers have changed a lot too
Lots of Bhive-CUB moved to BHBD-BUSD ?

In the post above we wrote the current liquidity values wrong (we flipped bHIVE and bHBD it seems. Just a typo). I’ll tell them to edit

Yeah it was flipped, my bad. Updated

It's the time to get my hands dirty and start getting some of those juicy rewards. Nicely done LEO! 😎
@sorin.cristescu are you in any of this?

Wow, this is awesome another massive way to earn big and better again here

I love this, it's a good one

This is fantastic progress and real growth being shown by the LeoVerse. I am excited to see what the first Monthly CUB Report shows. I think the burning of CUB will be a huge gamechanger for the ecosystem as a whole, because, it's a guaranteed way to shrink the available supply of CUB.

Fantastic! That's why it seems some pools on Polycub farms had lesser liquidity, some stakers may have moved theirs to CUB :)

Is there a whitepaper?

Interesting, I definitely need to dig a little more into this. So many things on Hive I have no idea of that exist or how they work. thank you for sharing. =)
!ctp

Looks interesting , i think i will participate in stable coin liquidity.

This takes hive and cub to the next level! Good work y’all! Appreciate these tools…