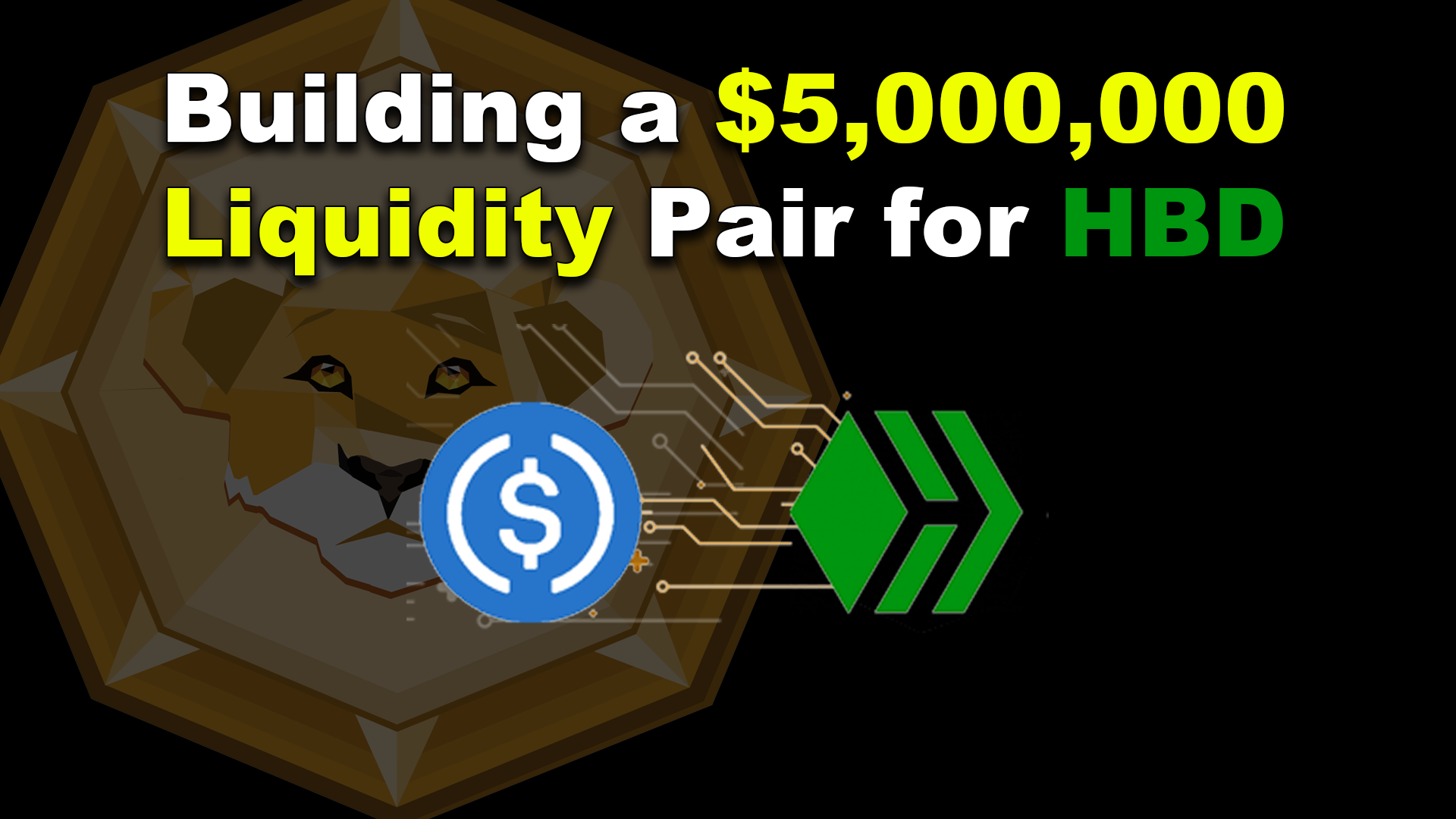 ICYMI over the weekend, Hive witnesses came to a consensus to raise HBD interest rates to 20% APR. This is an incredibly bullish change for the Hive ecosystem.

In my opinion, Hive was always a top 50 cryptocurrency in terms of technology and value proposition. The technology on this blockchain is unrivaled for what we use it for: social, fast and free TXs, P2E, DeFi... It's amazing.

We also have had one of the longest standing algorithmic stablecoins in the entire crypto industry. There are 2 major problems that kept the outside world from mass adopting HBD and by extension, Hive: 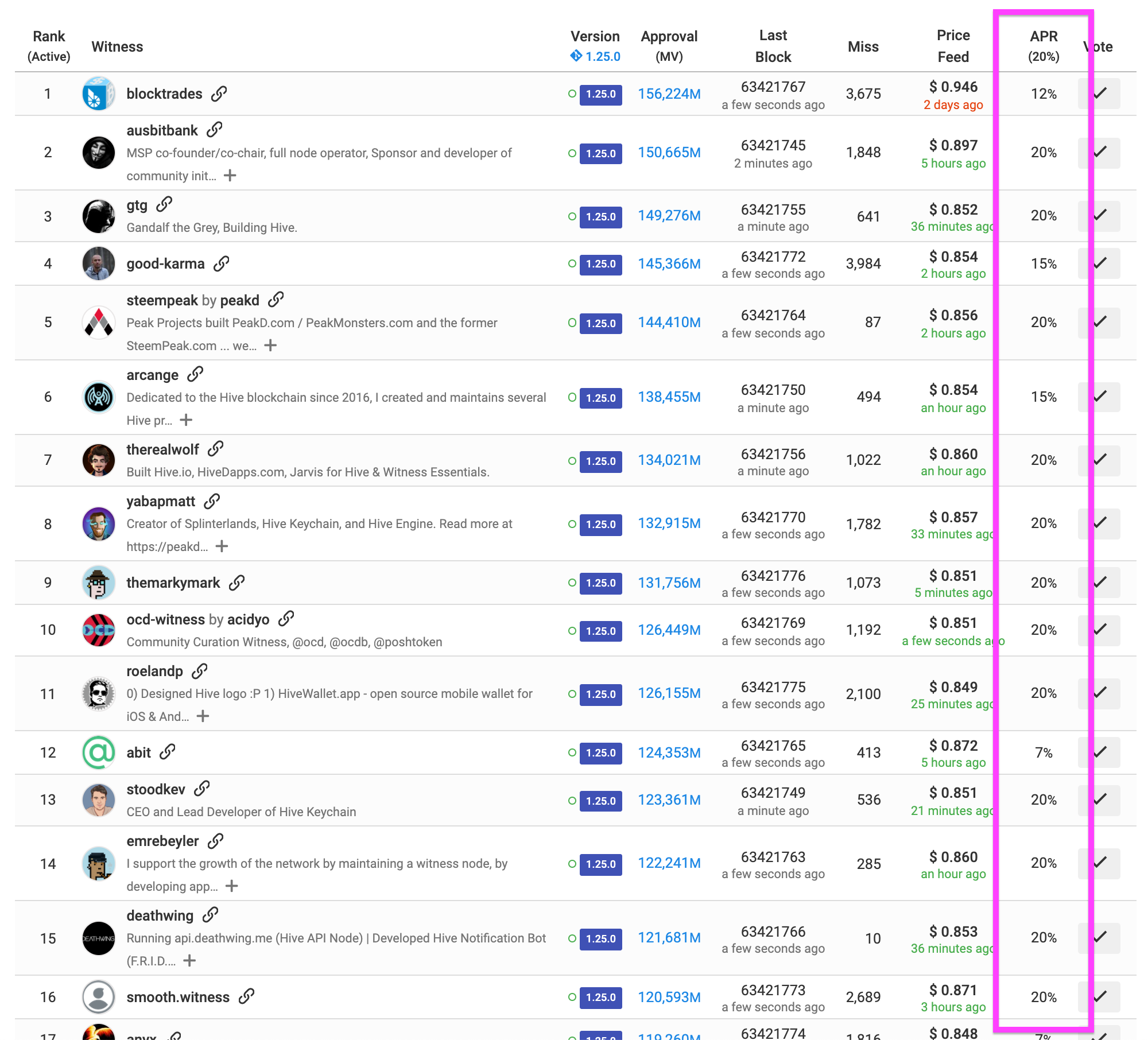 As you can see, the demand problem has officially been solved in the last 48 hours. HBD now has a fixed interest rate of 20% APR which rivals that of platforms like Anchor on Terra (LUNA)'s UST Algo-Stablecoin.

With this demand in place, we have one last problem to solve: Supply.

Personally, I've been trying to leg into a 6 figure HBD position. It is incredibly difficult to do this. Why? There is literally no liquidity for HBD out there.

Our aim with PolyCUB is to build DeFi solutions for the LeoFinance, Hive and broader Crypto community. PolyCUB is an incredibly capable platform and we have a loaded roadmap of features that are being rolled out like bonding, collateralized lending, xPOLYCUB governance, etc.

Over the weekend, we've done our final testing on two major feature releases:

In this post, we'll focus on the upcoming release of pHBD.

pHBD will work identical to the pLEO (also, bLEO, wLEO) tokens. You can instantaneously wrap and unwrap HBD into pHBD on the Polygon network.

We've also created a vault for pHBD-USDC and will seed it with liquidity. There is almost no liquidity out there for HBD in the current market:

This leaves 2 other options:

Our goal is to build a pHBD-USDC LP into a $5M+ liquidity pool in the long-run. It's extremely doable with the right focus from the LeoFinance and Broader Hive Community. To have a liquidity pool of this size and hopefully grow it into a larger and larger one would bring ripping effects throughout the Hive ecosystem.

As a large holder of Hive, I am extremely bullish already. This HBD change has me wanting more HIVE in a big way. I accumulated most of mine back at $0.10 HIVE in 2020 but now I'm seeing that HBD could supercharge this ecosystem and put it into the mainstream conversation.

This is good for Hive and it's good for LEO and LeoFinance. As a social base layer, the attention on HBD will also drive attention and onboarding for new users.

The virtuous cycle of this ecosystem is massive... We have the demand and NOW we need the supply. PolyCUB will start focusing immensely on building a massive pHBD-USDDC pool to solve this market need.

How Does This Benefit PolyCUB?

Well it's obvious that this benefits the Hive ecosystem: we're solving the #1 problem with HBD now which is supply dynamics. People simply cannot buy enough HBD. We're about to create a means for people to buy hundreds of thousands of dollars worth of HBD.

The key is to make this a synergistic relationship between PolyCUB and HBD. pHBD will have some features that feed value into POLYCUB:

All of these things add up to massive value for PolyCUB and massive value for HBD. We're building an incredibly synergistic relationship that will bolster the liquidity of HBD and allow crypto whales to start legging into large HBD positions while also supporting the PolyCUB economy through trading fees and incentives paid to the Protocol Liquidity which backstops the POLYCUB price.

This will work identical to pLEO so if you've ever used it, then you'll know exactly how it works. If you have any questions please leave a comment below and we'll reply to all 🦁