The Flippening: LEO Authors Are the Most Rewarded Users on Hive | October Author Reward Leaderboard 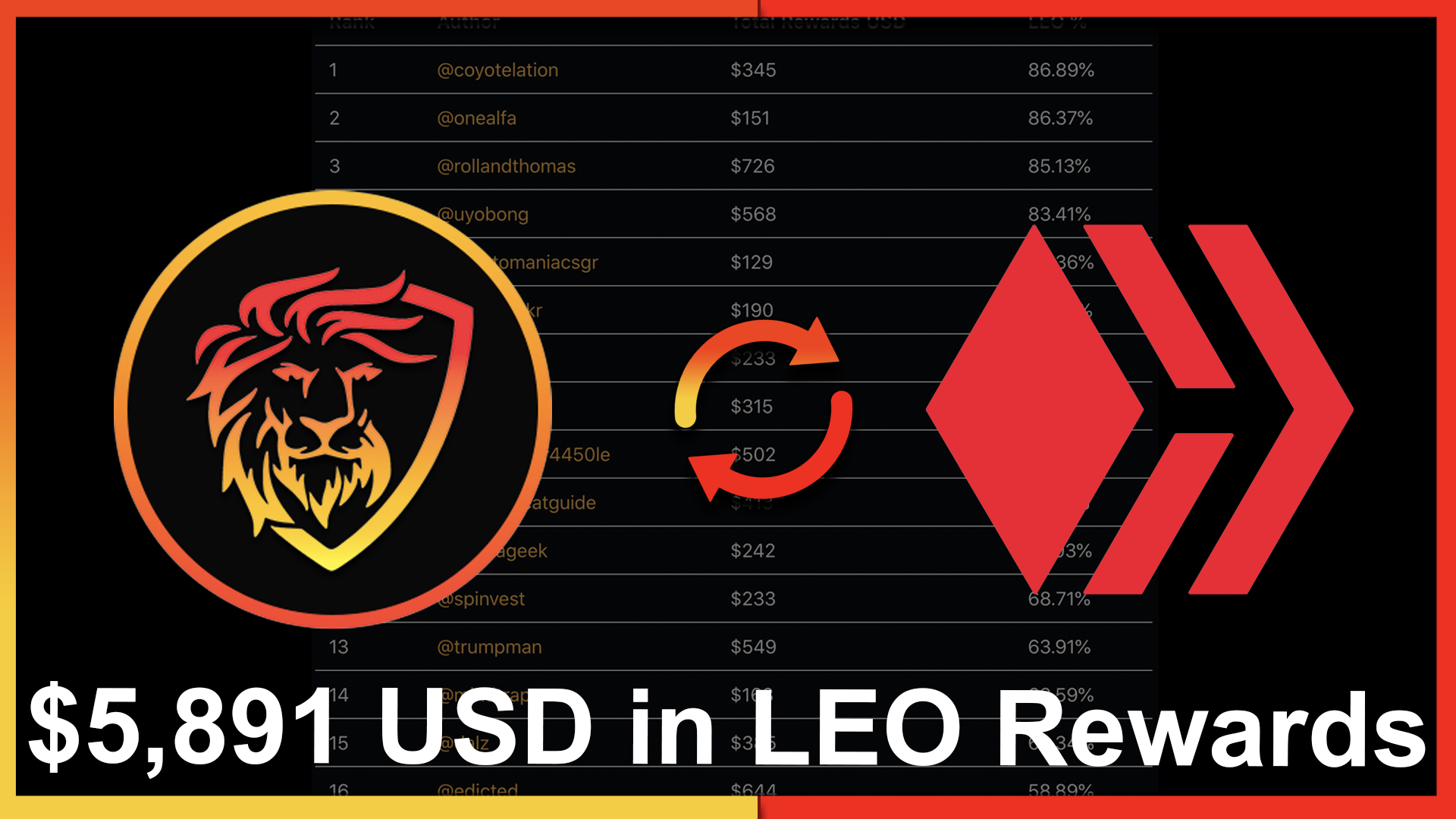 Over the past several months, we've seen that vision become reality. Authors on LeoFinance are one of the most rewarded groups of users on the entire Hive blockchain - and likely, in the entire crypto universe.

Where else can you create, curate and engage with content and earn hundreds and even thousands of USD each month which can be instantly traded or staked for even greater reward leverage?

A few users have even posted about how their LEO rewards have flippened IRL "rewards" for working their day job.

In that same period, these authors also earned HIVE rewards for their content. Here's something interesting: those same 25 authors earned almost the exact same amount of HIVE tokens as LEO tokens: 30,768 HIVE was rewarded to these authors throughout the month of October.

What's the value of these rewards?

although, LEO is roughly the same value today as its October average ($0.193) while HIVE has dropped about 30% ($0.117) from its average price during the month of October.

The following is a chart ranking the top 25 LeoFinance authors by the amount of LEO tokens they earned throughout the month (from author rewards only).

Many of our top authors are earning hundreds of USD per month solely from content creation on LeoFinance. If you check the wallets of these users, they also stake quite a lot of LEO and many actually earn a signficant portion of their mothly rewards from curation with LEO POWER stake (again, their curation rewards are not included here).

The following is the same list of the top 25 authors but ranked using the percentage share of their total rewards denominated in LEO. This simply takes the total USD rewards they earn each month (LEO + HIVE rewards) and then displays the LEO % of those total USD rewards.

Something else that you'll likely notice is that the names on this leaderboard have done a fair amount of changing. We've also seen an incredible shift since last month's report and our introduction of linear curation rewards.

Since that change, manual curation and engagement are through the roof. @abh12345 recently posted a report about how LeoFinance has 2x more engagement than any application on Hive.

With all of this manual curation, the top 25 authors are actually earning less of the total rewards pool. Some may think this is a bad thing, but it's actually a great sign. Rewards are spreading out and the same 25 people no longer dominate the trending page at the sole exclusion of everyone else.

The LEO price is actually higher this month as compared to last month's report. So why are the top 25 authors earning so much less?

It's because the rewards are more diversified. The daily rewards pool is actually signficantly higher in October as compared to September. The key difference is that manual curation has spread that total rewards pool to a greater number of authors/commenters instead of sitting with the top 25.

The health of the LEO economy has never been stronger and we continue to see the rewards pool entering the hands of more users who join the LeoFinance platform every single day. If you're not posting your crypto/finance-related Hive posts on https://leofinance.io, you're missing out on being a member in the most rewarding and engaged group of users on this entire blockchain. Our MAUs (monthly active users) doubled from the month of September to the month of October.

The amount of LEO staked has also risen to new heights and the LeoFinance V2 Phase 2 UI updates have already begun rolling out. November is shaping up to be one of the biggest months for LeoFinance as a community and crypto project.