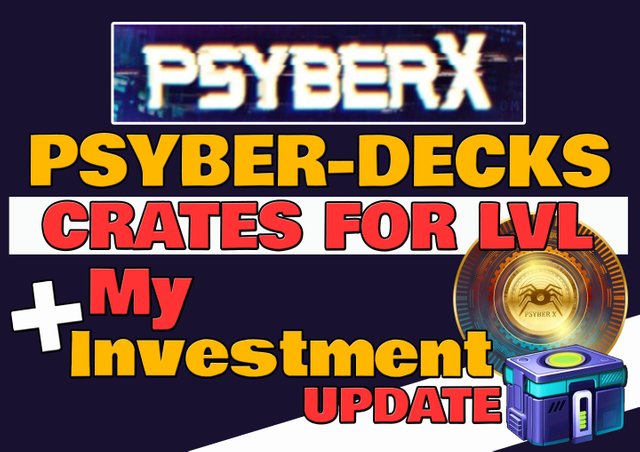 Hive is my favorite blockchain project and blockchain-based games are one of my many passions.
Three years ago I was only playing Splinterlands which was the only playable game on Hive's blockchain.
Today, the ecosystem of gaming projects built on Hive's blockchain has become much larger and is continuously expanding.
After three years Splinterlands is still my favorite blockchain game but today I am an active player on multiple games: Rising Star, Hashkings, Dcrops, Dcity, Ape Mining Club, BANG! Defense.

The games I have listed are all playable games but there are also many game projects in development that are not yet playable and on some of them I have decided to invest and among them is Psyber-X.

Today I am returning to write just about the Psyber-X project and the topics I will cover in this post are as follows:

Psyber-X is a project of an NFT-based game in development and therefore not yet playable.
PsyberX will be a game belonging to the category of first-person shooter game , a category to which the famous centralized game Fortnite belongs. 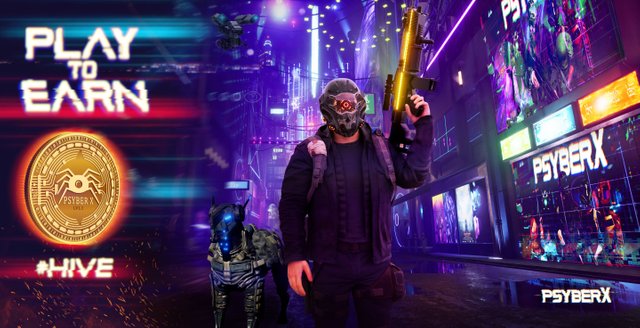 If you want to get an idea of what the Psyber-X game will be like, you can see a demonstration video by clicking on the following link:

In the following post you will find more demonstration videos: https://peakd.com/hive-168109/@psyberx/releasing-founders-videos-to-the-public-plus-bonus-they-didnt-see

Psyber-Decks is one of the most recent and interesting news announced by @psyberx in his recent post (Sept. 4, 2022).

To play Psyber-Decks it will be necessary to have at least 5 NFTs from Psyber-X.

A release date has not yet been announced, but those who purchase at least 2 Psybercrates from http://www.psyberxmarket.com will have access to the Alpha testing phase of Psyber-Decks. 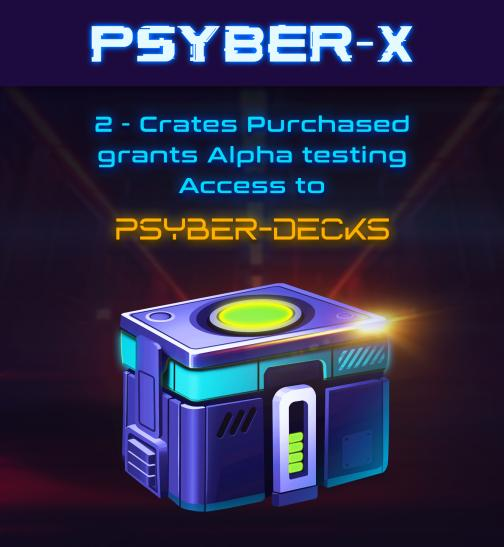 Another interesting news announced by Psyber-X first on its Discord server (Sept. 7, 2022) and then in a post posted on Hive is the upcoming change in the payment method for purchasing a PsyberCrate from https://psyberxmarket.com/.

Today to purchase a Psyber Crate you can use HIVE tokens or HBD tokens as a payment method. 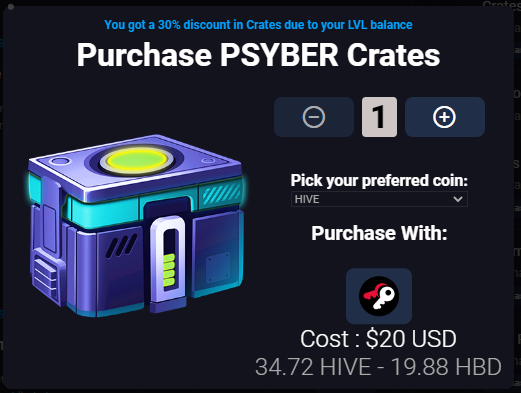 When the change to the purchase method will be activated, it will be possible to use only LVL tokens to purchase a Psyber Crate.

Although this change is not yet active it is already possible to use LVL tokens to purchase Psyber Crates because there is a promotion announced on Discord and Hive (post) by Psyber-X.

Those who want to purchase 1 Psyber Crate using LVL tokens must send 10000 LVL tokens to the @psyberxmarket account (waiting time to receive the Crate: 1-2 days). 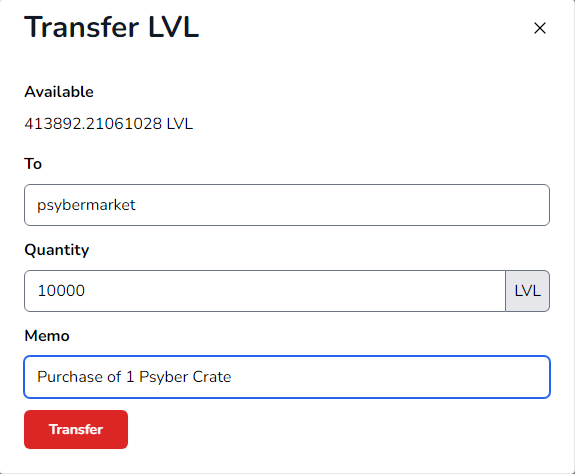 This promotion is advantageous for those who want to buy a Psyber Crate and have less than 200K LVL.
In fact, buying 10000 LVL is equivalent to spending 29,9999 HIVE.

The savings achievable is 4.7201 HIVE for each Psyber Crate purchased.

For those who have more than 200000 LVL tokens instead it is worthwhile to use HIVE tokens or HBD tokens as a payment method (as long as it is possible) because they are entitled to a 30% discount that reduces the final purchase cost which becomes 24.30 HIVE.

My investment on Psyber-X (Update)

Thanks to this initial investment of mine, I received the title of "Tier 3 Founder". 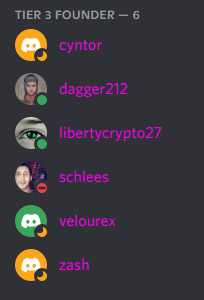 In March 2022, I purchased 1 Founder Starter Kit and spent 100 HIVE increasing my invested capital back to 300 HIVE. 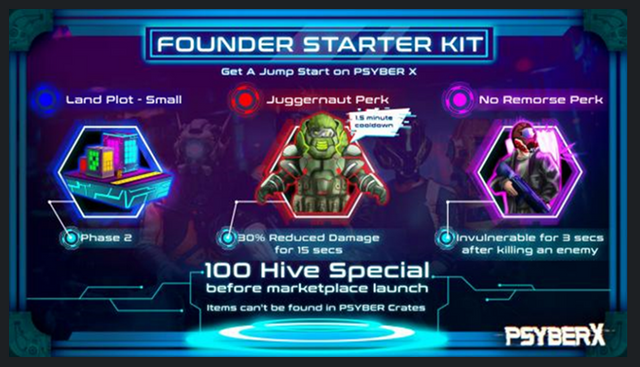 Screenshots from the site: https://peakd.com/psyberx/@psyberx/psyber-x-land-sale-founder-starter-kits-are-live

For about six months I was a liquidity provider of the Diesel Pool SWAP.HIVE:LVL: https://tribaldex.com/dieselpools/

I evaluated my investment in the Diesel Pool SWAP.HIVE:LVL in a previous post of mine in which I calculated: 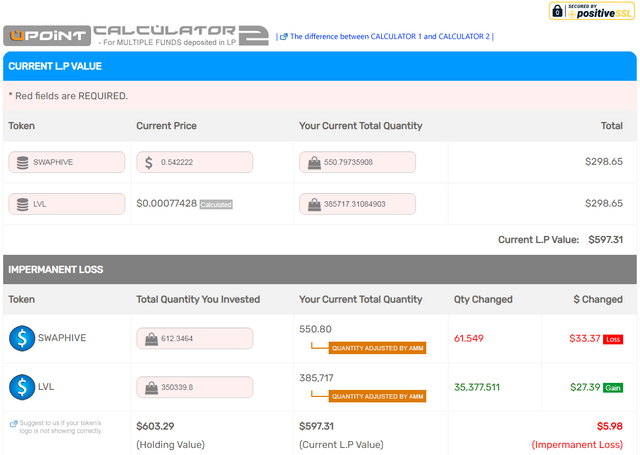 I removed all the liquidity from the SWAP.HIVE:LVL pool when it ended the distribution of rewards (more than 15 days ago).

The 200000 LVL tokens that I had initially purchased today became a total of 413892.21 LVL and this increase was due to the excellent choice of adding liquidity to the SWAP.HIVE:LVL pool.

Thanks to the data I have collected, I can calculate the financial results of my investment on Psyber-X.

The total value of the assets in my possession is 1268.95 SWAP.HIVE (Total Value LVLs + Land Plots)

In calculating the financial results of my investment in Psyber-X, I did not want to consider the estimated market value of the NFTs I found within the Airdropped Crates that I received totally free of charge for buying and not selling LVL tokens.

I have 44 NFTs in my card collection that I will only value financially at the time they have utility within the game and thus when Psyber-X is a playable game.

By the way, I still have two Airdropped Crates to open so I still have 10 NFTs to add to my collection of NFTs.

Investing in a game at an early stage of development and when the game is only a project and therefore not playable is always a risky business because if the game, for whatever reason, is not developed and does not become playable all the assets of the game will lose all their value.

Having chosen to invest in Psyber-X from the very beginning has allowed me to make a very good profit and a ROI of +250.98% which is a very exceptional result considering that I made it in less than a year and especially considering that it took me very little time to manage this investment.

If Psyber-X will become a playable and successful game my investment will most probably and considerably increase in value, otherwise I will have to record a loss but for the moment I am very happy that I chose to invest in Psyber-X.

Blockchain-based games that allow you to buy and sell tokens and NFTs are not just games but are also investments and should be treated as such!
In any type of investment there is always a risk factor to evaluate and consider.
I am not a financial advisor and the information in this post is not financial advice.
Before investing in a blockchain-based project you should always do your own research and personal evaluation first.
My advice is to always invest only what you can afford to lose lightly!

Unless otherwise indicated, the images in this post are screenshots taken from the sites:
https://psyberxmarket.com/
https://discord.gg/hJZNSadsUP
https://peakd.com/@psyberx/
https://tribaldex.com/
https://hive-engine.com/
https://upoint.info/calculator/checknow2
The font used in the images related to the calculations and in the images edited by me is Open Source
Images containing formulas, tables and calculations are my property
The dividers with the Hive logo in this post were created by me and if you like them you can use them too, the Hive logo is property of https://hive.io/

Screenshots from the site: https://peakd.com/psyberx/@psyberx/psyber-x-land-sale-founder-starter-kits-are-live


Apparently adding herbs to your garbage can makes it smell better.
But I don't have thyme for that rubbish.
Credit: reddit
@psyberx.bee, I sent you an $LOLZ on behalf of @libertycrypto27


What do Thanksgiving and junkies have in common?
Cold turkey.
Credit: networkallstar
@psyberx.bee, I sent you an $LOLZ on behalf of @libertycrypto27

Reblogged for being awesome !PGM

Reblogged for being awesome !PGM

Hey @psyberx.oneup, here is a little bit of BEER from @libertycrypto27 for you. Enjoy it!

!PGM Reblogged cause you are awesome, has anyone told you that today?

No one had told me today
thanks a lot :)
!PGM
!CTP

Ah, that's what LVL token does, PsyberX. BANG! Defense... Ape Mining Club... News for me 🤔 I will learn more when I have time later~ Tyfi 👍

Yes there are many games on the Hive blockchain and many will come in the near future.
I'm glad I've introduced you to games you didn't know about.
Thank you for your comment :)
!PGM
!LOL


I used to work in a blanket factory.
But it folded.
Credit: reddit
@cursephantom, I sent you an $LOLZ on behalf of @libertycrypto27

thnaks a lot for the support
!CTP
!LUV