What a freaking FUD campaign that is!

If only we cared! That would have been tough. As a matter of fact, if only the market cared! I mean you gotta have sympathy for the geniuses making these decisions. At least they're trying their best, can't argue with that. Or are they? However, I can't help but think they are not being very honest about their actual intentions. Why would that even come as a surprise, though? 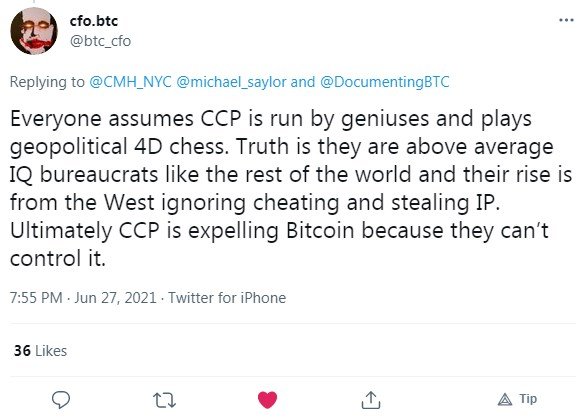 Next thing you know a bunch of Hollywood movies and Netflix series will be warning us about the dangers of getting involved with crypto. They can't stress enough the importance of keeping us safe from those evil peer-to-peer transactions. They probably think we're too stupid for our own good. Considering that we put up with them, I guess we are. Thank God for our benevolent governments watching over us 24/7 - 365.

How dare you, @btc_cfo? How dare you even question their motives? Isn't it obvious that all they care about is their citizens' freedoms and rights? And what do you mean they're not geniuses? Come on man, I stopped reading there. I literally don't even know what you're saying after the first line. You could be dissing my grandma and I'd still post this screenshot. 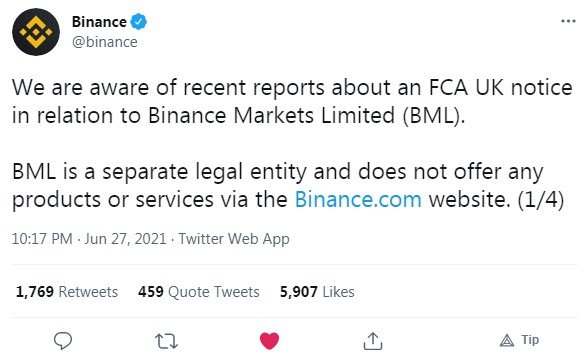 Binance banned in the UK. Yeah, no.

The truth is that Binance's customers in the UK can keep trading on Binance.com. End of story. I know that an attack on Binance Markets Limited sounds bad, but it's not as bad as it sounds. Sure, they may be trying to lay the groundwork for future generalized attacks, but most of us thought that Binance.com was no more available for UK residents when we first heard the news.

Seems like another coordinated FUD offensive as far as I'm concerned. But what do I know? I'm no politician after all! Just a stupid civilian here! Thank God for lamestream media outlets always providing me with credible information. 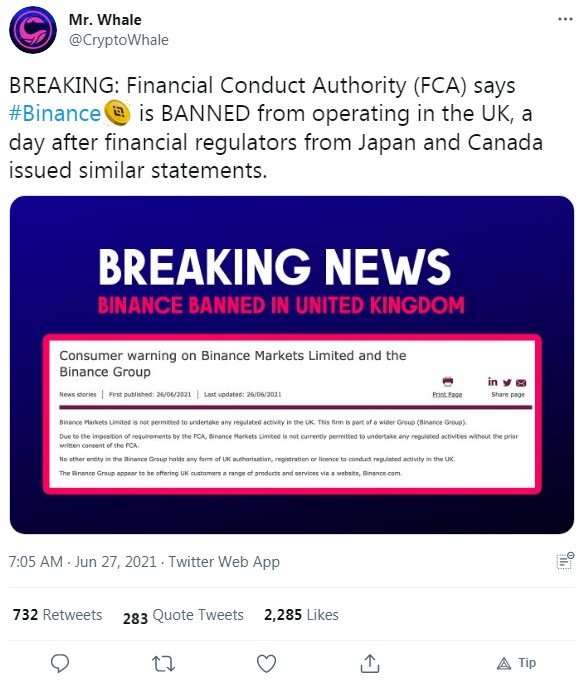 And then you see slow posts like this coming from ''top'' Twitter authors, and you start feeling like the next Albert Einstein or something. I'm telling you guys, there's hope. Five million Twitter followers doesn't sound that difficult when you see crypto-oriented accounts with 240k followers unable to tell the difference between regulated and unregulated services. I don't know what's worse: not knowing what you are talking to your 240k followers about, or not knowing that you don't know what you're talking about? I guess I will never find out.

All this FUD is funny to say the least. The market has grown by approximately 400% over the last twelve months, and more people are joining the crypto game every day. Jokes aside, if you're into crypto, you shouldn't care about anyone's opinion of the space. It's against the nature of the concept. It kind of defeats the purpose. Permissionless public blockchains don't work like that.