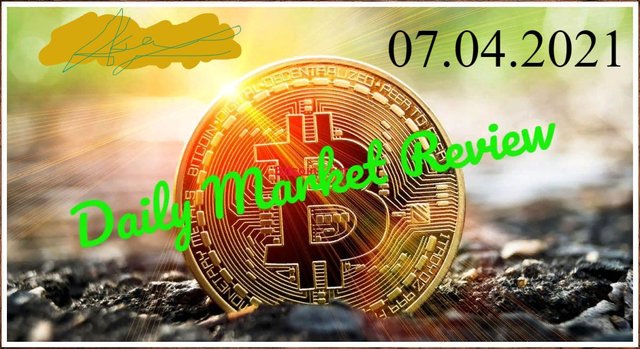 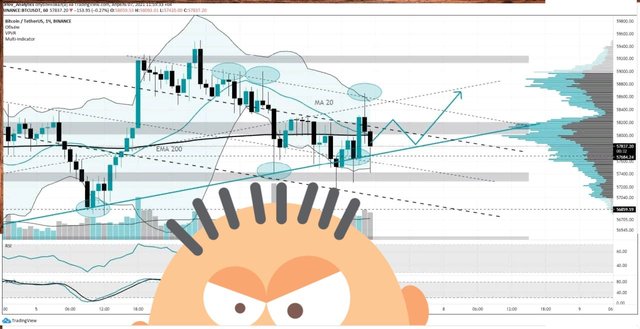 BTC. Despite a number of attempts to develop an upward movement, it was not possible to overcome the diagonal resistance line, which led to a pullback of the asset to the accumulation block at $58,000. After that, the price closed under the important exponential moving 200 EMA 1H, the overcoming of which on March 29 was a signal of the upcoming rally of the asset. The correction of bitcoin was stopped by the uptrend line indicated on the chart. It is worth remembering that the more often the instrument touches the support level, the weaker it becomes, since there are fewer buyers in this area due to the opportunity to purchase the instrument earlier. For the development of the upward movement, it is important for the bulls that bitcoin, firstly, is traded above the uptrend line, and secondly, overcoming the asset price of 200 EMA 1H, fixing the instrument over the accumulation block – $58,000, will create a springboard for the assault of $59,170.

ETH. The asset is consolidated at the accumulation block at $2090, closing under which will send the ether to support - $2045. The nearest resistance is around $2115.

Indian technology company Tech Mahindra is developing a new stablecoin service aimed at banks and financial institutions. The tech giant announced that it has entered into an agreement with Dutch blockchain application incubator Quantoz to launch a "stablecoin as a service" tool to reduce transaction costs and processing time. The new project is aimed at potential customers from the banking and financial sectors, as in January 2021, the US Office of the Financial Controller officially allowed US federal banks to use public blockchains and stablecoins for settlements. The platform supports both fiat and cryptocurrency, offering a variety of features, including money transfers, payments, loyalty program rewards, and treasury management.

Stablecoins are backed by real assets (which is applicable to stablecoins based on a fiat currency) and at the same time do not have the main drawback of most cryptocurrencies in terms of use in everyday life - a high level of volatility. The use of digital assets with a fixed exchange rate in the banking sector will significantly reduce the operating costs of financial institutions. This advantage can make stablecoins a prominent element in the integration of cryptocurrencies with traditional financial markets, which in turn can lead to a wider range of use of digital assets, for example, in the market of loans and lending.

The publication of information about a number of upcoming IDOS based on the ZeroSwap platform with the need to hold native tokens for a certain time increased the value of ZEE by 40% (to the dollar).

Announcement of the Origin Protocol listing on the exchange ZB.com led to a 30% rise in price (against the dollar).

The main Wall Street indexes ended trading in the red on Tuesday after the Dow Jones and S&P 500 indexes updated their all-time highs a day earlier. The stock market was affected by negative dynamics from the health, technology, and oil and gas sectors. At the close on the New York Stock Exchange, the Dow Jones was down 0.29%, the S&P 500 was down 0.10%, and the NASDAQ Composite was down 0.05%.

The total capitalization of the cryptocurrency market decreased by 0.4% over the past day, the dominance of bitcoin is declining for the eighth day in a row, reaching 56.53%. The capitalization of altcoins recently set a new record – $876.5 billion according to Tradingview, which is more than the entire value of digital assets, including BTC, at the peak of the previous cycle in January 2018 – $765 billion. On the path of growth, local corrections are inevitable, globally, the trend is upward. 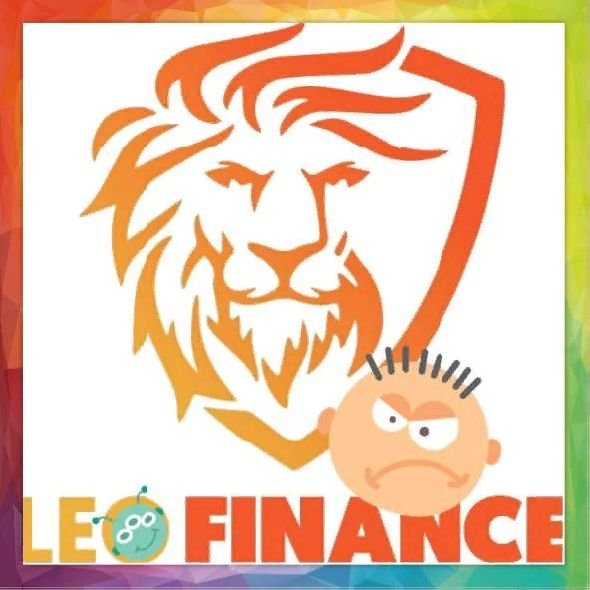