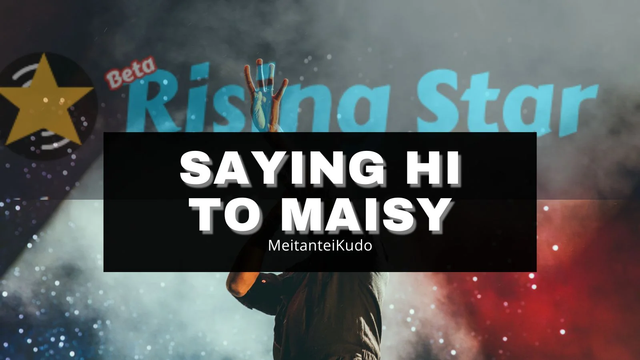 It has been a week since I last opened up a pack to boost my profile in Rising Star and it just so happened that it's also the first day of the month. I am certainly hopeful and positive in thinking that I would be able to pull a good card and not a duplicate one from the pack today.

So here's an overview of what my account looks like before buying and opening our weekly pack. I'm just fortunate enough to be able to collect 10k Starbits so I would be able to afford this week's pack. 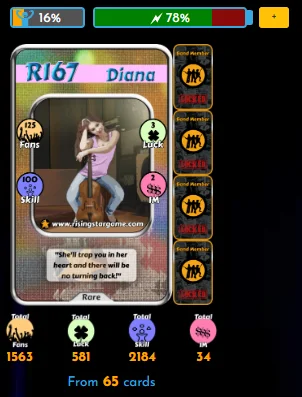 Equipped with the 10k Starbits I withdrew, I went straight to the card shop and bought a pack that we could open for this week. I'm really hoping to get a decent card for this week because the cards I got from the previous weeks were both duplicate cards. Even if it's just a rare card, I wish that it's a unique card with a higher number of Skill points than Fans.

My goal is still the same every week. I wish to get a card with a higher number of Skill Points. My basic goal is to have twice as many Skill points as the number of fans. In that way, I can keep my ego in check and make it stay at a manageable amount.

As you now know, having a low percentage of ego makes your possible earnings higher, so I wish to keep my ego stable at below 20%.

These are some of the cards available inside the packs, and there are tons of good cards there. I would leap for joy for an Epic card someday. :)

I bought the pack, said some incantations, and I opened it as soon as possible. I closed my eyes as the screen revealed three cards and opened my eyes when I'm sure that every card was already opened.

And tadah! The cards I received from the pack I saved up for during the week.

Well, the goal was to get a card that's not the same as the cards I already own and a card which has higher Skill points than Fans count.

I guess that I should have been clearer because the first two cards were the same cards and making them automatically duplicates. And when I checked up on my deck I already have like 5 of these Juicy Orange Guitars.

Although the first two cards fell heavily into the duplicates category, the rare and the last card was somehow decent.

It's an R201 Maisy which I don't own yet. So a big plus on the duplicate thing. And looking at it closely, the number of Skill points is higher than its number or fans. 2 for 2 on the side of the rare card included. Not so bad in my opinion. 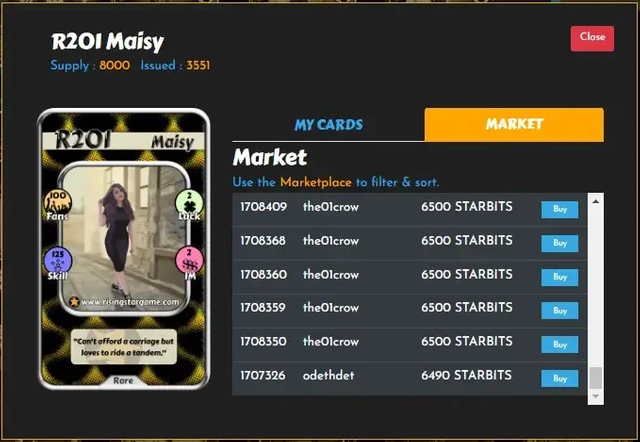 I checked the marketplace for the rare card I got to see how other players value the card. The lowest it could go in the market, as of the writing of this article, is about 6490 Starbits. Remember, I paid 10k for the whole lot.

I was thinking that the card wasn't worth the 10k Starbits spent. I would've gotten a better deal if I just bought it from the marketplace.

Oh yeah, I almost forgot that I received 3 cards from the pack. 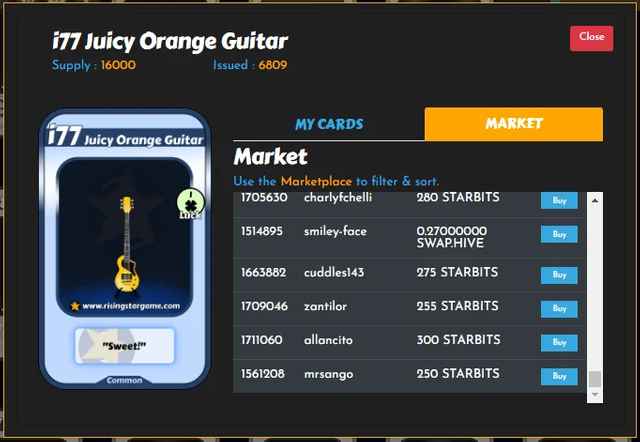 I also checked the first two cards' value in the marketplace and they could be bought for 250 Starbits currently. If I have two of those, they are practically worth 500 Starbits. If I had just bought those three cards from the market, I would've spent around 7k Starbits, and it's still cheaper than opening a random pack from the store.

Not really complaining though, I was just doing the math in the most simple way. I didn't regret the purchase too because the rare card I got was pretty decent. I'm out to collect as many types of cards as possible, so it's still a win for me. 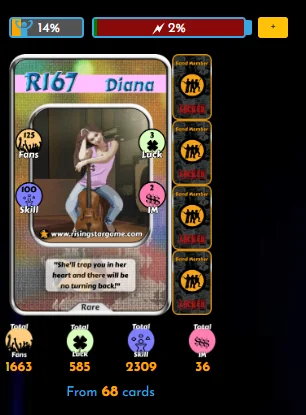 So here's what my stats look like after opening the pack and refreshing my card collection.

Doing a quick analysis and reasoning, buying packs to open isn't the best way to grow your account steadily. It's a slow process and it's sorta inclined toward the losing side of the scale unless, of course, you were lucky enough to get a couple of Legendary or Epic cards. Then, it's the cheapest way to acquire those great cards. But still, in the long run, it's better to save up Starbits to buy your pick on the marketplace rather than depending on luck to help you with the game.

As for me, I still enjoy the thrill of opening packs and the surprise I get when I receive a new card. That's what I enjoy about buying packs, after all, that's all there is to it.

risingstargame
1 mo
We would really appreciate it if you would vote for our proposal to help Rising Star grow into the future. It won't cost you anything and just looks at your Hive Power to determine your vote. VOTE HERE

This post has been manually curated by Rising Star Game

The NFT based music career game built on HIVE
!PIZZA