When the price of the tokens you hold goes up 100x+ within hours, you'll test yourself...and your limits. Can you handle it? 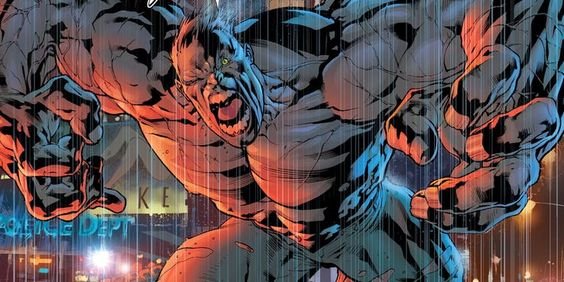 Some 10 or so months ago I had a really interesting discussion on discord with a massive whale of our ecosystem. We used to talk a lot back then about all sorts of things, mostly Hive related but also about simple things...like, everyday kind of stuff.

But there was something about that particular discussion that I really can't stop thinking about it ever since.

It started as an ordinary conversation about Hive and what could we do from our side to improve things and make Hive an attractive destination (remember, Hive had just been born) but we ended up talking about personal stuff.

As you can imagine I had so many questions to ask, mostly around the economic and investing side of things, because, what the hell, how often does one have the opportunity to take some good pieces of advice from a successful entrepreneur / millionaire, and future friend?

"When the price of the tokens you have invested in goes up 100x+ within hours, you'll test yourself...and your limits"

"I was 4 clicks away from being a billionaire...instead of a millionaire"

I just can't stop thinking of these two lines ever since then. Not only because for once in my life I'd like things not to head south...and maybe, just maybe finally gain financial freedom, but also because I really want to put myself to the test. To see what I am made of.

How much pressure can you handle?

Do you have what it takes to be a future millionaire?

How much are you willing to risk to get there?

Do you have the right answers? Are there right answers to the above questions at all? It's fairly easy to give the "right" advice when you watch from the sidelines, but what happens when you're into that position?

Everyone loves steady growth. It's relatively safe. For instance BTC. We all know where it's heading to. So all one's got to do is keep staking Sats and wait a few more months/years for things to explode. Now I know, although it's never too late to jump in on the BTC train, the truth is that its current price is kinda spicy. So unless you are already a millionaire you can't buy much of it. Is 1/10 of it enough to make you a millionaire? It could be...in a few years.

But that's not what I am talking about here.

What happens when bulls target that shitcoin you bought some months ago... the one that you didn't even remember holding?

And you know what happens when bulls target low marketcap tokens, right?

So let's just say that the shitcoin you're holding, the one you spent $500 for and bought a shit ton of them at 10 (ten) Satoshis starts mooning...and you happen to be in front of your computer...watching the whole thing live.

Suddenly after months of stagnation and zero price action it shows signs of life. Price goes 2x within a minute and your $500 shitbag is now worth $1000.WRONG! It's worth way more than that cuz BTC had a marvelous run those last 10 months. So your initial $500 just because of the BTC run turned into $3K - $4K prior to the spike in price and 2x that right after the spike.

Any reasonable man would immediately sell off....grab those $6K - $8K profits and run away, right?

Well that's not how millionaires are made in these cases...just so you know.

In case you did sell, that's fine...that shitbag is off of your shoulders now. You simply move on...

BUT if you didn't sell, just because deep inside you know that this could be your chance...

Seems unreal eh? Is it?

By now most definitely you have armed your left finger and only God knows why you haven't clicked that button yet...

Eventually you do. You fill the top buy order at 100 Sats and you're jumping all over the place for being The Dude.

Out of curiosity you stay there and watch if you made the right call. The hourly candle is about to close and price keeps cruising at 120 - 100 Sats so your call was fairly good.

A few hours later you watch devastated. You can't even enjoy your BIG win...

You didn't even place sell orders using the ladder method...just in case. You ofloaded everything at once...

Nobody can sell at the top...just like nobody can buy the ultimate bottom, unless they are extremely lucky.

Selling near the top...even half way through, would have turned you into a millionaire overnight...

You think this is a fiction story, eh? Is it?

Not financial advice...but when something deep inside you tells you that this IS your chance...go till the end.

So are there right answers to the above questions? Do you have what it takes to place yourself among the elite when the chance is finally right at your doorstep or you'll regret your clicks for the rest of your life?