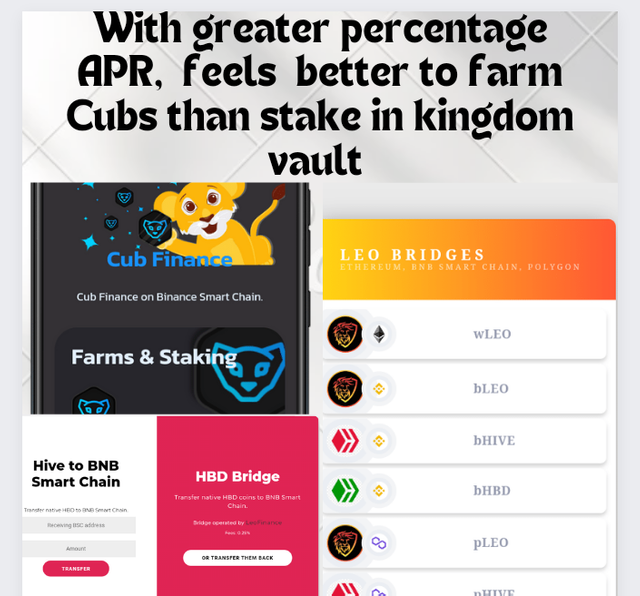 Yesterday I visited the cub defi to check out my stakes and readjust to the recent changes and development in the cubfinance.

Before now I had staked some cubs in the kingdom vault earned more Cubs from the greater percentage APY back then which has now reduced to 21%APY and a daily release of 0.05% as compared to the 0.13% I saw it last, this means the daily earning from cub tokens staking on Kingdom vault has reduced drastically and it was time to unstaked or invest more cubs in other vaults.

Since the multi token bridge was ready at hand I did some test net with little amount of HBD and hive following the tutorial from here by @finguru to send HBD and hive to the binance smart chain network. 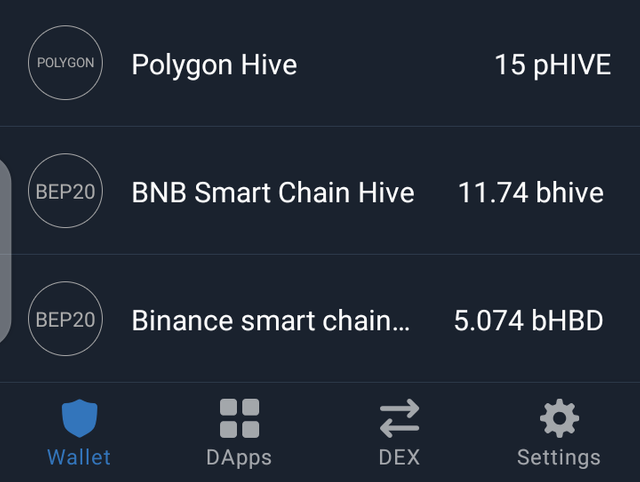 All transfers were successful and it was time to add liquidity and farm some cubs. 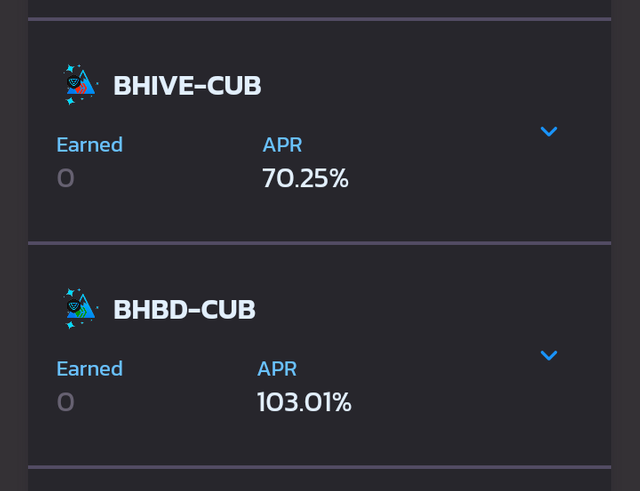 The ones that appealed to me were the bHBD-Cub and Bhive-cub as seen above let's begin some cub farming right away.

Hey @monica-ene, here is a little bit of BEER from @pixresteemer for you. Enjoy it!

Thanks for the shoutout. This is awesome. Happy Farming Monica. :')

It's been a long time I checked my investments on cub finance. Been more focused on polycub. Guess it's time to see how far I have gone and like you see what farms to withdraw from or invest more into.