2046 The most important number to remember 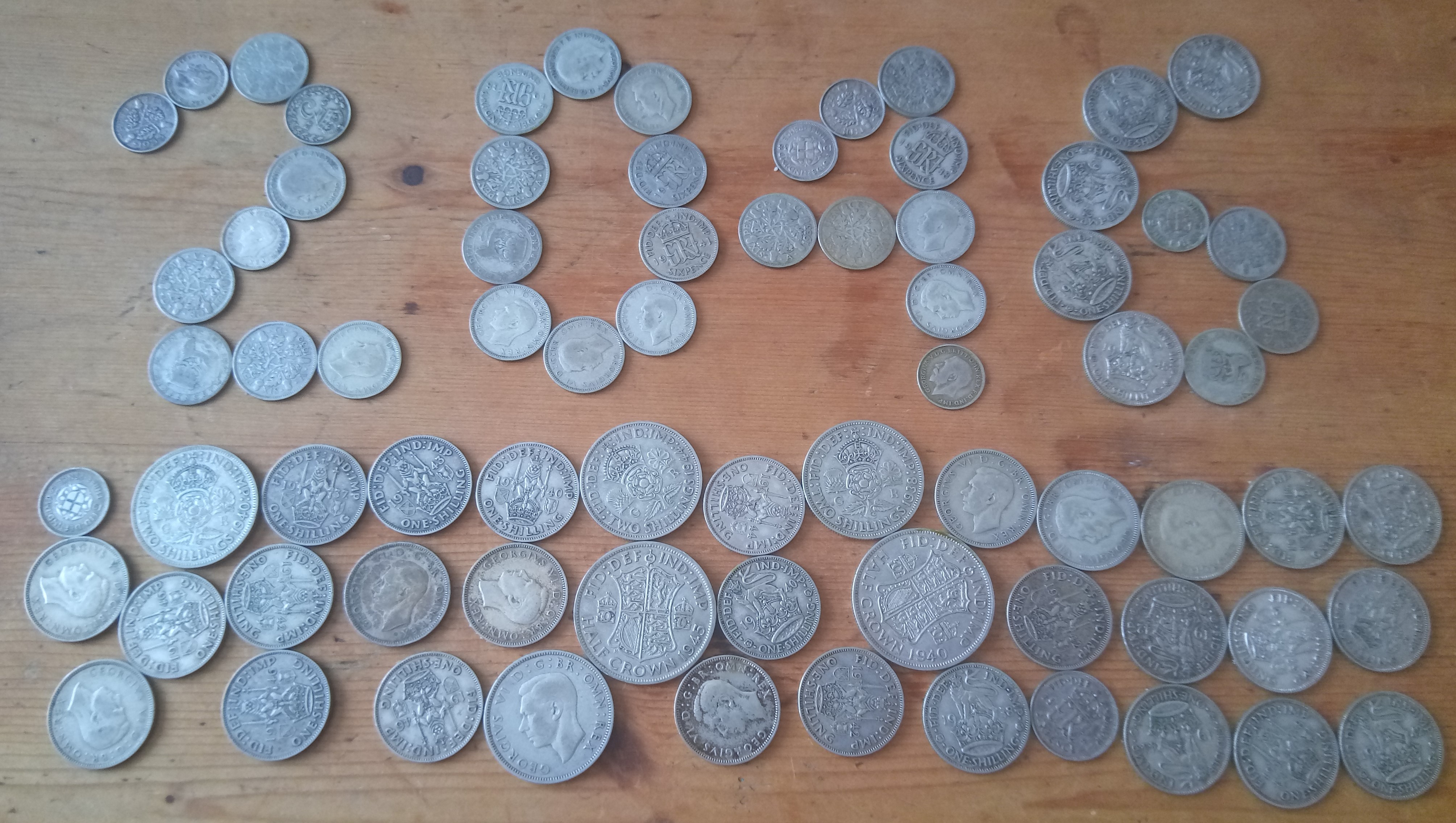 Most countries around the world in the early 20th century had coins made of silver which where used in everyday transactions, with this little trick you should never go wrong with buying British silver coins ever again.

These five coins where the main silver coins used in everyday transactions, the smallest coin was the silver 3 pence, next the silver 6 pence, silver shilling, silver florin and the half crown, there was also a silver crown but i don't currently own one for this picture.

Well not really if your in the stacking game as the coins went from 50% silver to cupro-nickel.

Why did they stop producing silver coins

Well basically it boils down to war debts, take for example the end of the Great War in November 1918 and a little over a year later the currency was debased by 42.5% of the silver content in coins and this also happened after the end of World War II with a little over 14 months after all silver was removed and went to cupro-nickel, this is over simplified but gets the point across nicely.

Everyone one wants pure silver but don't snub the 50% especially in the UK as British silver coins are Capital Gains Tax exempt, there is not many collectable 50% silver British coins but is a fun way of buying a bit of British history with a small budget.

All images in this post are produced by me unless otherwise stated where i will cite a source for the image or content, please support my posts by subscribing and hitting the upvote button and stay tuned for new content daily.