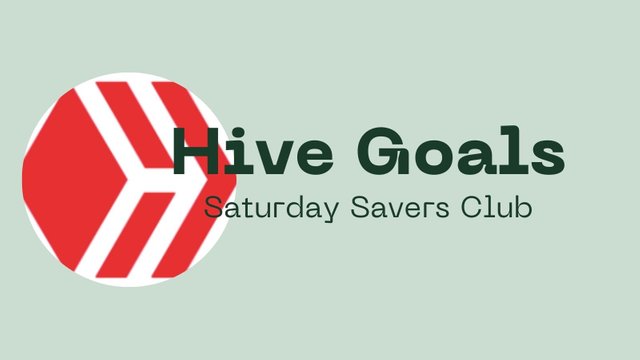 Welcome to my latest update, it has been 7 days since my last update. What a crazy week we have had. First of all the crypto market was highly correlated with the stock market and followed it down pretty hard. We then had the collapse of the Luna/UST stable coin which was a crazy roller coaster of a couple of days while it imploded.

While most people were looking to catch a falling knife with Luna, I was waiting for a good entry point to add more Hive! :) As you can see below I managed to do a nice power-up with the low price of Hive.

Market commentators are saying that Bitcoin is still in bearish territory between 29 and 32k, so we could expect further market drops from here. The altcoins seem to fall in sync with Bitcoin and overreact, so if we see any further drops, I hope my usual DCA into Hive will help me get a nice scoop of Hive power.

Back to my hive goals, I have made 219 posts (+13) in total and have participated in the EcoTrain question of the week this week.

It's already week 20 of the Saturday Savers Club and after achieving the Dolphin status last week, I thought I would need to re-evaluate my goals and go for something big. Currently, my goal of 10000 HP should be reached within May so I thought I would update this to 55000 which is just over the amount required for Orca status (~54618). This is a big goal and could take a long time to reach, but I wanted something challenging and the fall in Hive price could work in my favour while I'm stacking. Therefore, the race to Orca is on!

This week has been pretty eventful with a nice jump in my Hive Power due to powering up when the price of Hive fell into the 40s. I have almost hit my 10000 HP goal with just 77,9 HP to go. My CTP goal was also reached when I added more Hive to Hive Engine and bought CTP. My ListNerds goal was reached, which was not surprising considering I set it before I had a subscription. My other goals have just ticked up nicely.

I think I have too many tokens that I am collecting, so I have decided to reduce it by removing the BEE goal and once I have 100 Workerbee tokens, I will finish this goal too. Here are my new adjusted goals below:

This week I had a bonus of 20000 LVL by winning a competition with PsyberX. So this was a nice addition. I have been checking out streams from Splinterlands players to see how it works and if it is something I would like to add. I was looking at Dcity also and got some tips on how it works from their discord group. As I'm new to play2earn, it needs some research before getting involved.

Here is the growth in the last 7 days from: 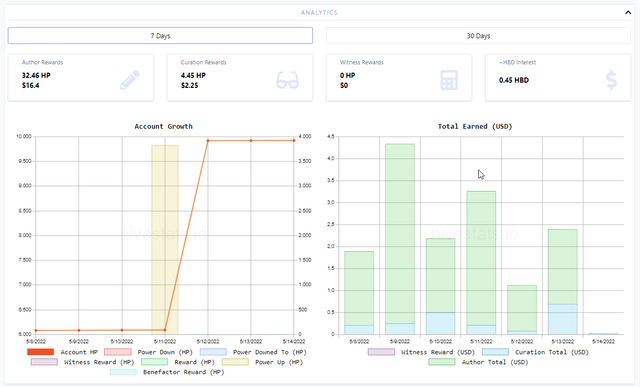 Here we can see my author rewards were 32.46 HP (75.25) and 4.45 HP (1.32) for curation. That's a big drop compared to last week. I had much more engagement but I didn't get many visits from the big curation accounts. I will need to work on improving my content in future.

That's it for this week, but before I go, be sure to check out the @eddie-earner account for more details about the Saturday Savers Club.