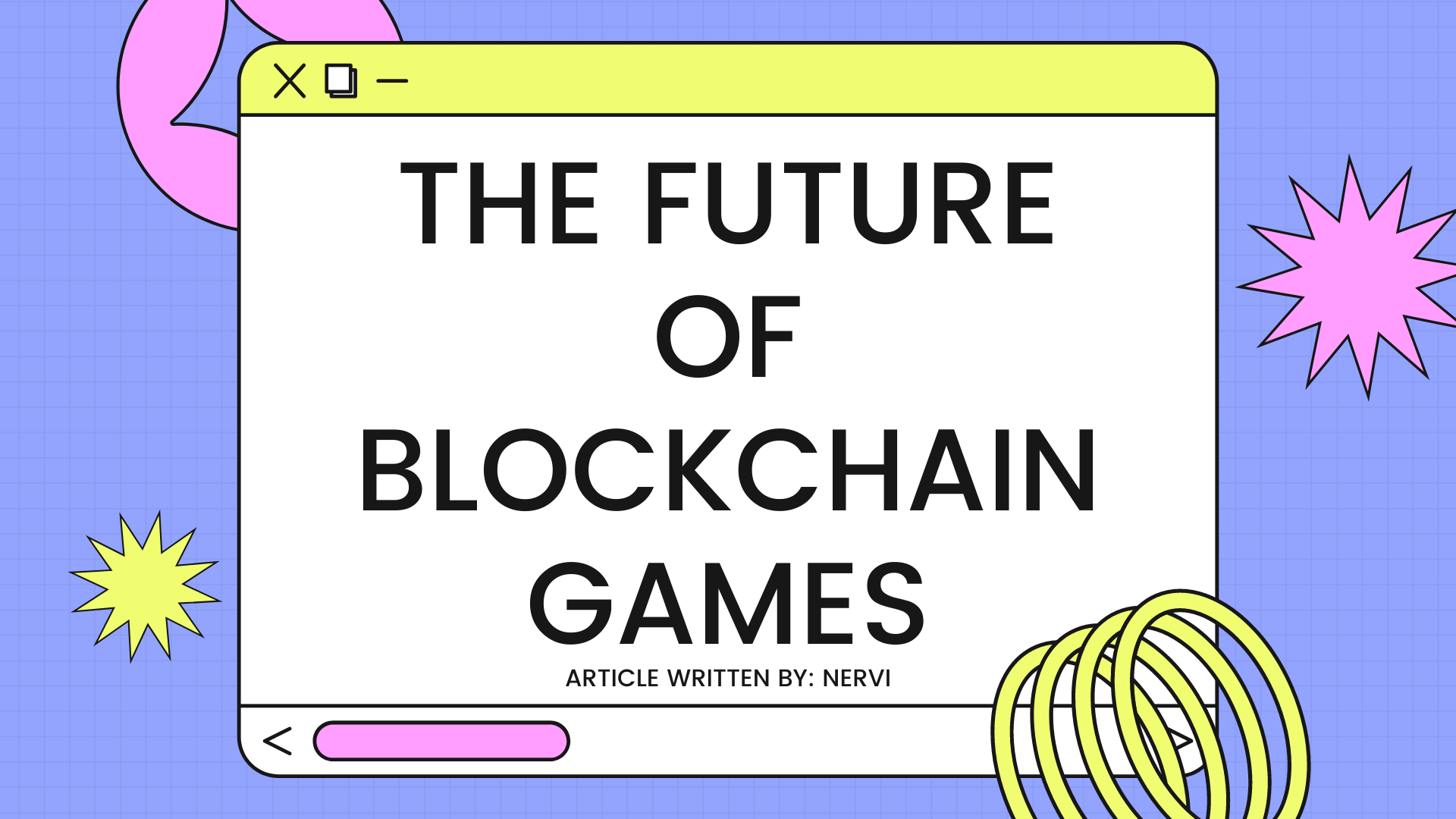 Blockchain games just like video games started very slowly, first in special cybercafés and now practically everyone has access to them. Today, starting to play blockchain games is becoming cheaper and cheaper and is often even free. The future of such games promises to be brilliant.

Axie Infinity, Alien Worlds, Splinterlands, Upland from such the most popular games on blockchain I think almost everyone who has ever heard of games typically associated with cryptocurrencies and blockchain technology knows. Unfortunately, it is more often the case that productions which are much lower in the ranking are hardly known to anyone at all. Recently, I often had such a situation that I showed people from Hive such games as @dcitygame or @dcrops because they hadn't even heard of them. And yet we are all in the same ecosystem and rather everyone more advanced knows every other project in this blockchain.

The popularity of decentralised games based on blockchain has a bright future. The NFT boom has been going on for a few months now and I hear about #NFT more often than any other technology or innovation. Card games such as @splinterlands or @dcitygame are based on the NFT idea and a lot of people advertise them precisely in such a way that they pay a lot of attention to the fact that we have real NFTs that are in our account (dCity works this way).

@splinterlands has become synonymous with the popularity of blockchain-based card games. I've talked about its success more than once whether on my blog or on Discord. Now that we have millions of new Reward cards available new players are no longer frustrated with getting nothing in daily quests, now this could change. If the growth of Splinterlands continues at a fairly high level then the market could experience another boom in popularity, making the investment and the gameplay itself take on another accelerated pace this time.

I also mention this game because it has become very close to me. Although I devote a lot of attention to Splinterlands in terms of rent optimization or other investments, the time I spend on my own decentralized city is much greater. Here the problem may be the influx of new players, but I think that by popularizing these more mechanical games with the right dose of tutorials will encourage new players to make the first small investment to see what the game is about in order to then understand it almost completely and become a top mayor in this game based on the Hive ecosystem.

We have a lot of other titles on Hive that could have similar growth potential as Splinterlands, which has simply become an iconic game in recent weeks. I think the right approach to marketing, promoting the game on other blockchains and on the idea itself is very important here. This last thing is the most important, because you know that if we sell something useless to someone for a million dollars then everyone will know about it and no one will come to our game. But if we put an idea of a game on the Internet, which can become revolutionary and attract players like MMO or FPS video games, it will be much more beneficial for each side. The most important thing here is to have a sound mind and the correct approach to the subject of creating your decentralised game.

If this article has interested you in any way, please leave an upvote or comment, thank you.

Thank you and until the next time, Nervi.