Colombia, the failure of the IMF is measured in more taxes for the people. 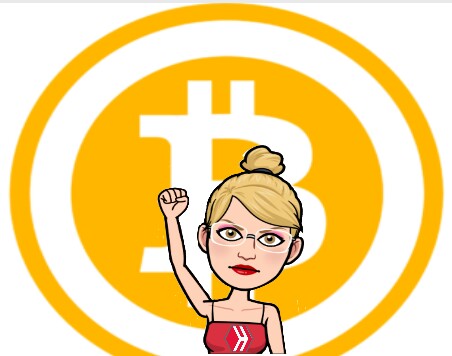 The history of Latin America with the International Monetary Fund (IMF) is like that of the dog that bites its own tail: always going around in circles without sense to end up in the same place. Thanks to social networks and mass media we have seen the riots in the main cities of Colombia, a South American country widely known for its good coffee and the production of a certain white substance in powder form that they love very much in the United States and Europe despite being banned, I will not name it but evidently everybody knows what I am referring to.

A graph in downtown Bogota defines it all: We are more afraid of the IMF than of COVID, a situation evidenced by the ferocity and accumulation of millions of people in the streets of Colombia, who for a week now have been mobilizing to protest against the announced tax reform proposed by the government of that country, one of the typical methods of all the central powers of the planet to steal, sorry, 'raise' funds to balance the State budget, same that never stops demanding more and more money from the effort of the citizenry to fill a bottomless sack.

It is precisely the International Monetary Fund (IMF) that is the epicenter of all Latin American tragedies, as it acts as a provider of money in the form of credits to the governments that request it, but in exchange they must assume the most asphyxiating monetary policies that can be applied to the citizens, generally unpopular and cruel, so it is only through great repression and forcing the citizens to comply with these measures that the rulers try to comply with the payments to the bankers in Washington D.C.

Last year, as a result of the global pandemic situation, most Latin American governments turned to the IMF to request the fresh dollars they needed to withstand the severe health and economic crisis that threatened to worsen in a brutal way. In the Colombian case, the government of President Ivan Duque sold the idea to the country that it would only request a credit of US$ 1 billion that after 365 days turned into US$ 6 billion, which the world institution shamelessly disbursed to an administration that knew it did not have the capacity to return the loan with the leonine interest.

Now it is time to pay the debt and there is no money in the vaults of the Colombian State, so who will assume the burden of this commitment? exactly the middle class. To get into context, the government came up with a plan in which it proposes to return the debt to the IMF through actions such as increasing funeral taxes (pay to die), increasing the price of gasoline, charging tolls for the use of cars on streets and avenues, increasing taxes for those with incomes over US$600, being a country whose minimum wage is on average US$200, this last condition reflects that this is clearly aimed at squeezing the pockets of the middle class. In this way it is expected that US$ 6.3Billion (almost 90% of the Colombian GDP) will be collected and returned to the IMF in three years, and even then it is not enough to pay off the debt considering the interest.

As we know, the rich never pay taxes, the poor class does not have the resources to face this burden therefore all the burden of this plan will fall on the middle class, the part of the population to which the central power always resorts to fill the economic gaps produced by the worn out fiat model, father of corruption that always forces to contract debts for our children and grandchildren to pay them off with their lives. Certainly, if a government that takes on a debt that you did not ask for forces you to pay a commitment that you never asked for, it is logical to take to the streets to protest this vulgar outrage against the patrimony of the citizens.

Far from applying another, more accurate methodology for its monetary system, the IMF prefers to maintain its failed system unchanged, which it knows very well is unviable since it is based on a form of Ponzi type swindle we call fiat. With the support of the international banks, owners of the free money, lending this cash to countries like Colombia (and any other third world country) is an extremely lucrative business since while these countries only report interest payments, the debt in general remains intact, therefore unpayable. Given this fact, countries only have the option of continuing to resort to debt to be able to assume the costs or expenses of the nation, which tend to be higher and higher because in a fiat economy inflation is the main result along with debt.

As we know the IMF is determined to lead the reset of the current economic model to give way to another one based on centralized cryptocurrencies but without eliminating the dependence on debt (the story of the brown cat: everything changes to stay the same). Faced with this obvious swindle and torture against the humblest people, cryptocurrencies, with Bitcoin at the head, are presented as the right option to break with this pernicious scheme and for the first time in the history of mankind are the common men and women who have the opportunity to direct their destiny by themselves.