Is Internet Computer, a new revolution in the cryptosphere? 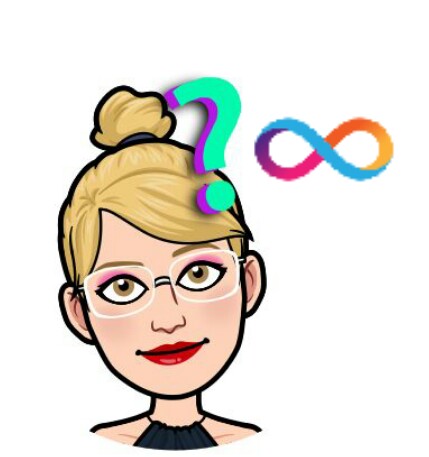 Every day they sift through the deepest corners of the Coinmarketcap listing to find the 'holy grail', i.e. an altcoin whose behavior or trends are similar (or superior) to Bitcoin. Like artisanal miners in search of gold pepits, small and nobel investors look at trends, charts, tips, anything that can serve as analysis (or justification) for putting their money into projects that seem to promise to be that much-older 'second Bitcoin'.

Curiously today, after my usual breakfast of ham and yellow cheese arepa (a morning treat) accompanied by a cup of black coffee from Biscucuy (Venezuela's best kept secret) I notice that in the top ten ranking of cryptocurrencies, right after the usual involved (Bitcoin, Ethereum, Cardano, Dogecoin, Riple and others) appears in the ninth place a totally unknown project, at least for me, called Internet Computer (ICP), which climbed suddenly after its launch just three days ago.

Looking at its graphs I notice a great peak registered on Monday, precisely the day of its launch, in which an astonishing figure of US$ 731 stands out as the top of the Everest. On the other hand, its market capitalization at the time of this writing is over $35 billion, which at one point exceeded $40 billion. Now its price announces a still significant $285 which indicates a decline of more than 20% of its value. 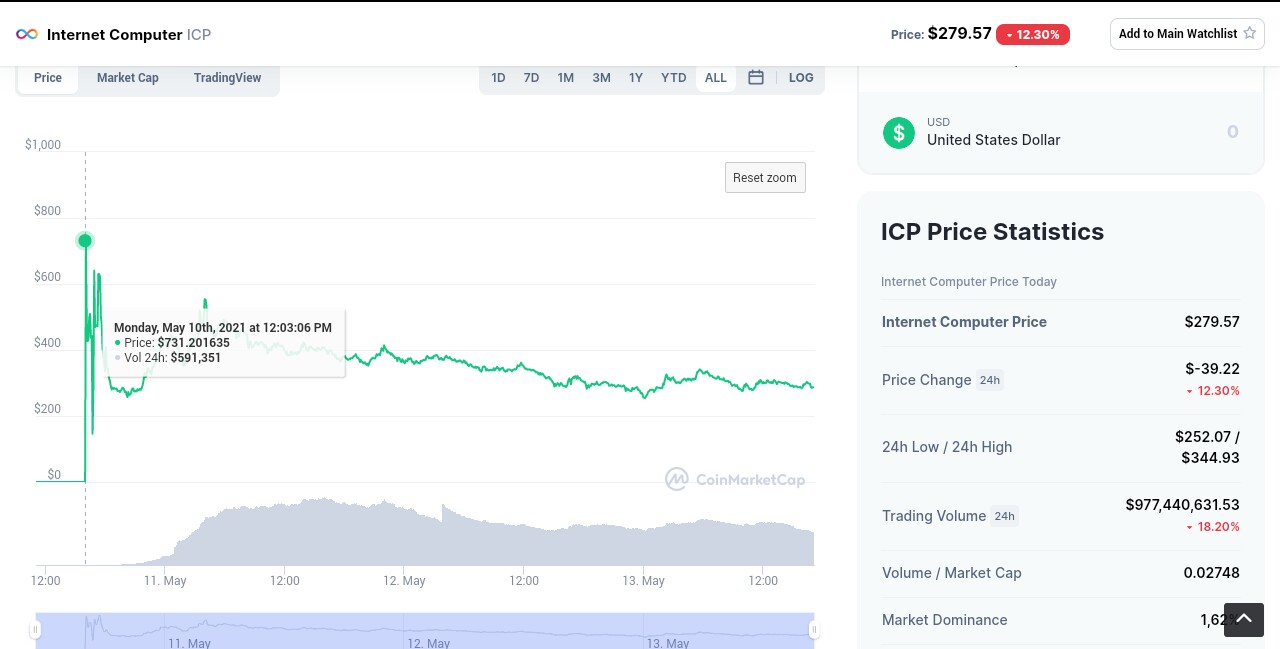 According to the information that exposes the Marketcap website, ICP is available for buying and selling in the most important exchanges in the world such as Binance, Coinsbase and Huobi Global, but of course, before acquiring the first ICP the most logical thing to do is to go to the information that the same project exposes in its web community, so let's see what this Internet Computer is all about.

ICP is defined as a revolution (as the rest of the projects claim this quality), since according to its developers it is the first Blockchain in the world that runs at the speed of the web under an unlimited capacity. According to what is published on its website, this project has the quality of having the speed to process smart contract data, consequently it is possible to create powerful software frameworks for the use of developers. It is also possible to build tokenized Internet services, platforms and decentralized financial systems through its platform.

On the other hand, among its main developers stands out Dominic Williams, who in 2016 worked as project manager and founder of DFINITY Threshold Relay,Probabilistic Slot Consensus besides being one of the great co-contributors of Bitcoin in its beginnings. Precisely during that year, DFINITY managed to raise more than US$ 120 million from various contributors for the launch of this project, so that in 2018 it was able to distribute about 50,000 ICP tokens to investors who bet on this initiative. In December 2020 DFINITY showed the world the alpha mainnet as a preliminary step before its market launch last May 10.

It should be noted that DFINITY is the foundation and scientific organization based in Zurich, Switzerland that is responsible for the development of this project, for which it has a number of collaborators and experts in cryptography in the world. It seems that the main intention of Internet Computer is to turn this project into the global decentralized "supercomputer" available to humanity, given the release of its source code and token, with which they aspire to create a community of tens of thousands of users using this technology to strengthen governance in the spaces of the Internet.

Cutting with the private infrastructure of the Internet to replace it with this decentralized protocol offered by DFINITY seems a proposal that sounds great, which if achieved will not only be revolutionary but the most disruptive invention since the arrival of BTC to the economic and social orb of humanity. To achieve this, the foundation assures that with the Chain Key technology it is feasible to generate all the protocols that will make possible this break with the centralized mechanics.

Chain Key technology is a protocol consisting of a 48-byte public chain key, which discards older blocks from the chain, thus allowing ICP to run at the same speed as the web. According to the definition published in Dfinity, "Chain Key allows any device to verify the authenticity of artifacts generated by the Internet Computer".

Analyzing this new technology in depth, by using Chain Key the smart contracts established in ICP will be updated in just 2 seconds, something impossible to imagine in the Ethereum network characterized by its tremendous slowness. To achieve this speed Chain Link divides its functions into two types of protocols: Updates and Queries.

Updates simply produce a new block in less than two seconds (it all depends on how long it takes to generate it). Queries are responsible for discarding the changes that occur as soon as the smart contract is executed, which is why ICP matches the speed of the web.

It is clear that the commitment to Chain Key technology is DFINITY's greatest contribution to the crypto world, since its function as an ICP driver will allow the proliferation of nodes and sub-nodes that will form networks that will allow practically infinite scalability, while at the same time 'self-healing' by discarding and replacing everything that stops working or is blocked, without impacting its start-up, at least this is what its developers theoretically hope.

At the moment, the 1,300 nodes located in the United States, Switzerland and Asia support the project, which is expected to exceed 4,300 by the end of this year. It is necessary to insist on the decentralized nature of this project, so that anyone can become a node provider, for which they must request a Data Center ID (DCID) with which they will integrate the Nervous Center (NNS) of this network, so they will be supplied with the necessary technology to fulfill this task.

It is clear that Internet Computer joins the projects that intend to compete against the Ethereum network, however this seems to be the most ambitious of those known within the framework of smart contracts, on the other hand it also has a fervent community that believes in the project, to the point of taking it to the top ten of cryptos just the first day it began its journey.

As I always point out, everything published here responds to an investigative process on my part to share with the community, so it can not be seen as a form of advice to the public or instigation to invest in ICP. I invite you to use this post only for educational purposes and as an input to make your investment decisions based on your own conclusions.