What if we decentralize the soccer business? 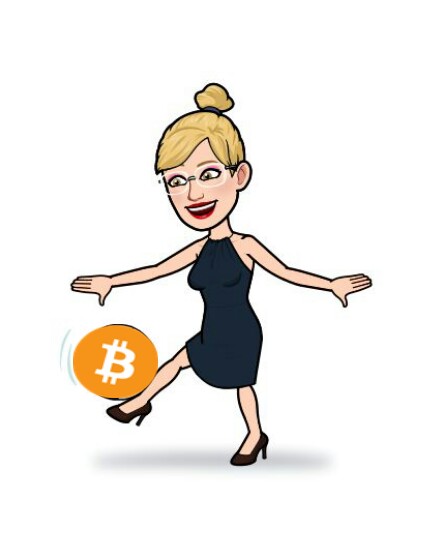 Diego Maradona once said: "the ball does not stain" as a way of defending the beauty and freedom of the practice of soccer beyond the caliber and errors of those who practice or direct this sport, however, every day it is clear to me that soccer is a goose that every second offers golden eggs to the world and its leaders (or kidnappers?), those in pants and tie are not willing to share their treasure.

FIFA is a centralized entity with great political and economic power, as influential as the United Nations Organization (UN) or the North Atlantic Treaty Organization (NATO), even though it does not produce a drop of oil, it benefits from the billions of dollars that this economic activity obtains from the black gold trade, while the main "sponsors" of world football are the millionaire kings, princes and politicians of the dynasties anchored in the Persian Gulf, it could be said that FIFA is another member of the Organization of Petroleum Exporting Countries (OPEC).

It is no secret that FIFA is an infectious focus of corruption, absolutely nothing in its way of handling the business of soccer poses clear measures to carry out the economic activities related to this sport. From the way in which the venues of the World Cup, World Cup or any event related to soccer are assigned, there is always a cloak of corruption that is increasingly difficult to hide, so that not a day goes by that there is not a critical voice inside or outside the field that tries to intervene (unsuccessfully) in these dictatorial practices of the leadership of the most popular sport on the globe. Leaving for another opportunity the analysis of the murkier side of the soccer business such as human trafficking (especially children and adolescents) everything said so far seems like the semblance of a cartel in the style of Pablo Escobar in the 80's of the twentieth century.

In a world where Blockchain technology is making its way every day to decentralize those spaces that in other times were impossible to penetrate, the most important wall (from my point of view) to tear down is represented by FIFA and the only way to achieve this is by destroying its dictatorial exercise over the sport of the ball of black freckles and kicks. Judging by the world soccer body's angry reaction to the announcement by Europe's (and the planet's) top 20 clubs to create a parallel league without UEFA's control which they would call Superligue, it is clear that they feel the need to protect their business from any kind of competition that does not have their stamp of approval.

One lesson that modern economics always leaves is that capital will always move to where people are willing to invest and in the world of sports the so-called Esports are setting the pace in terms of the dance of the millions. Like sharks sniffing a drop of blood in the sea, FIFA has already penetrated this market by imposing conditions, especially with regard to soccer video game competitions, considering that they also have the power to exercise their dictatorship over virtual or electronic spaces. But, will they be able to control a decentralized area where people, clubs, players and soccer lovers exercise full freedom to participate in this business without the surveillance of a governing body, I guess for those reading this article the most obvious answer is no.

Blockchain technology has demonstrated its power hand in hand with Bitcoin, to the point that the centralized world, tired of fighting it, now accepts it and even adopts it in its daily processes. Decentralized spaces also mark their territory to attract investments and gamers will be the new "Messi and Cristiano Ronaldo" of the future, those who will attract the masses from their smartphones, PCs or any other gadget that allows the visualization of electronic sporting events, whether real or virtual. Under this scheme, FIFA will be able to do little or nothing to impose itself, unless its power in the media produces an effect of fear in the population and investors who still believe in the entity.

As humanity becomes more and more dependent on technology, the processes that fail to adapt to the canons dictated by the younger generations will end up becoming obsolescent, this is a simple law of life. Soccer has ceased to be a game of neighborhoods, of rich against poor, it is a global business that generates billions of dollars in wealth where FIFA takes the lion's share. The technology that is coming from decentralized spaces will raise new forms of business that may unbalance the balance, for example Theta is a project that works on the decentralization of streaming broadcasting, so imagine for a moment a World Cup final broadcast by all the spectators in the stadium without the great dictator can do anything or their partners the TV channels (with the public generating rewards in cryptocurrencies). Dreaming does not cost anything.