November 1th, The euro is expected to recover up to 45 gr. as part of the correction 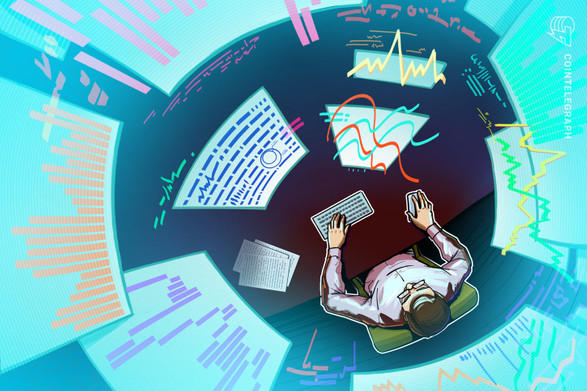 On Friday, October 29, at the end of the day, the euro rate fell by 1.0%, to 1.1561. Euro began to lose ground to the dollar since the Asian session amid its general recovery. Selling increased in the European session with the fall of the EUR / Pound cross pair and strengthened in the American session. The euro has fallen in price against the dollar by 1%, the pound - by 0.76%.

The yield on 10-year US bonds showed multidirectional dynamics. In the first half of the day it increased, in the second it decreased. The yield on UST10 did not participate in the collapse of the euro.

The dollar could strengthen due to the redistribution of financial flows on the last day of the month and expectations from the US Federal Reserve to start curtailing the QE program. Due to the fact that the Fed is ready to tighten monetary policy, and the ECB has left the position of a pigeon in the face of growing inflationary pressures, the euro is immediately under pressure when the mood changes.

On Friday, a new batch of statistics was released in the United States. Incomes of the US population in September fell 1% compared to the previous month. At the same time, the expenses of the Americans increased by 0.6%. Revenues were forecast to decline by 0.3% and to increase expenses by 0.6%.

At the time of writing, most of the major currencies are trading in small losses. The single currency costs 1.1555. The dollar kept demand amid the release of weak Chinese statistics on Sunday.

Three important events are in the spotlight for market participants this week: the FOMC meeting, the Bank of England and the US Labor Market Report (NFP). 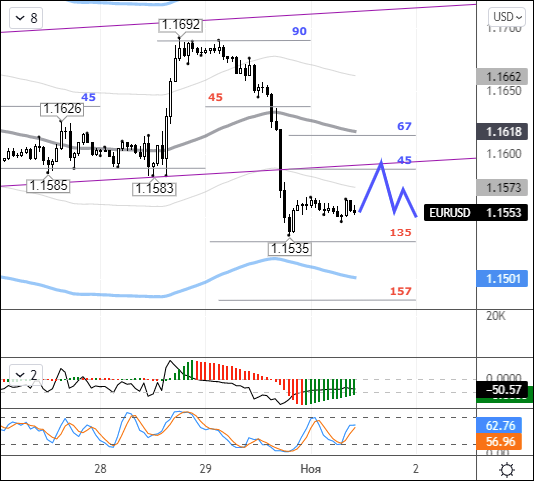 On Friday, the EUR/USD pair fell to 135 grams. For fourteen hours the price is in a correctional phase. If the fall is caused by the redistribution of financial flows at the end of the month, then before the announcement of the decision of the US Federal Reserve, the euro may return back to the level of 1.1650. If the main reason, the divergence between the monetary policy of the Fed and the ECB, then the euro is at risk of falling by the end of the year to 1.1350.

The EUR/GBP cross pair is going up. An interesting scenario for today is the price recovery to 1.1585 (45 g.). If the price remains trading in the range of 1.1530-1.1585, then on Tuesday we should expect an update of the minimum. In theory, before the announcement of the decision of the US Federal Reserve, a correctional movement is seen more than a continuation of the weakening of the euro.

Summary: on Friday, the euro plummeted 1% amid a general strengthening of the dollar on the last trading day in October. After the release of American statistics, market participants began to be more inclined to believe that the Fed will begin to reduce the volume of purchases of bonds in November. The euro is hit hardest by this as the ECB is set to pursue a soft policy until 2024. Recovery to 1.1585 (45 gr.) Is expected on Monday as part of the correction.