Uptrennd was running mighty losses and loss of reputation because of spammers and low-quality posts making tons of 1Up. So, at the end of last month, Jeff, the CEO, said that Uptrennd is closing down through his post. But the good news is that it would not just be lost to history. They intend to merge with Trodl, a new site. 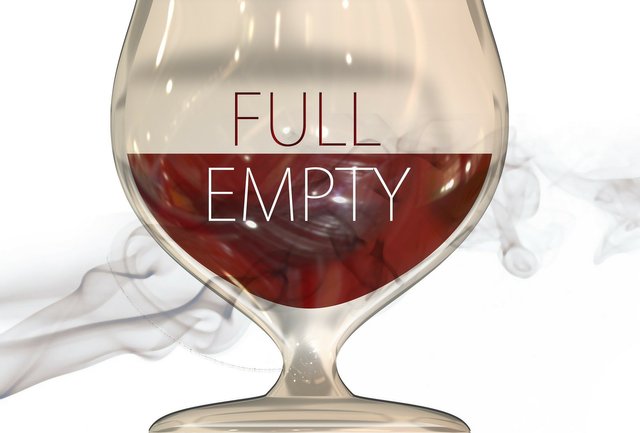 That’s it. That’s your story. However, if you are the inquisitive kind, you want to know more. In that case, read on.

Uptrennd | The Site that Opened Alongside Steem

In 2018, Uptrennd opened with big fanfare and only had a handful of sites in the crypto-powered writing arena along with it. Steem was the other prominent player back then. However, things did not go as planned. Spammers took over. The site had to undergo repeated changes in rules to weed out spammers.

Just when they appeared to be winning, another issue cropped up. This was pertaining more to the “you scratch my back, and I scratch yours” kind of community evolution. This community, as per Jeff, was one of the reasons for Uptrennd not being viable to run. Why? Because they used to upvote each other irrespective of the quality (or the quantity) of the post. You could write a five-line post and trust your pals to come and upvote. This I have witnessed myself. And I joined only in January 2021. I didn’t see one downvote anywhere. It was just bizarre.

Digressing: Wonder if this is a case study on why we should have downvotes to root out low-quality content. I know there have been many who call it censorship and why it won’t work and should not be there. Well, as a case study, if there is no downvote, an entire site shuts down. Anyway, this is for us to ponder upon.

For those who want to read the actual post from Jeff, here it is:

The evolution of Uptrennd: Trodl

Ironically, this post was mercilessly downvoted by the community because they felt cheated. The irony was if these downvotes would have been used for sh*t posts in the first place, matters wouldn’t have gone this far. Anyway, the community was blaming Jeff for the collapse and not themselves.

Of course, I can’t really say who is or was responsible, as I am a newbie there and just saw three months of that site.

What About Uptrennd Users | Site Closes Down By 31st May

Those of you who aren’t aware of these developments would do well to check your own posts on the site. The site closes by 31st May, and there will be no transfer of articles to Trodl. In other words, you get till 31st May to go and download your articles. So, all Uptrennd users, take note.

Now, there is apparent confusion about 1Up tokens, levels reached, and TRO tokens. So, the thing is that there will be a 10 (Up): 1 (TRO) swap for converting Ups into TRO. However, users are free to keep their 1 Up intact, which can be used to tipping on the TRO platform. How and when is something that is not clear even now. The only thing clear is that you won’t start with the level benefits of Uptrennd. Everyone starts from the base level. This is a new beginning on Trodl for everyone.

But this has left a lot of questions in the Uptrennd community’s mind than answers. If you are one of them, then head to the Trodl Telegram channel and chat with the owner and mods. They are extremely responsive.

But what about the new site? 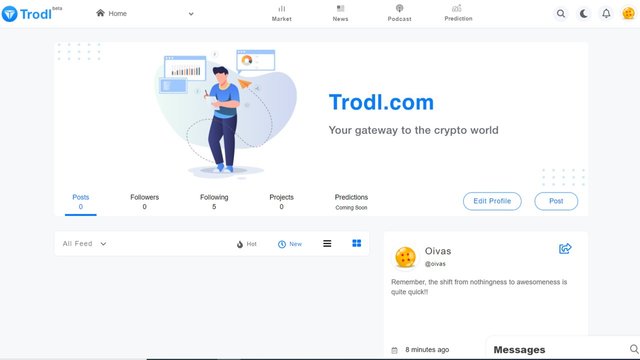 I wonder if the blue and white color scheme has anything to do with looking like Uptrennd. I am just over-guessing. :)

An hour of use is not good enough to give first impressions. If I oversell it, I wouldn’t mind, but it wouldn’t be fair to the Trodl team if I inadvertently downplayed it. So, I would ask you to check it out yourselves and make your own first impressions.

The site seems simple to use. You click on the post to start with your article. The Telegram channel emphasizes that the mistakes of Uptrennd would not be repeated on this site and there are reasons for the same. To that extent, a video was released. Those interested can have a look here:

The TRO token is listed on Coinmarketcap, but I am not sure if it is trading yet. The site appears promising and claims that they have systems in place to weed out spammy content as much as spammers. Let’s hope they make a splash in the crypto ocean.

You can try it out. There is nothing to lose. 😉

Some Useful Sites to Give You More

Some of the good crypto-writing-earning sites:

Some crypto-faucets and jewelry earners:

Search Tool That Pays in Crypto