How I Use Bitcoin Bounce To Get Free Bitcoin Every Day

I've been playing a game for a while now that I'm not sure many people have heard of so I figured I'd write up a quick post about it. It's called Bitcoin Bounce and it's a game that rewards players for playing by sending them Bitcoin. It was introduced earlier this year by THNDR Games and is completely free in the Play store. 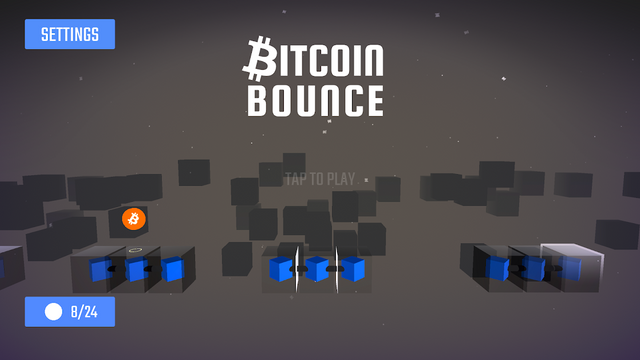 The concept is pretty simple. You're controlling a ball and you must bounce on top of blocks to stay in the game. The longer you go the more points you collect in your score. Eventually you miss and the game is over and you have your final score.

There's of course multipliers you can go for, added elements like lifts and of course powerups that spawn. That's all in case you are playing to earn a high score. I am not playing for those reasons.

I'm playing the game because I want to earn Bitcoin each day. As you play you'll come across tickets on the board. Those tickets are stored to your game as entries for the daily Bitcoin giveaway. These giveaways will ensure that players will earn anywhere between 25 and 5000 satoshis today. You can check the daily prizes by visiting their site at https://thndr.games/win. 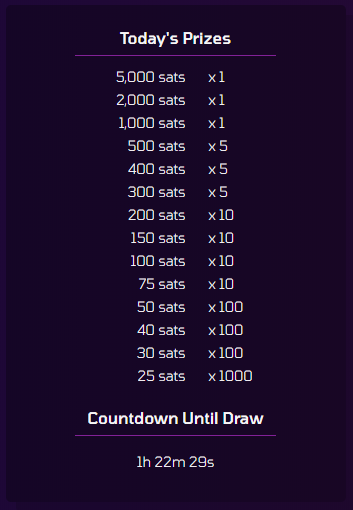 You only win one prize each day so getting tickets is important. As I've been playing I've found I'll usually get a payout when I have 50 tickets. That being said the more tickets you have in circulation the higher chance of being picked for one of the higher prizes. The best part is that payouts happen every day!

Where does the Bitcoin come from?

You may already be asking the question where do the funds come from. If these guys are giving out all this Bitcoin won't they eventually go broke?

Maybe, I'm not here to guess on that part. What I do know is this game does have ads and THNDR has said that's what pays for the bitcoin. When you eventually miss a block you are given the chance to watch an ad to keep playing and collecting more tickets. Those ad payments is what THNDR is using to continue making payouts. Then again if people stop playing the game and revenue dries up then I'm sure the game will go away too.

You're right! That's why this game is built using the Lightning Network. When it makes a payment it doesn't send the funds via layer one. Instead it sends them on a second layer of Bitcoin known as the Lightning Network. I won't go into details on what Lightning is but do know you'll need a wallet that accepts payments via Lightning. If you don't already have one that you use then I highly recommend using Phoenix Wallet from the ACINQ team.

I want to play!

The Lightning Network really changes things for what is possible in Bitcoin. That change will mean a lot of really cool projects are going to be built that can take advantage of the technology. I've already pre-ordered another Lightning based game that I can't wait to share with you all in the future.