Quantum computers are cool. Even though they are still small in terms of qubits, they can already do really cool shit that gives us a glimpse into the future. Some cool shit we can expect quantum computers to do will be in the space of routing and simulation. Other cool stuff that you ar a crypto investor and/or user might not be all that excited about would be something like pulling off a quantum blockchain heist, not quite like the one in Ragnarok Conspiracy, but pretty damn close. The problem is, once a specific type of quantum computers will grow large enough, they will be able to slice through your ECDSA signature and derive your private key within some manageable amount of time.

For many cryptos that amount of time will need to become really really small for that to become a concern as these cryptos don't re-use their private keys and the only way for the QC risk to matter would be out racing the transaction with a competing high-fee transaction before the original one is confirmed.

There is however a specific type of crypto for what the time-window is a lot larger and thus the threat a lot more urgent. Not super urgent, we are still a few years away from quantum computers becoming large enough to pose a threat, but way more urgent than for cryptos that don't rely on key-reuse.

While QRL, The Quantum Resistant Ledger isn't the type of blockchain that would normally be at risk, at least not any time soon, it is a remarkable blockchain that is hugely undervalued in that it is way ahead of it's time implementing quantum-secure hash-based signatures. QRL showed us the way, and while there are some shortcomings to the way QRL chose to implement this, for the space where it operates it's a huge step forward.

My coinZdense project is derived partially from what QRL did, using XMSS as ECDSA replacement, and partially on work I did, using secure hashing in the computer forensics and capability security realm. The project started out as a DHF proposal that failed to gather funding, and was later reshaped into a project aiming at a wider range of blockchain projects. The basic idea of the project is to create a set of libraries for a wide range of programming languages. A set of libraries geared specifically at utility blockchains, DEX blockchains, and other key-reuse-by-design blockchain technology. The libraries aim to be very much parameterized as to make a custom fit for any specific blockchain project possible.

When the HIVE DHF proposal fell through, a few languages were dropped from the roadmap and others were added in order to become a better fit for a wider range of potentially benefitting blockchain projects. The list though is very much a priority list. I currently have roughly 6 to 8 hours a week for this project, making it unlikely the bottom of the list will be reached any time soon. With funding, however, I could increase this to up to 24 hours per week for a while, bringing the whole list within reach.

With or without funding, there currently is no room to put Ruby or PHP back on the list.

I'm not a financial guy, and while I'm sure any blockchain project ending up using coinZdense libraries will eventually benefit in market prices, that's really not all that usefull for finding funding for my development work. I tried a tippingjar page, tried Patreon, but neither finances nor marketing are really my thing, so, so-far, nothing. I don't want to spent too much time looking for funding either, as with the limited time I have, I rather be using that time to do design and coding.

So I'm giving scaling up my hours one last try. I created a funding-token on hive-engine. The COINZDENSE token. The idea is that you can fund me scaling up my hours by buying COINZDENSE tokens. The token is capped ad 60,000 COINZDENSE, and 59,000 of those are in outstanding sell orders. If you buy them and my project becomes a success, your ownership of the tokens will prove you a crypto visionary. Will they ever become a wise investment? Probably not, maybe, I don't know. They might. I'm keeping 1000 tokens for myself just in case. Will they be something you can show off to your friends if the project becomes a huge success amongst crypto projects? I think that is likely. Maybe one of these projects will do a nice airdrop too, using your COINZDENSE stake (staking isn't currently enabled, but likely will be if the discounted tokens order gets filled).

So will buying COINZDENSE be an investment? I really don't know, and I urge you to not look at it as a direct investment. You are investing in the future of utility blockchains who's coins you already own and buying COINZDENSE gets you a reminder of your 20/20 vision in that regard. It gives me the possibility to scale up the hours I can work on the project, and eventualy will give you influence over what programming languages I'll prioritize.

If nobody buys any COINZDENSE, will it break my project? No, it won't, chances are though I won't get much further than number three or four on my priorities list, reducing the chance of adaptation by blockchain projects relying on languages like Clojure, Go, or Typescript. But I'll keep working on the project slowly and steadily no matter what. Full funding will mean 20..24 hr/wk for at least two years, likely more, zero funding will mean 6..8 hr/wk for the forseable future. Big difference, and I'll keep working on it no matter what, but I really hope some of you are as pasionate about creating a quantum computer ready future for utility and DEX blockchains as I am, so: please buy some of my funding-token, and help me scale up my hours. 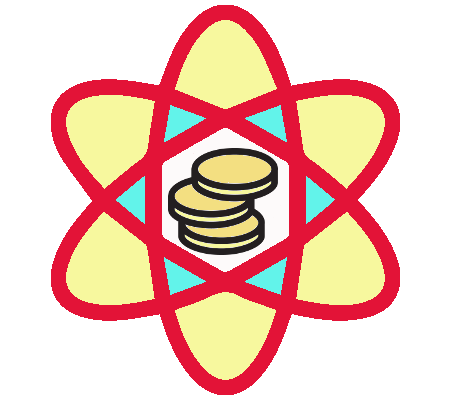