3speak is now Podping'ing and docker image being worked on

Podping has been running with one brief interruption since May! Since it was turned on as a live beta it was updated only once a couple of weeks ago for Hard Fork 25 when the Beem Python library needed an update.

In the background, however, I'm working to package the Podping sending part of the server as a Docker Image. I'm getting a lot of help from @alecksgates because he's a professional modern Dev and I'm guy who learned to program on a ZX81 and stopped in 1997 when my PhD was handed in.

If you're desperate to see what's going on there, you can see this branch on Github.

Separate to getting this Docker in a fit state to release and put into production, I'm using it for another purpose.

3Speak is a Podcast host

This is sort of a premature announcement here, and I'll be writing a lot more on this in a few days, but the guys at @threespeak have made a really smart move.

Every show on 3speak now publishes an RSS feed. RSS is the driving force behind all of Podcasting. What this means is that every channel on 3speak is now a Podcast! I'm using the dev version of the Podping Docker host so as anyone publishes a new show on 3speak, it is sent to Podping and also submitted to the PodcastIndex for indexing. That last step allows 3speak shows to show up in the growing group of Podcasting 2.0 Apps which use the Index.

You can see the result of this by searching in one of these apps for "3speak" on @podfriend. 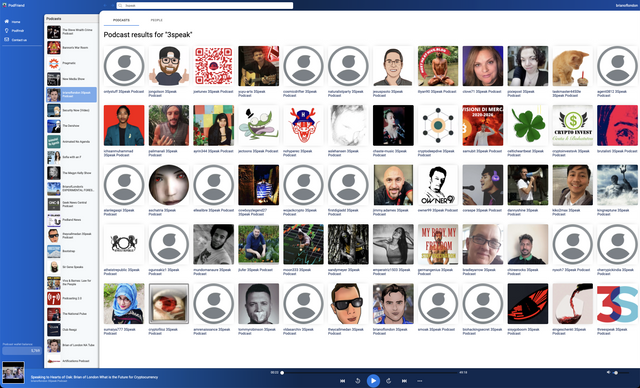 You can see my RSS feed here and the format is ridiculously simple!

But turning this on now simply works and has this effect: this is an online Podcasting 2.0 player called Curiocaster and 3speak videos now show up in here. 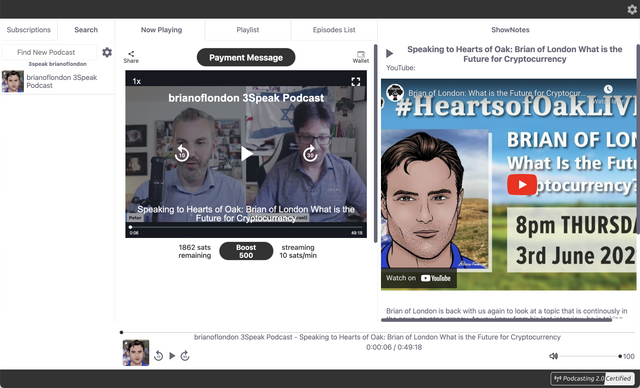 Podfriend is another Podcasting 2.0 App and has iPhone and Android versions in dev too. 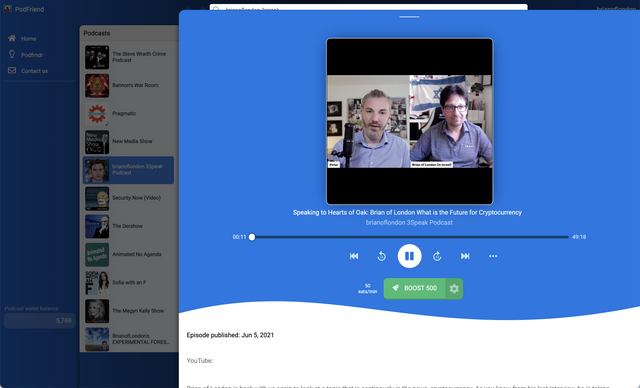 Suddenly @threespeak videos will show up in Apps and websites everywhere. This is decentralisation in action!

Podping has kept all the payments from the DHF, converted quite a bit to Hive and powered up and the rest remains as HBD. I've been studying the need for an API server but there are new developments coming from @blocktrades and the Devs which may make running a number of API servers specifically for Podping much more viable.