Alright! Let's get to know each other a little better through this challenging post. 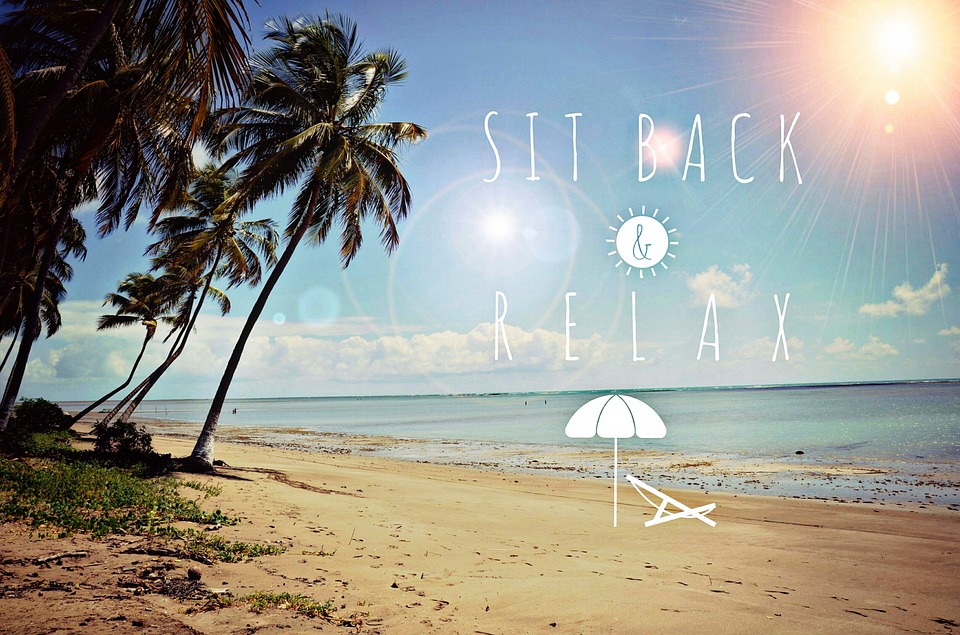 During these last weeks, but if not during these last months. I have noticed that I've been publishing a series of articles in which I have frequently been addressing social, political, scientific, technological, futuristic and in general current issues that must be affecting the whole humanity right now.

And in fact, I think that these issues should be of interest to everyone, in view as how things are going on in the entire planet. Or maybe I'm wrong and as the popular saying goes: "Ignorance Is Bliss" regardless of whether I like to believe that there must still exist more curious people in this world.

But whether it's one thing or the other, in any case, today I just wanted to share a very informative, entertaining and long video to find out which of these two categories of people that I have mentioned before you belong to in this world.

And hey! that I am only doing this to find out how many of you have already went through and had the experience of having to get up very early in the morning before dawn, every day, to go to work wearing a suit and tie to invest and dedicate no less than eight hours of your life daily to such weekly ritual and tedious activity as to have been able to eat and earn a living so far all these last years. Eh?

Because at least I, myself had to many years ago. Disguise myself every day with such a rigorous and pompous work uniform to earn a living. And in my old and veteran opinion, I get the impression that many of you here never had to do it. Well, at least not many of those who make a living in this hive ecosystem right now.

Either, because you are still very young and have never had to work for anyone. Because you have had the supposed luck of being your own boss only working for yourself. Or because from that old time when I had to do it, the world has changed too much and many of you have had the prerogative to choose and wear the "working uniform" with which you've been feeling most comfortable. };)

Finally and to close this post right here. Just to mention that I was thinking of debuting sharing this long video on the 3Speak platform, which seems to be the favorite platform for Vloggers on Hive.

But in view that they have not yet corrected the problem that I have already denounced many times before, in which the owners of 3Speak continue to insist that we provide them our "Active Key" to be able to upload and share audiovisual material with them which we would want that also appears in the Hive blockchain.

Well, I simply refused to do it and preferred to wait a bit more until they finally decide to correct the problem so I can make my grand entrance to their Vlogging platform at another time in the near future.

Meanwhile, it occurred to me to do a quick check to that other audiovisual platform on the Hive blockchain that actually allows us to upload and publish videos on their own platform at the same time as in our blog on Hive without having to reveal our "Active Key" at all in order to achieve it without any problem.

I only have the doubt that I don't know for sure how the format of this post will end up in Hive. Since D.tube has a very basic and primitive text editor and without any WYSIWYG functions at all. So we'll soon see how beautiful it ended up being.

And now to really finish this verbiage. I'll just add a very brief synopsis of what this interesting video that I want to share with all of you today is about. ¡Enjoy it! :)

The BBS (bulletin board system) scene of the 80s and 90s was a magical time. Long before the Internet escaped from the lab, connected the planet and redefined what it meant to use a computer there was a brave and pioneering band of computer users who spent their time, money and sanity setting up their home computers and phone lines to welcome anyone who called.

In the Summer of 2001, Jason Scott, a computer historian (owner textfiles.com) wondered if anyone had made a film about these BBSes. They hadn't, so he decided he would.

Four years, thousands of miles of travelling, and over 200 interviews later, "BBS: The Documentary", a mini-series of 8 episodes about the history of the BBS, was made available in 2005. Spanning 3 DVDs and totalling five and a half hours, this documentary is actually eight documentaries about different aspects of this important story in the annals of computer history. 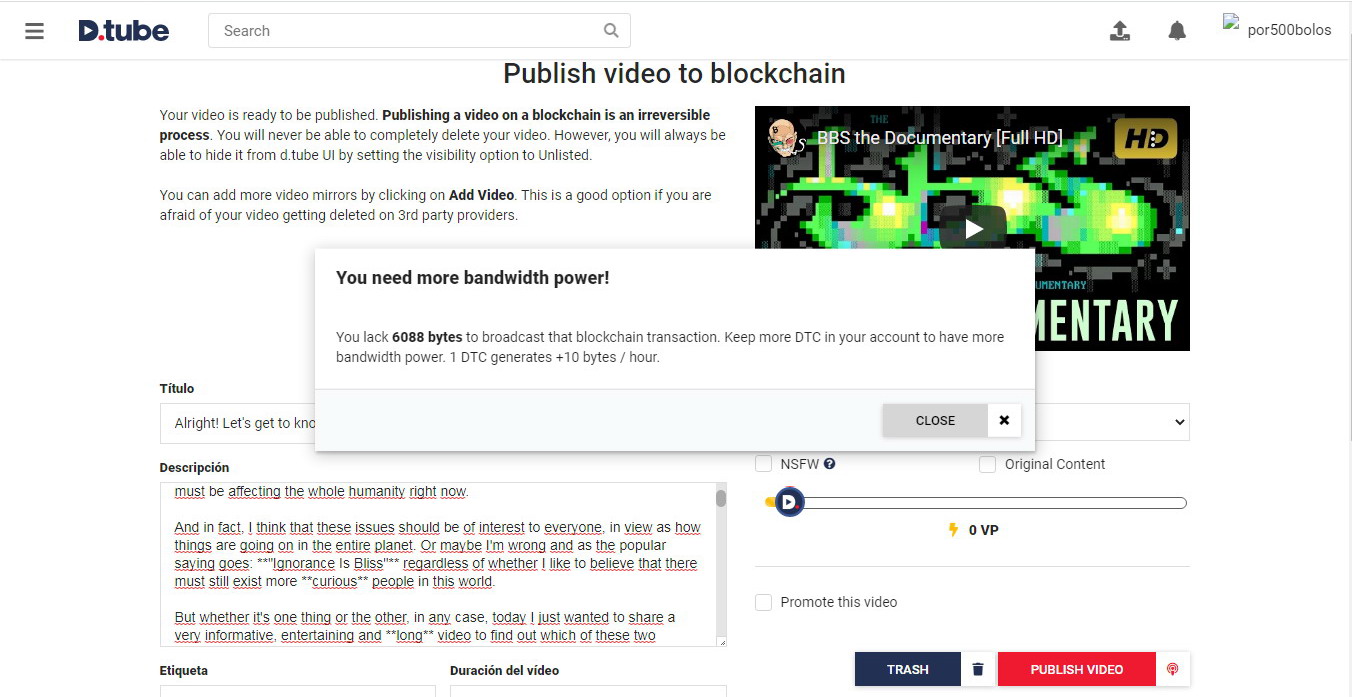 Apparently I need more "bandwidth power" to share this long video on D.tube. They say that I lack 6088 bytes to broadcast that blockchain transaction. And they suggest that I must keep more DTC in my account to have more bandwidth power. Indicating that 1 DTC generates +10 bytes/hour. Oh boy! I didn't know it!!

But what can we do now? ¿Huh? Usually, almost nothing goes as planned when we are just exploring. Right? Well, we'll see later how we solve this issue of using, uploading and publishing videos on the audiovisual platforms running on the Hive blockchain without inconvenients. Surely I will find a solution soon. ¿Isn't it? };)

So, for now we will continue doing all this the old way. As we the Ol'farts of the old school of computer sciences in the Hive blockchain, usually do all this all the time everyday. Then now, let's finally enjoy the didactic video as has been said!

LMAO... ¡WTF! And since misery loves company and there’s always a lid for every pot and no rip lacks for a patch and you can always find a companion in misfortune in this matter of unforeseen errors. Right now at 2:00am UTC when I'm trying to publish this post. I am now encountering these fascinating and mysterious error messages on both hive.blog and leofinance.io:

Did it happen to you too? Or am I the only one haunted here?

Oh! And if by chance you know what the hell means this cryptic: "transaction tapos exception" or "tapos_block_summary" error. Please, could you decipher it and explain it to me? Because... "Me no habla sinsentidos"

Congratulations @por500bolos! You have completed the following achievement on the Hive blockchain and have been rewarded with new badge(s):