So this week battle challenge is Tortisian Fighter and I found out I do not have this card. 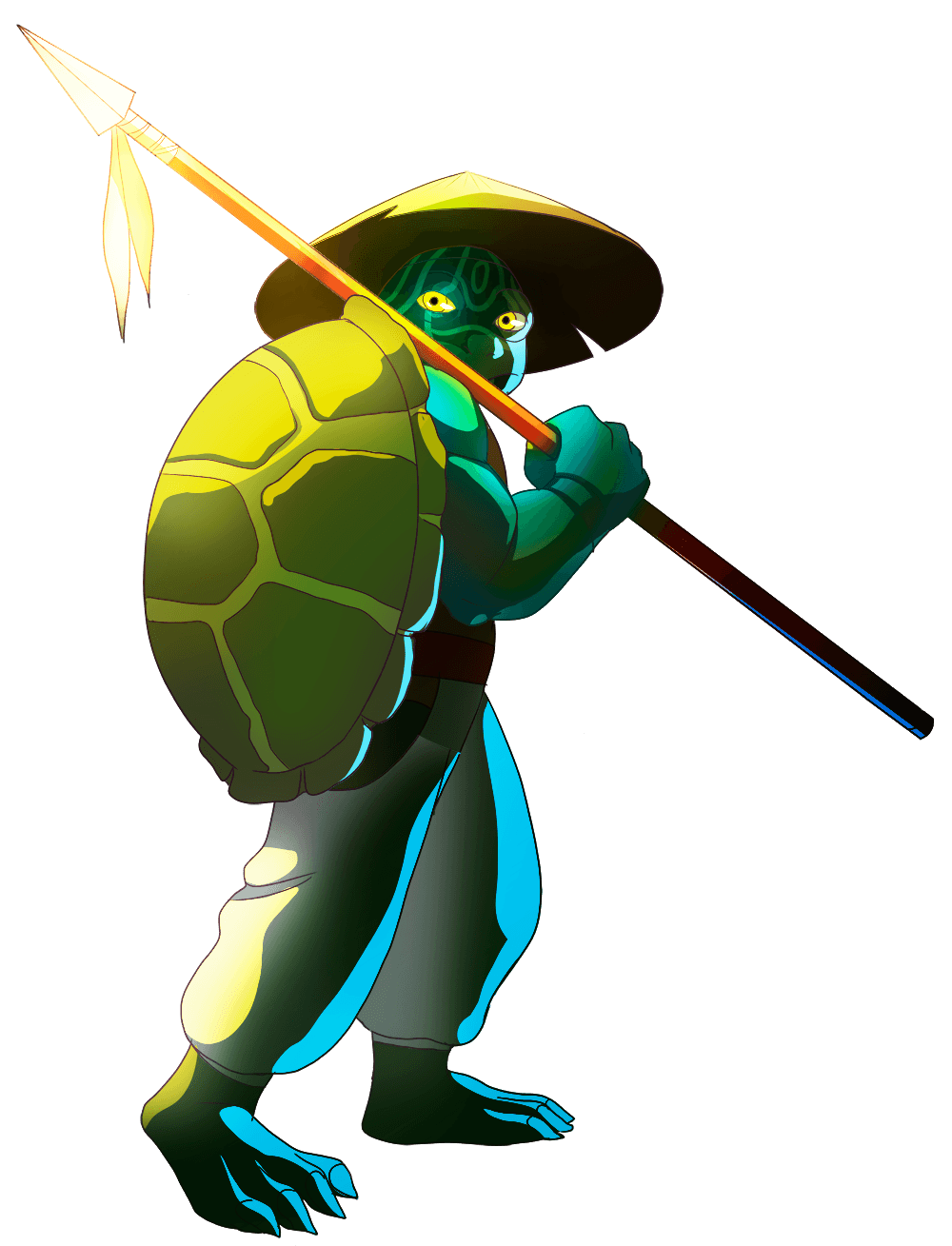 But before buying this card I just decided to check the stats of this card with another 4 mana card in water spliner i.e spineback turtle.

For a closer look let's look in the stats of both these card side by side.

Unfortunately,I do not have Water or Dragon splinter that can summon level 8 or more but I think @felipejoys shows the very real nice battle in his post 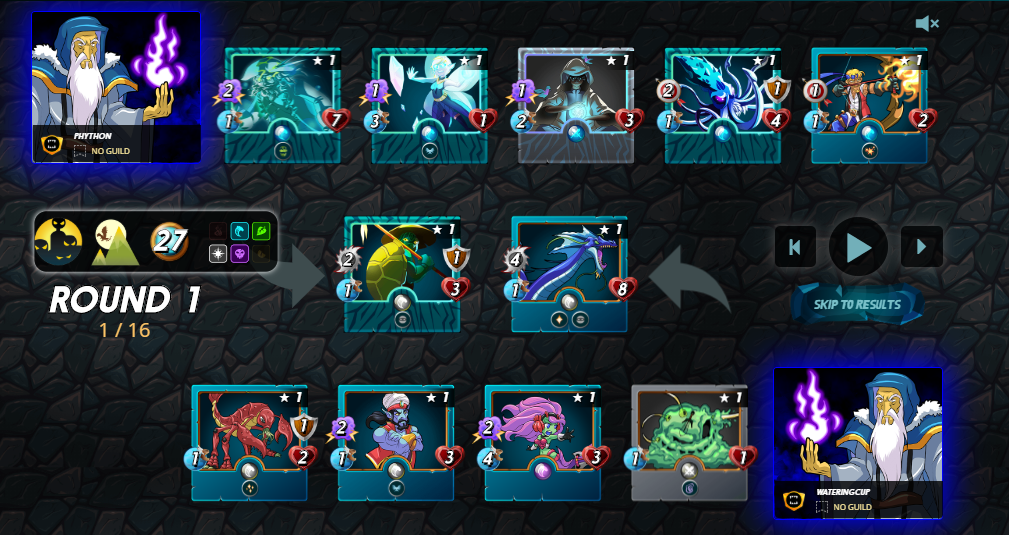 So battle is fully loaded with magic monster so Tortisian fighter do not stand the chance. 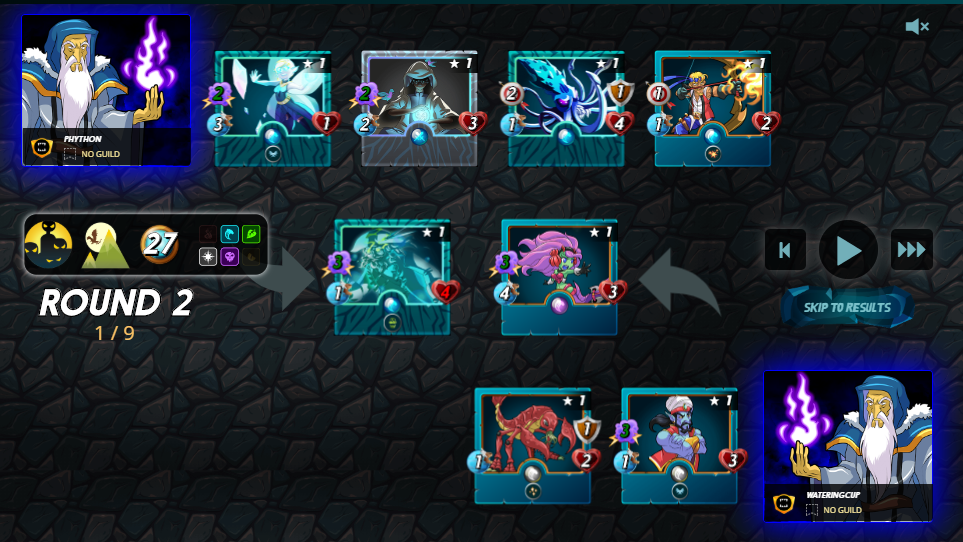 Now it is very clear I am going to win this magic dominated battle.

Note for my affiliates

I saw few of the player joined the game using my affiliate link and then stopped playing after few battles. If you have any difficulty in playing game, do not hesitate and join the game discord. It is really helping community and contact me here or on discord, I will definitely delegate you some card and review your game for your better game experience.