It is not surprising how LEO Tribe has been able to come this far. With many accomplishments over the time, the tribe has made some promising turnover for authors,curators and not to forget investors as well. That being said, with some turnovers of investing in LEO (Time,effort, money) seems to be one of the best investment from my side on HIVE eco-system. 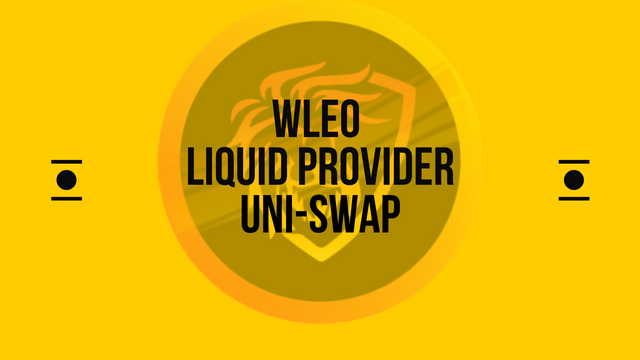 On another note, the recent re-launch of WLEO on Ethereum seems to be a success. Giving it more security and adopting to the current situation it was hard for me to not be a part of it. Yep, I believe in the term, being a part of the eco-system matters the most (no matter how small the contribution is)! With the recent launch of WLEO and after watching the broadcast from Khal and other users it was hard to resist thyself and not be a part of the liquidity pool. So after going through the interview and processing the pros and cons, I went into the pool and became a part of the liquidity provider.

The process was pretty simple and even for a nob like me I was able to do it with my first try. I am referring to this POST (interview/tutorial/sharing experience) call it whatever you want, I must say, it was a job well done by the team!

I have been on the pool for six days and even though I am aware not many significant improvements are to be seen on my investment (with a low amount) but it does feels nice to be a part of this whole operation.

Few reasons for being a part of this pool. The very first reason is the team behind it. They actually know what they are doing. Active with the community and they prioritize the community, which is showing some positive results in the everyday growth of this token. Another reason was these were the amount that were sitting idle in my wallet. I was keeping them just in case if we something amazingly amazing happens to the market. More like, keeping it a safety deposit. As I also have the safety preaution of pulling the funds out any time I want, where in other case if I would have staked it, I would have to wait some time to get them back in liquid form. Not that I am willing to take them out anytime soon though. Lets see what happens!

I did some calculation myself with the rewards coming out aggregated to everything, not that I am saying it something that will be make me very very happy but the impression of being a member of the pool is somehow satisfying as we speak. But yep, we all have alternate options don't we.

I am honestly looking forward to so many things nowadays and especially on HIVE, LEO, ETH and the grand daddy BTC. May we be able to see the BULL RUN once again! Adios, amigos!