One of the most basic strategy of making money (profits) off the coins, which we trade is by selling them off, at the right moment! It does applies to different markets as we speak. Although, the amount of time to hodl them (tokens), depends entirely upto the owner of the token. Which preferably refers to the short term and long term profits. 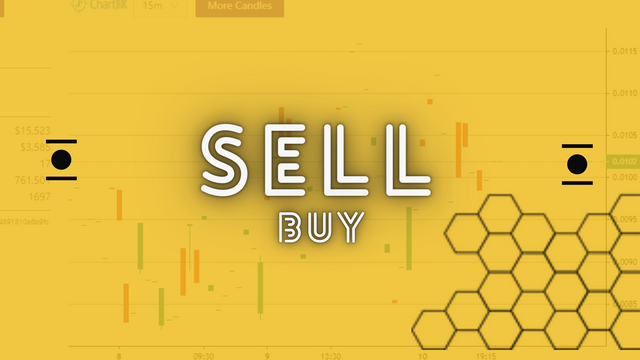 Some of my recent investments and my sold offs, which are somehow related to HIVE/this blockchain.

KOIN: Yep,the coin which literally made HIVE uers go into FOMO mood for some days. Even for someone like me who is not really interested in mining, ultimately got into it. And I have to say this FOMO really got into me like plenty of others. While what is the current situation of this token, let's take a glimpse :

As you may see the price right now is arount $0.01 . Which was not really expected tbh. But come on with mining and that even with a GPU what do you expect. These are free money for some miners and dumping those tokens into market every time they get to make some bunch. Honestly, for some reason I had this hunch and thought this might happen as soon as I heard about GPU mining. Sold all my KOINS while it was little higher than my buying price few days ago. While since this sounds like a promising project, I will try to get in once again with a decent price range (the lower the better). I will probably hold it for long term and will try to forget about it for a year or so.

Yep, this is one of the other token which I actually got via airdrop! Thanks to one of my friend in HIVE who shared the info. You get some more detailed info from here a post made by @empoderat, it reminded me of the airdop lol. I must admit, I became a little greedy here. I saw it's ATH and I was expecting a lot more from this initial airdrop and did not sell those tokens. But eventually I sold them 1/3 of the price. There was a mistake by a team member which caused people to FUD thus the price got affected by it. I am not really into THUGS no more but it does seems promising to me and if I get the chance, I will probably dig in once more.

Like I said, selling the tokens at the right time is the real deal. While for both the above examples, if I would have hold them for probably a year or so, the price might have effected a lot. Who knows my invested could have become double or even triple or in wore case scenario I would have lost my whole investment!

From what I have seen over the past years, when you are a long term player in most of the scenarios the field seems to play in your favors. By that I mean, most of the time a token hodler seems to be in profit in those circumstances if you pick the right token and you get in the right price.

Needless to say, without proper research "investing" is a waste of time, money and other resources. Whatever it is, even if it is the money that you are willing to bait/play with, do a proper research by your own and if you are satisfied with it, you may as well go for it! This is what I have been doing lately though and sharing them from my own experience.