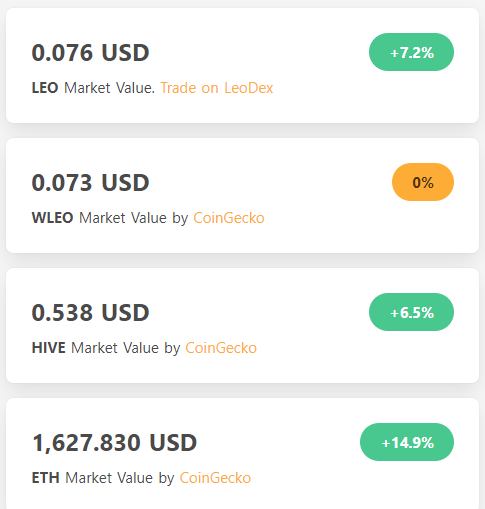 LEO topped out at above $1 a piece in the spring of 2021. The price of LEO was higher than that of HIVE for some time.

One way you can buy into LEO is to delegate Hive Power to @leo.voter. The APY which means the annual cumulative yield you get is 16%. That's impossible to beat by curating with competitive curation gone since HF 25. As a bonus, the onboarding efforts of LeoFinance will be easier the more Hive Power @leo.voter has because the more new accounts can be created in the same time.

I think there is a good chance LEO will appreciate faster than HIVE in the coming years.

Why? Because the market cap of LEO is much smaller than that of HIVE for one thing. Also, LeoFinance has so many developments going on including Project Blank, a microblogging app on HIVE. LEO is one of the coins whose reach will increase with all the DeFi apps added to the LeoFinance ecosystem.

I think the risk with LEO is relatively small at this time because there has been so much downside price action already.