On the Extreme Utility of Hive and Leo....

I first came to Hive (then Steem) as a blogger, and I thought then, and still think that the basic concept of a proof-of-brain blockchain that ‘prints ’crypto which is then distributed to authors on the basis of stake weighted voting by curators is nothing less than absolute genius. 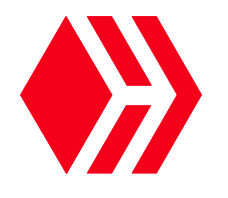 The concept is in fact extremely simple, which is why it is genius - I’m going to repeat it here, just a very simplified reminder of what Hive does…

There is a blockchain called Hive which prints around 25 000 000 New Hive tokens every year. The Blockchain links together:

The real genius of Hive is that it pays people for ‘doing social media’, rather than being played by a centralised platform like Facebook, having their data used against them and with no ownership rights over the data they post there.

However, the social media aspect of Hive is only just the beginning....

Leo is showcasing what is possible on Hive...

I think Hive is still very much operating at a sub-optimal level - especially in linking advertisers and business interests to a wider audience - It has taken development on LEO which is only just beginning to realise this - with the advertising for burn policy and the forthcoming release of Project Blank which will hopefully bring more eyes and then an increase in investors and advertising revenue and more buy back and burn of LEO tokens, and so on in a virtuous circle of an ever increasing LEO token price!

Maybe the next step is to encourage a few companies to invest in Hive or LEO and use their Vested Power to pay for people to write content in upvotes? Or pay them in their own tokens they mint?

DeFi on Hive/ Leo could be a real winner

I'm not sure what plans are afoot exactly for Defi on Hive-Engine or LEO, but I know there are rumblings in that direction, bleo is coming for staking to the Binance Smart Chain for example, building on wleo - but bringing Defi into Hive - that could give the token price a real boost, and with our low low transaction fees, that is something that could appeal to a lot of people.

DRAMA! And The deeper utility of Hive as governance experiment

I think we can expect a lot more Drama here when the Hive price goes above $1 and we start to see people getting outrageous payouts for shit-posts and the Downvoting starts.

But to my mind, that Drama is a good thing, we have it because we can have a say in how the platform evolves, and if you buy an absolute fuck tonne of Hive (A few million could well be enough to manipulate a couple of witnesses into the T20, with a little help) you can have a meaningful say in shaping Hard Forks that shape the deeper mechanics of the platform.

I think we just need to wait for this current DEFI craze to calm down a little and people will start to look around for blockchains and tokens with ACTUAL use-value and utility (rather than mere financial exchange value) to park some of their earnings in, and HIVE is an obvious choice - especially when it's got ALL THIS UTILITY and will also have some version(s) of DEFI in the not too distant future.

Man, what can I say to round off: this shit is getting real, and it's going to the moon!