My Trading Bias On GameStop Was An Huge Opportunity Lost 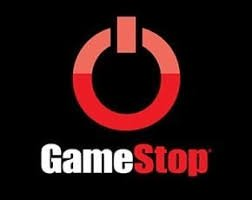 Trading bias, in simple terms, can be defined as an unnatural response to the market, an emotional or psychological preference for a particular outcome rather than a realistic assessment of the risks and rewards of acting in a certain way. It can come from a deep-rooted cultural bias toward expecting the market to react in a certain way, or it can stem from a lack of knowledge about how the market truly works.

Trading bias can have disastrous effects on traders' overall success because it keeps them from taking advantage of opportunities that might provide them with the true potential to earn large profits. It can also lead to false expectations of market behavior, which may not materialize as planned and leads the trader to lose even more money than he was able to make in the beginning.

Gamestop, the gaming retailer has been struggling with shrinking profits as consumers shift to downloadable videogames instead of buying physical versions from stores. GameStop has also been facing threats from the rising advent of game streaming, with technology giants like Alphabet Inc's Google, Microsoft and others getting into the still space.

The last time I looked at Gamestop’s, my trading bias said the company was on its way to extinction. I shorted it some time ago, only to get out for a lost. However, today I noticed the stock price nearly hit $40...a 10X return from the August low.

Earlier this week, the retailer reached an agreement with RC Ventures to place three of the New York activist investor's nominees -- Alan Attal, Ryan Cohen and Jim Grube -- on the board. A statement from GameStop said the three executives have "deep expertise in e-commerce, online marketing, finance and strategic planning."

The company also reported a quadrupling in e-commerce sales during the nine-week holiday shopping season. The figure accounted for about 34% of total sales.

Had I just removed my trading bias and just played the technical and went long when the monthly candle closed above the 12 simple moving avg. and broke the down trendline, this would have been an easy 20X return playing the options.

If Gamestop gets their act together, the charts suggests price could continue to move higher with a target at the monthly demand at $50 longer term.