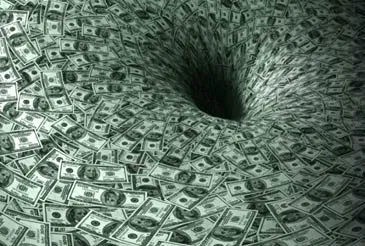 In the remaining months of 2020, we witness 20% of all US dollars ever printed as the US Feds injected trillions of dollars to help jump start the economy, at a minimal keep it from collapsing. Now the talk has turned to hyperinflation in the coming years.

Michael Saylor, CEO of MicroStrategy said inflation is a vector. Define a market basket of products, services, and assets that you desire, weight them subjectively, and you can have your own index. If you want a low number, place a bunch of abundant, low variable cost items in that basket. 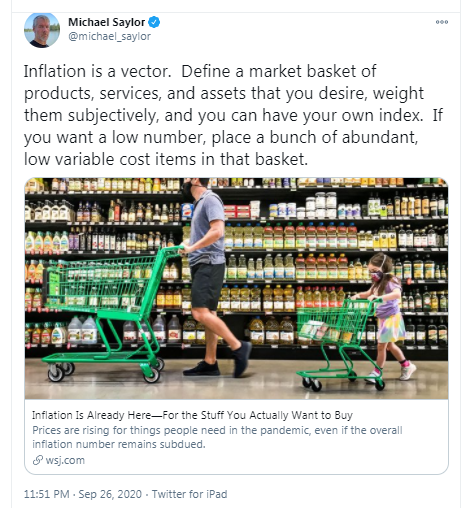 We get inflation number each months, but it’s very missing leading as Michael points out. Core inflation is basically CPI, but with the most volatile items broken out. Core inflation doesn’t include food and energy prices. As a result, there has been controversy surrounding the use of CPI as a reliable measure of the real inflation rate. But what’s not controversial is how the interest rate on the 10 yr note has been moving higher and rapidly.

U.S. government bond yields have registered some notable moves in the first few days of 2021. Should they continue on their current pace, they risk causing headaches for both policy makers and stock investors because of their underlying drivers.

In less than two weeks, the Treasury yield curve has experienced a significant increase in yields in longer-dated bonds, or what is known in financial markets as a “bear steepening.” The yields on 10- and 30-year bonds have risen 20 basis points and 22 basis points, respectively, during this period.

These moves come when Fed policy has continuously sought to repress yields substantially and keep them in a tight trading band. Should the moves continue, they would also challenge some of the strong drivers of funds into equities and other risk assets by reducing their relative attractiveness and by weakening the buy signals issued by models incorporating the discounting of future cash flows.

We if we do see hyperinflation, expect the 10 yr yield to blow pass the monthly supply at 2%.

That would cause havoc in the equity markets. So maybe shorter term, look for the daily supply at 1.375% to at least stall price.