The Bull Run Is Over - We're entering another 4 year bear market cycle! 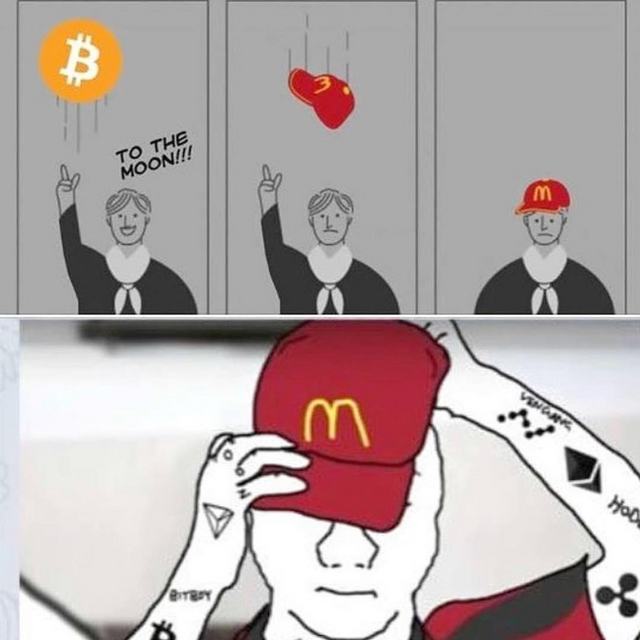 It's funny how the entire crypto market can turn from "full-blown bull mode, UpOnly™, we're all getting girlfriends and lambos", to back to "Oh shit, it's a bear market, back to working at McDonald's again" type of mentality in a matter of a few candles. My feed turned from moonboy bullish to overly bearish overnight. From extreme euphoria to fear, agony and pain. This is exactly how the bull market top will look like but that's most definitely not the case today.

Sorry for the clickbait though, it had to be done.

For clarification purposes, what's really going on today is that over-leveraged degens got a slap on the bum-bum for acting retarded with their magic internet moneis.

Once again the market wiped their greedy hands out of their positions at a loss.

It's a cyclical and repetitive cleansing event where the market kicks out highly leveraged positions before the next big move that follows the trend. In our situation, the trend has been for a while and still is, very bullish. This hasn't changed. 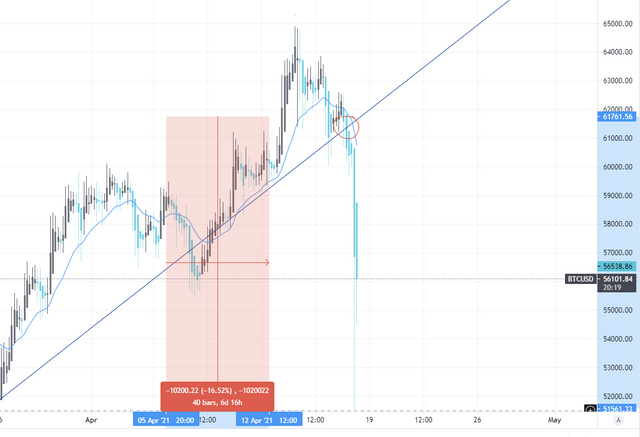 If you consider being overly exposed to an asset or using high-leverage as cancerous, then what the market is currently going through is a major chemotherapy session cleansing itself from toxic, degrading and life-threatening behavior.

It's a necessary thing.

Without such resets, whether it's a bull or bear market, it would be one direction only which we know for a fact is virtually impossible to achieve under any market conditions as it results in way too many people winning.

No bueno for leverage-exchange owners.

They can't afford to have most of their customers win!

Thus, they utilize the mind-boggling capital they've got at their disposal to create violent turbulence, swinging the market sometimes even as much as 90% in order to clear out leveraged positions of their customers. Some exchange owners are infamous for this exact malicious practice.

To the point where I wonder why traders still use their exchange? 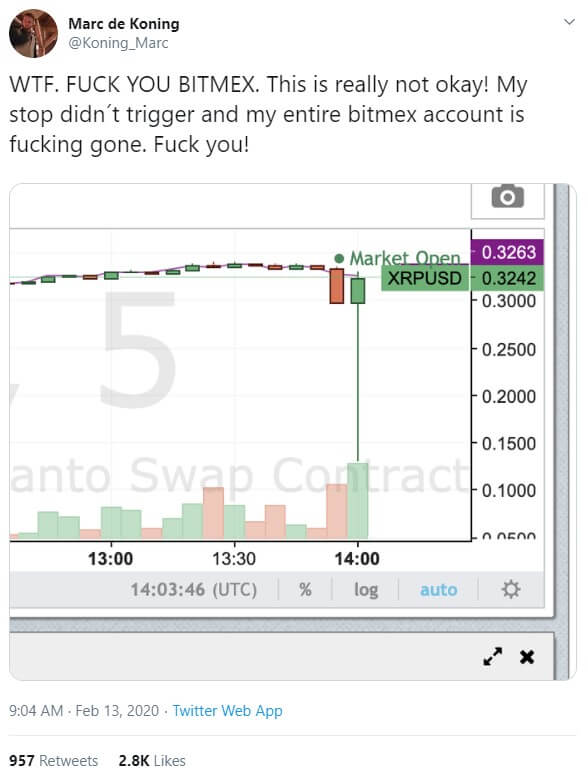 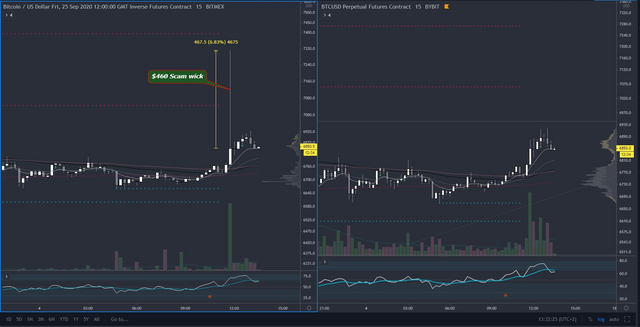 Bitmex scam which vs no whick on other exchanges

It's not only ShitMex though.

Other exchanges are well known for similar, scammy behavior but it's not a much talked about topic for some reason. Now what's happening today is that the entire market is moving with extreme volatility, not just prices on one exchange.

Who benefits the most from such a scenario?

Crooked exchange owners and their cronies.

They simply collude with the intention of manipulating the market in order to steal their customer's money and achieve it through liquidating their leveraged positions. It's a fucking robbery in broad daylight and only a minority of people are aware that it's happening.

This is the result of today's heist.

Close to ten billion dollars erased from trader's balances in a heartbeat.

The most ironic thing is that if exchange owners are really doing this, which I'm certain they are, as they are the ones who benefit the most, is that they are doing this with our own money. Not your keys, not your crypto. Each token we have on an exchange is just an entry in their balance sheet that they owe us a specific amount of that token. Until we claim them, they can use our capital however they like.

You can be sure as hell that they use it to trade against us.

They simply can't afford to have countless apes with 50, 70, 100x leveraged positions in billions of dollars of unrealized profit to snowball into trillions as the bull keeps raging on.

Worst part is that the current move down not be over yet.

As bad as some charts look right now, this could have been just the first step down. Another few might follow suit. Further decline wouldn't come as a surprise so get your tethers ready to bid because if we keep going down, that's where the real money is made!

The trend is your friend and it is bullish!

Don't forget about this simple fact and don't let the volatility scare you into selling red candles.

When others are fearful, you do what my young padawan? 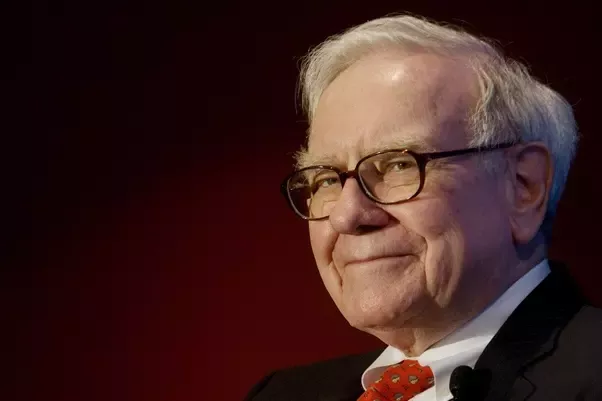 If you've answered incorrectly though then, oooooof.

You are going to have a tough time emotionally trading these rough market conditions. To the point of oxymoronity where you'll end up losing money in a bull market. Get your shit together anon and keep your emotions in check!

These moves don't faze me as I know where we're going over the course of the next six months to a year. Just kick back and relax, buy some tokens when they are cheap, sell the pumps and enjoy the ride. 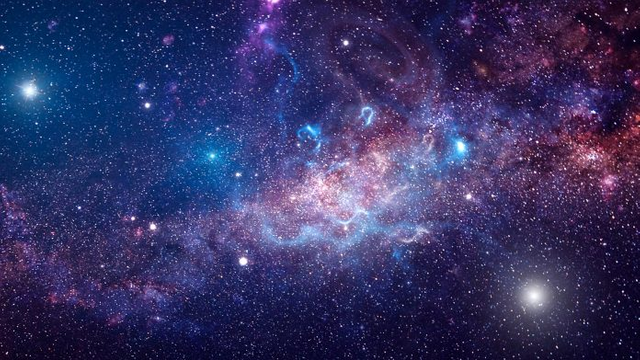 If it wasn't obvious enough, I'm not a licensed trading expert. This article is not meant to constitute trading advice and should only be considered as an entertainment piece portraying my crazy thoughts and ideas about the market.