Current state of the crypto market is abysmal.

The bull run is in full swing and the cockroaches have re-emerged from the void with a mission to separate us from our hard-earned coins by pushing out scam after scam after scam. Day by day, month by month, ever since participants of this new world crypto economy have started multiplying their investments. It's infuriating to see the amount of shade these bad actors are casting on the entire crypto sector.

In a matter of a few months, they have managed to turn what was once a battle for personal sovereignity, decentralization, and freedom into a casino where "investors" (read gamblers) are trying to catch the next big meme coin that will pull a few thousand X's like Shiba and make them rich in a few weeks. 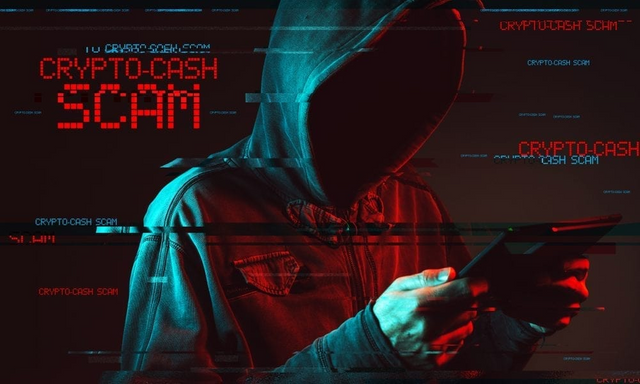 People, especially this new breed of "investors" like the ones you get to see talking absolute nonsense about investing on TikTok, are to be honest, extremely stupid, and gullible, making them easy prey for the cockroaches of the crypto sphere.

The worst part being, it's not only meme coins that are scamming people out of their shekels.

The list just goes on and on, it's depressing.

As a result, not only are countless people getting scammed out of riches but these atrocious and malicious "projects" are delegitimizing the entire crypto industry.

Now that the outside world has got the foul taste of how scammy cryptocurrencies can be, being scammed themselves, or having seen someone close to them get scammed, people become rather skeptical about cryptocurrencies in general, legit cryptos included.

And if that wasn't enough to get your blood boiling, just imagine the selling pressure exerted by these scammers when they start cashing out their "earnings". It's incomprehensible to be quite frank about it as there are hundreds, if not thousands of these scams going on right now. Collectively they are stealing tens of thousands of bitcoin and hundreds of thousands of ethereum which they proceed to dump on us, devaluing our investments.

To say that the crypto scene is a wild west would be a mighty understatement.

Resulting in an environment in which it's painfully difficult to not lose money, especially for newcomers.

For this reason, I'd like every single one of you to double, triple, and even quadruple check what you are investing in before pulling the trigger and aping in just to be 100% sure that the token you are buying isn't a money-grab/scam/rug in the making.

Stay safe out there my friends!