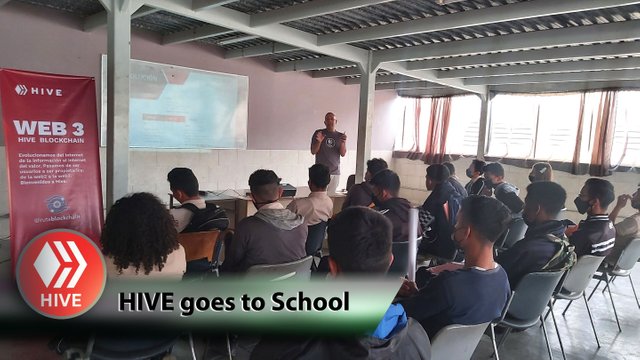 We are very excited to present our great educational project: Hive goes to School.

We are happy to finish the first week of the project, where we gave 11 talks to more than 270 high school students. This project aims to raise awareness of the opportunities in Web3.

These first 11 talks, out of a total of 40 that are planned, were given at the: Escuela Técnica Industrial San José Obrero. This school is located in Antímano (Caracas) and is part of the Fe y Alegría chain of schools.

It is an institution located in a humble area and provides education to low-income youth. The information we gave them could change their lives.

Give 40 talks about Web3 and Hive, in schools in Caracas, for students in the last years of high school.

The main objective is to make Web3 known, from its origin to its professional opportunities. With these talks we expand the ideas of professional projection, for many students who are at the age of deciding what to study in college and in what area they want to develop.

With these talks, a world of possibilities for growth is opening up to many young people. In this first week we have already seen the impact that discovering this information has had on them.

We started the talk explaining the origin of the term "Web3" and the differences between Web1, Web2 and Web3. We also mentioned the evolution of the Internet and how it is changing what they know about it. Also that their generation will be the one that will live Web3 the most.

After that introduction, we started with the specific areas:

The most important points we highlight as characteristics of Web3 are:

Hive as the friendliest gateway to the Web3

Something to highlight is that Hive is the blockchain protagonist, because of its ease for anyone to join Web3. In Hive you can participate for free and start learning all the benefits of this new technology, unlike other blockchain that require capital investment.

We also explain the benefits of a stable decentralized currency like HBD.

One of the problems we get from teachers, is that students are not very clear about what to study. They know few options and high school educational programs are not linked to the reality on the street.

We have to say that we are very impressed, since this school seeks to change that, offering its students the opportunity to learn technical subjects such as mechanics, electronics, etc; in its wonderful workshops.

Thanks to our talks; the students have more breadth, about areas that can be very interesting for them. That's why the main focus of this project is to give them information on how Web3 is full of opportunities for them.

At the end of the talk, we mention the most demanded professions in Web3:

More than 70% have heard "bitcoin" and "cryptocurrencies".

Of bitcoin they know it is a digital currency, nothing more.

One student said that NFTs are images that are bought to sell expensive. This caught our attention a lot, observing the way many know this world, from news about speculation. We clarified that the value is in what this technology brings as solutions. We warned that speculation can harm the projects and the people who invest. It caused us to reflect deeply on the importance of our talks and the great responsibility we have to bring this information for the first time.

The school asked us to give a special talk for the teachers, who were unable to attend, as the students told them how interesting it was.

It generated interest in computer science. Unfortunately the school does not have a laboratory equipped to teach the subject. Most of the students do not have PCs, while they do have smart phones.

The school principal was very pleased with our work and recommended us to two neighboring schools to give the next talks. We are also generating ideas for integrating the school into Hive and beyond.

The benefits of this project are endless. After just one week we are already seeing enormous potential. With each talk, each intervention of the students, each meeting with teachers, the ideas for generating new projects are expanding.

We would also love to read all the ideas that the Hive community might have. Whatever they are, feel free to express them in the comments of this post.

Although we had some inconveniences at the beginning, since the Ministry of Education sent a communiqué to the schools to finish classes earlier. For this reason three schools suspended the activity until October.

We hope to complete the 40 talks before the end of classes. If not, they will continue in October at the beginning of the next school year. Then we will present a new project for many more schools.

This week we will work to send this information to the media and get media exposure.

This project is developed by @enmy @danielvehe and Maximiliano Bandres

Thanks to @guiltyparties for her support and advice. To @samgiset @enrique89 @hivecreators team for graphic design. 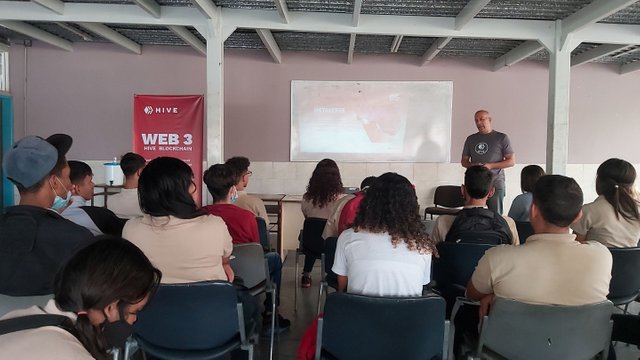 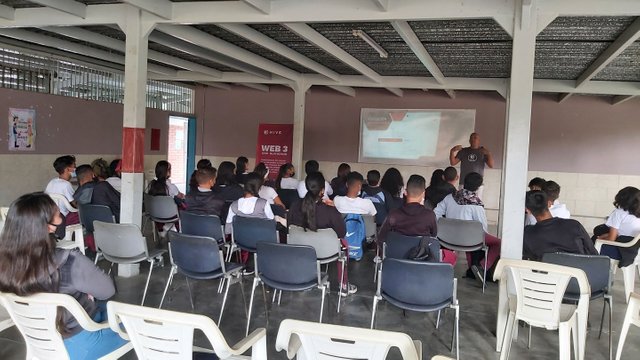 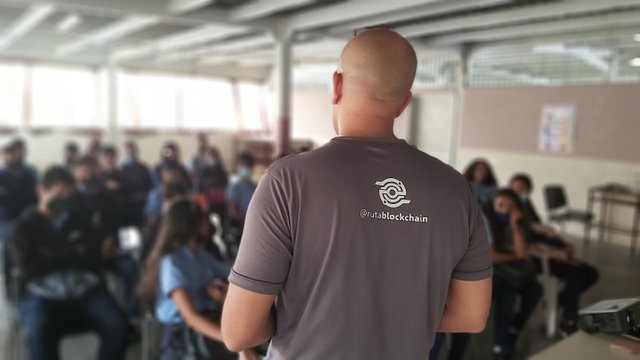 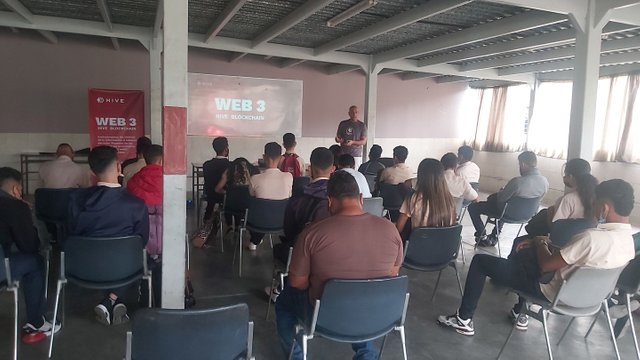 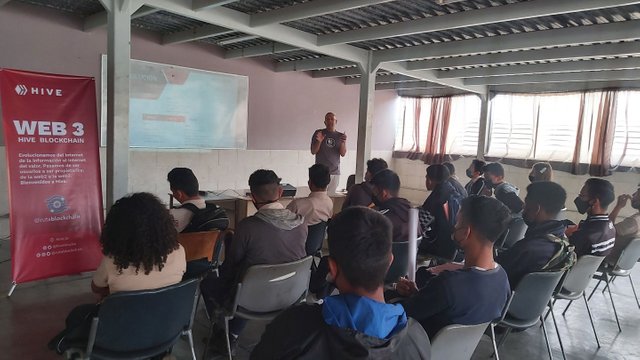 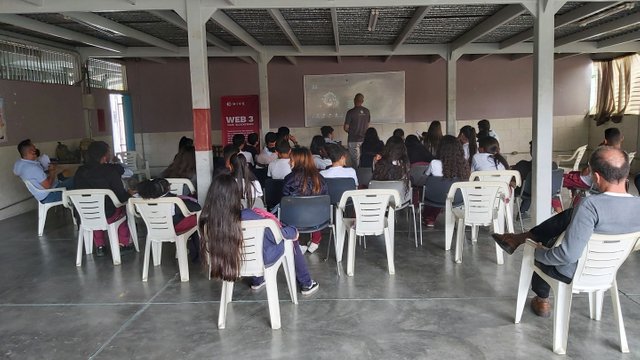 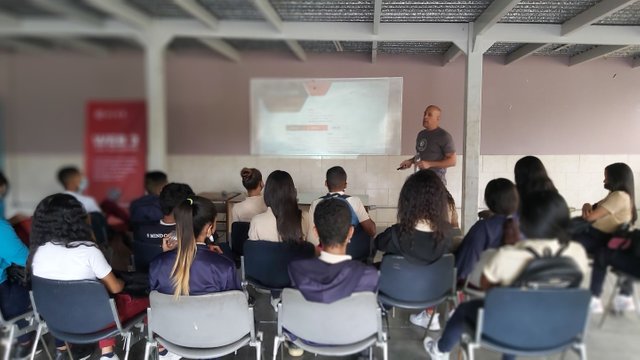 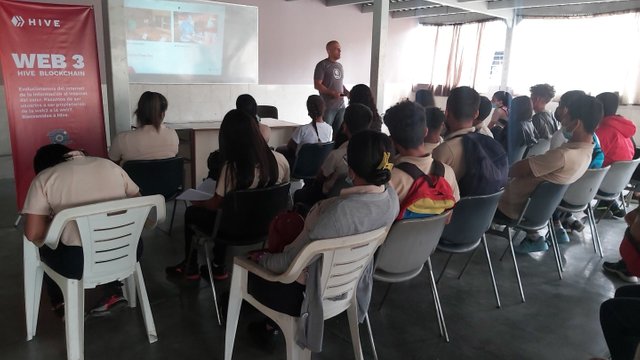 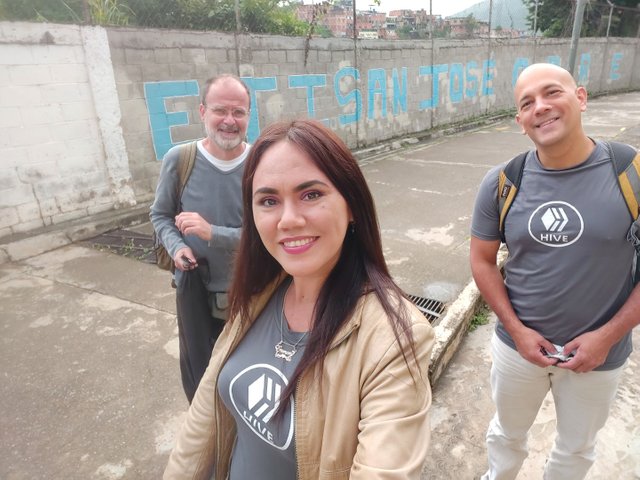 All photo galleries protect the identity of the students.

Wow, what a very noble and amazing initiative you guys are doing! Salute to everyone of you for all that you do to educate the younger ones about the blockchain and web 3. That is really awesome!
!PIZZA

Wow, what a very noble and amazing initiative you guys are doing! Salute to everyone of you for all that you do to educate the younger ones about the blockchain and web 3. That is really awesome!

Thank you very much, we are very excited about this project and we are very happy about it.

You are welcome :) I can imagine how grateful those whom you teach are :) Hope more people will get to learn about these amazing technologies (blockchain, web 3 etc) and of course come aboard Hive.
!LADY 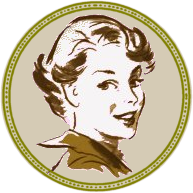 Congratulations @rutablockchain! You have completed the following achievement on the Hive blockchain and have been rewarded with new badge(s):

Wow, what a great orientations to the students.
At the end of this, hive blockchain would rally span

We hope to get good media attention very soon

The intention and purpose is adequate and promising, we would definitely get massive attention from the media.
Let's hope for the best

I did some lessons in Germany and know the amount of work you did! Respect and a !BEER

It is certainly a lot of work. Repeating the same talk over and over again can be exhausting. However, it is very rewarding.

None have registered yet. The project is about education rather than adoption. However some have shown great interest and will be with us soon.

Hey @rutablockchain, here is a little bit of BEER from @detlev for you. Enjoy it!

Yay! 🤗
Your content has been boosted with Ecency Points, by @palomap3.
Use Ecency daily to boost your growth on platform!

Congratulations @rutablockchain! Your post has been a top performer on the Hive blockchain and you have been rewarded with the following badge:

Can you guys make it to Jamaica? We host monthly workshops featuring Hive, and would love the speaker/educator support!… https://peakd.com/@caribdao

We have the motivation, the passport and the time available. We lack the resources 🤑

No probs, I own the retreat 😊… partially thanks to Hive back in the Steem ages. 😅

We can comp an all-inclusive package/s, figure out the scheduling (and flight info), and negotiate compensation. Really depends on the size of your team.

Nice I will like too replicate this in my country